Two weeks ago, I worked off some of my community service hours by making fun of Democrats. Now it's time for me to consider the Republicans. If you want the short version, they're a bunch of unattractive white men who all agree on pretty much every issue, and also Ron Paul's a nutcase. Here's the long version: 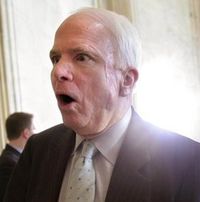 Current job: Senator/The grumpy grandpa you're embarrassed to have your friends around

Things that are older than him: God, the Earth (unconfirmed), possibly Madonna now.

Reasons to vote for John McCain: 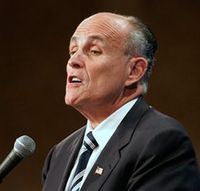 Reasons to vote for Rudy Giuliani: 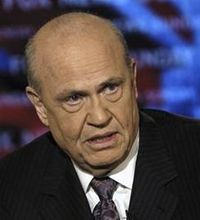 Biggest fear: Waking up one day very small and having to fight for his life against ants

His nose is: Really big.

Reasons to vote for Fred Thompson: