An Awful Guide to Development Economics

Economics is known as the depressing science. Nowhere is that more apparent than in the field of development economics.

Development economics, or the study of loser countries, requires a full prescription of Paxil just to get through. If you like distended bellies, infanticide and massive amounts of inequality between genders, castes, and ethnicities, you'll like this course. What could be better than the study of countries full of people who think it's okay to take a super soaker full of acid to a schoolgirl's face for having the audacity to attend classes? Today we'll go over some basic concepts that'll make you want to hang yourself.

Through much of the era of modern civilization the world has been divided into first, second and third world countries. Though this terminology has fallen out of favor since the Cold War, Earth is still very much a divided world. 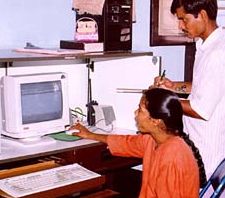 My favorite things in life are pictures of foreigners looking at computers.Many of you reading this article have access to clean water, education, health services and a wide variety of cheap prostitutes. Others aren't so lucky. Hundreds of millions of people in Asia and Africa live in absolute poverty, which is roughly just over a dollar a day, or $400 a year. Goons spend more than that per month on Warhammer figures. What some people spend on Starbucks every month is more than the per capita income of some countries.

Which brings us to an important concept in development economics, white man's guilt. Development economists believe that every time you bite down into that prime rib pork chop of yours you choke a little bit and a fly lands in your apple sauce and you eat the fly and when you realize there's a fly in your mouth you start spitting it out but it's futile because the fly bits and the wings and legs and stuff are just everywhere and you have to go wash your mouth out and on the way to the bathroom you trip on a bar of soap, hit your head and die.

Only then do you know what it's like to live in a Less Developed Country.

Development economists like to make a distinction between economic growth and economic development because if they didn't they would be out of a job. Economic growth is making your country's Gross Domestic Product, a country's equivalent of an e-penis score, as large as possible. But a large GDP can mask several deficiencies within a country such as income inequality, lack of human rights, and having nothing good on TV.

Economic development, on the other hand, if your other hand wasn't cut off after you were caught stealing bread for your starving family, is the improvement of basic human rights, public services and freedom of choice. It's narrowing the gap between the rich and the poor, improving literacy, life expectancy and creating more opportunities for citizens to get fat and lazy.

A better indicator of growth is the Human Development Index. This is a weighted index that ranks countries based on their scores in health, knowledge, income, and bullshit. Health is based on life expectancy, which is longer for women everywhere in the world except in Phil Spector's house. Knowledge is based on literacy rates, where men have the upper hand due to a belief that is prevalent in most countries, women readers make for bad harvests. 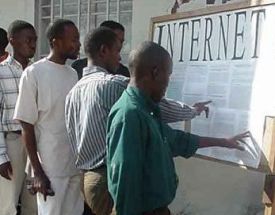 Bullshit is the most important part of the HDI recipe. Bullshit is the amount of nonsense you have to deal with just by virtue of living in whatever awful country you happen to currently reside in. It may come as a surprise, but the bullshit levels in the United States are relatively small compared to the rest of the world.