An Awful Guide to Development Economics

Measuring economic development in less developed countries is difficult because many economies lack pencils apparently. Governments in third world hellholes are less able to record economic activity because they don't know what the hell they are doing and therefore black markets can pop up. These shadow economies were estimated to be equal to 76% of Nigeria's recorded GDP, according to this book that has a lot of fancy numbers by white people who study brown people for a living.

Problems also come up when comparing one country to other countries. Comparing countries by the exchange rate method can be misleading because of reasons beyond my control. It's not my fault, okay. 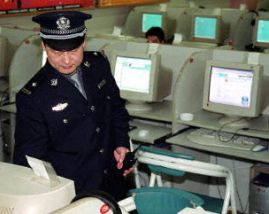 China's draconian Internet police is a step back for development!That is why economists use the Purchasing Power Parity method. The PPP method more accurately reflects the actual purchasing power of a currency. If a basket of goods, such as food, clothing and anime, is worth $10 and the exchange rate for Mexican pesos is 10 pesos for every dollar, then 100 pesos and $10 should be enough to buy the same Naruto Uncut Box Set in the United States and Mexico, according to the International Comparison Project, or ICP (also known as the Insane Clown Posse).

But it doesn't always work out that way. If Naruto DVDs are more expensive in Mexico, then that means that the peso is overvalued. But in Bangladesh, you might be able to buy more Naruto for your dollar, which means more bang for your buck, and that's money in the bank.

Essentially the Purchasing Power Parity Method proves that while poor countries are pretty damn poor, they aren't as poor as we like to think we are. Therefore, we are not as superior. Dang. But we're still pretty damn superior, and that's always something to be proud of.

An early cynic who predicted the demise of the human race due to our furious copulation was the Reverend Thomas Malthus. He theorized that the world was destined to starve itself due to overpopulation and wars would break out over the last Double-Doubles on Earth and after the last burger was consumed we would turn on each other in a cannibalistic World War where we eat the hearts of the fallen to gain their powers.

Of course, this is assuming that agricultural science would never invent anything more advanced than a hoe to improve food production. Didn't think of that, eh Malthus, you big genius??? I hope you're rotting in Hell, Thomas. We eventually figured out that slavery was the answer for cheap and plentiful food and the world has been a better place since. 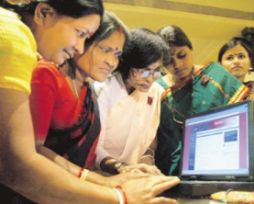 I felt that this image would really put this update over the top.In actuality, the Earth is more than capable of feeding the world's population. It's our ability to harness that ability that's in question. Disorganized markets, unemployment, widespread poverty and corruption don't get the food to where it's needed. In 1990, about 9 percent of the world's population went hungry. These poor souls have never experienced what it's like to do the dew.

What do you do when there's too many goddamn people around? Well, you kill them. No, let me correct myself, you kill the women. The issue of missing women is a moral dilemma in the developing world. In industrialized countries there are about 106 women for every 100 men. In developing countries, however, there are only 96 women for every 100 women. Considering women usually live longer even in these hellholes, something is amiss.

Because of the superior earning power of men, female babies are often neglected or killed outright. These practices could account for 95 million women that should exist in the world but don't. You should admire my ability to refrain from making a cheap joke about how at least there's less nagging or crazy drivers in China or something. Because you know it's true. Doesn't make it right, I guess...

The irony in all of this is that empowering women has a direct effect on slowing population growth. As the ones who actually birth all these there children, women who are better educated and participate in more lucrative careers have less of a desire for ingesting sperm into their vaginas and making babies.

As crazy as it sounds, if you think there are too many damn people on this planet, treat a woman as your equal!

The issues concerning economic development are numerous and boring. No one wants to hear about some country you've never heard and how their corrupt government operates out of a palace in the capital while the general population starves in the streets. Yawn.

I'll tell you what's more important. Weekend Web is now on Saturdays! Your favorite feature about awful Internet forums is back with a vengeance, and this time it's impersonal and maybe a little awkward. It's all here on the Internet!