A Letter From Latte Dad

Son, I don't know if you've been keeping up with my Twitter, so I apologize if I repeat any information. Since I'm out on my great big road trip, I can't talk to you in person and some girl at a club stole my iPhone.

I've been on a journey out here in America's Southwest. It's been a pretty wild adventure, and the locals are something else. It's definitely no Portland. I'm not sure what I expected to find out here, but I guess I just needed to get away from it all, especially your awful mother. 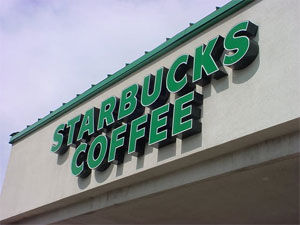 I'm at a Starbucks in Flagstaff that has some decent WiFi, so I thought I'd toss you an email. I heard through the grapevine that you're still mad at your old man. Figured I'd better try to clear the air. I'm not entirely sure what you're mad about, so let me just rundown the possibilities.

First, if you're still upset about the divorce, you need to realize that your mother and I were never really very close. Remember that time you came downstairs when we were having that party and you asked why everyone put their keys in a bowl and we told you we were having a "car swapping party"? Well, that wasn't really about swapping cars.

Never mind, that's not the point. The point is that your mom just can't keep up with me. I'm at the gym like two hours a day, and what is she doing? The lady has no culture. I'm sorry for upsetting you, but I just can't stay married to that woman anymore.

I know your mom was always concerned about money, but her buying you clothes from Wal-Mart was out of line. I didn't work my ass off as a marketing consultant so she could dress you like an extra from Hee Haw. If it's a crime to care too much about you, then I'm guilty as charged.

I'm sorry I forced you to use so much product throughout your youth. I wanted you to look cool as your old man. Maybe you were too young to appreciate hygiene. I don't know. Anyway, if you're still holding a grudge about that, I'm sorry. I don't regret what I did, only that we didn't see eye to eye. In a few years you'll understand.

I hope you're not angry about me not adding you on Facebook. I know we're family and all, but it looks kind of embarrassing if I've got my son hanging around posting comments on my wall and on the party photos I upload. It's nothing personal and I'm not ashamed of you, but it might close some doors with my female friends.

Sudden thought: Would you mind if your new mom was your age? Never mind, I'm thinking out loud again. Sorry, the barista here is cute.

I'm sorry I made you watch all those foreign films growing up. I guess I never really liked them either, but I wanted us to be more sophisticated. In retrospect it was probably a mistake. Besides that, I had no idea that 120 Days of Sodom movie was going to turn out that way. For some reason I thought it was a Fellini film when I rented it. I hope you've gotten over it. 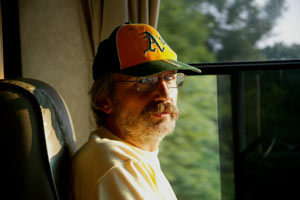 You could have it a lot worse when it comes to dads.Maybe I haven't been the best father, but you sure could have had worse. I was looking out the window a minute ago while sipping my Venti Mint Mocha Chip Frappuccino. You won't believe the guy I saw. Some grizzled hick climbed out of the back seat of a car wearing a lobster bib. He walked over to his trunk, popped it, and pulled out a big jug of water. First he started drinking from it, then he started pouring it on his hair and washing himself. Would you want that guy as your dad? Just some hillbilly roaming the Southwest taking showers out of the trunk of his car? I think you've got it pretty good.

I heard you got swept up in that whole Obama thing. I'm glad you're taking an interest in politics, but I think you got on the wrong bus. I've been around the block enough to know that Hillary was the real deal, and Obama is just a flash in the pan. But you're young and mistakes are a part of youth. Listen, you gotta trust your old man on these things. I know your guy won out, but it won't be long until you see the value of having a Clinton in the office.

Me? Not been having the best of times out here. Burning Man was fun, though a little too dirty. The service out here is awful. I stopped at a Chili's the other day and the waitress spilled a Cranberry Vodka all over my $500 jeans. Yeah, the pair I let age for six months before I even put them on. Your old man is definitely a long way from civilization. I guess It's about time for this old traveler to head on home.

They're yours now, son. Wear 'em in good health.Listen, son, I don't want you to be mad at me, so I'm sending a gift in the mail. You know my $300 Giorgio Armani sunglasses? They're yours now. They served your old man well out here in the wild Southwest, but now that I'm heading back to Portland I won't be needing them.

P.S. I don't know what kind of music you're listening to these days, but I just picked up the new Coldplay album from Starbucks and it's even better than the last one. Definitely check it out!