Subj: I HAVE THE POWER OF THE MOUNTAIN 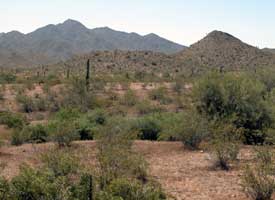 HI!!!! YOUR DAD here wanting to let you know that you dont have to worry about me anymore because like a lightning rod to a moth i have harnessed the power of a mountain.. 2 weekends ago I stopped off the road in a desert and walked up a hill and fell asleep near to a cactus and when I awoke there were 2 indian men standing over me talking their language so i got the heck out of there and as i was getting up one of them sounded like he was saying "mountain power" i guess I knew his language now even though I only formally know english. And then as I ran down the hill i looked back and one of them was having a heart attack or something it looked like so I probably did that as well with my brain. I peeled out knowing I cannot control this terrible ability If the cops start looking for me or send you a letter in the mail don't open it ! Long story short i believe the power of the mountain i fell asleep on was absorbed into me

I will use my mountain strength to make money !! lord knows i have tried enough money making deals in the last few years to choke a gift horse 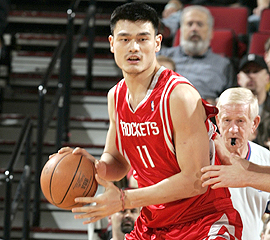 4) the tabloids don't listen to me anymore for no good reason. I have given them the money making opportunity of the millennium because i was at a basketball game with my old boss taking pictures and i took a picture at the right second right when a man was jumping and I got a picture where I could see Yao Mings bung hole 100% of it crystal clear. you can see right up his shorts all the way to the hole. Nobody wanted to buy this photo from me i was asking a pittance of $500 (actually i just took a picture of a weird tube-style flower but it looks like what i think yao ming's Pod Bay Doors look like)

5) i gave a witch $20 and my dream journal to give me the business sense via a magic spell. i waited nearly a month for it to take effect but only one thing happened during this time and that is i got a little bit hairier but you would never know it by looking at me

7) when we were scared that the homeless man we found was gong to die in our house we clipped a pinwheel to his nose so we could see him breathing while he was asleep. i went off to draw some box art for this invention but he took off out a window before i came back

8) i am still coming up with a way for people to see their skeletons (the one inside the body) on a daily basis because i think a lot of people need to be reminded who is boss in their life and here is a hint. Its not your boss or your great grand parents it's the skeleton that lives inside you every day

10) I wrote a book of slang terms in 1992 called TRASH TALK and sent it off and i remember getting a real dumb letter back saying "these aren't slang terms this just looks like a big list of all your favorite words" and i was like "well what do you think a book is, dummy?"

11) Remember when they discontinued that yellow-brown puke color of M&m's?? i still feel like we made the right choice in stocking up our only bad move was when the storage shed people called us after it got really hot out and our shed was leaking chocolate and fly larvae and we pretended to be police men and yelled right back into the phone at them

I am a man of many ideas and my brain is always churning with the end goal of making big money. dont think of me as just a man, imagine me as an olympic runner who starts out jogging and then stumbles a little but then lightning strikes him and he is given an awesome power. BYE DAD!!!!!!!!!!!!!!!!