Call Off the Search for Grievances 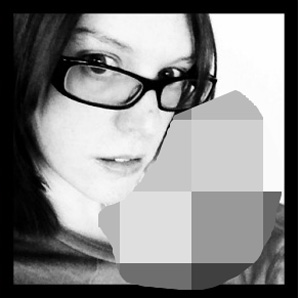 Oprah is not the only person stretching for grievances lately. It's a favorite of people on the Internet, like mommy blogger Katie Vyktoriah, who posted an article of her personal victimization on favorite victim website Huffington Post. She told the tragic story of her two-year-old son being assaulted by a bigot at the Walmart just for wearing a pink headband.

"Out of nowhere a big booming voice rang out. 'THAT'S a BOY?!' The man was overly large with a bushy beard and a camouflage shirt with the arms cut off. He had tattered shorts and lace-up work boots with no laces. I could smell the fug of cigarette smoke surrounding him, and there was a definite pong of beer on him & the man stepped forward, grabbed the headband off of Dexter's head and threw it to the bottom of our shopping cart. He then cuffed Dexter around the side of his head (not hard, but that is not the point) and said with a big laugh, 'You'll thank me later, little man!'"

Horrifying story, right? Fuggy, ponging bigots smacking toddlers for wearing pink? The full story is catnip for liberal outrage, containing ten different keywords sure to get tumblr firing on all cylinders. But a few people thought the story sounded a little far-fetched and started digging into Katie. Turns out she has claimed to have been the victim of kidnapping attempts four times, one of them successful, almost died in 9/11, and several other far-fetched claims.

As soon as her story was questioned she became suicidal and deleted pretty much everything she had written from the Internet. "Why didn't anybody DO anything?" Katie wonders at the top of her story.

A good question. Why didn't anybody file a police report on someone hitting her son? That Katie didn't is maybe the least believable part of her dubious story. This lady is a living, breathing police report. If you spit out your gum on the sidewalk in front of her house you are going to be a "stalker sending death threats" by the time the cops show up. 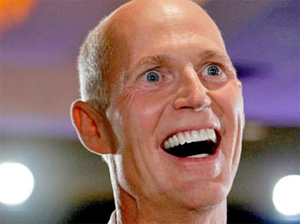 But don't assume it's just billionaire women and liberals being drawn to acting like victims for public consumption. Conservative white males have become masters of victimhood. If it's not a private dinner with the rich people complaining about "takers" then it's the goddamn war on Christmas, prayer in school, or some poor fucking kid in Oregon who wasn't allowed to bring a Tech-9 to his Montessori.

Anybody can be victimized, even Oprah, but not everyone is a victim. When you don't have a real grievance, you don't need to go hunting for one for sympathy, solidarity, or clicks on your mommy blog. It diminishes you and it diminishes real victims of violence, discrimination, and, I guess, secular mangers.

Not every moment needs to be filled with outrage over fake pink headbands and rude clerks and the war on fucking Christmas. Random people can be rude about a purse and it's not Django. You can get a dirty look from the black waiter or hear "Happy Holidays" and it's not the Dawkins apocalypse. You don't have to circle the Twitter wagons or blast it out on your mom blog.

I know this will probably be dismissed. It's hard to puncture today's culture of indignation. Any attempt is met with more indignation. We are now living through the Age of Grievance. We define ourselves by how much we can be offended and how much injustice we have to suffer, even if we're not someone who deals with injustice. We crave indignation.

I crave it. I'm just as guilty as anyone else.

You should know by now the real victims are white guys writing comedy rants on websites. We get paid in Bitcoins and are constantly friend zoned because we're such nice guys. Why aren't women attracted to our fedoras? Why can't we be Japanese?

Now that is victimhood.