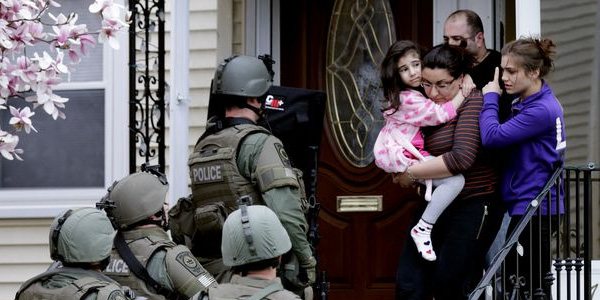 Over the past decade, you might say things have gotten a little complicated for old Officer Cudgen. Because my Jeep-specific motion sickness kept me from serving The United States during Operation Desert Storm, I turned to our local police force two decades ago, and they trusted me to remain motionless in a squad car for up to 12 hours a shift -- sometimes 18 if I fell asleep. I never caught a single perp breaking into that abandoned bingo supply warehouse, but I never saw one, either, so I guess I batted a solid 1000, statistics-wise. But on that fateful day America lost its innocence, I, too, lost something: years of quality time with my good buddy AM radio.

Now, I'm not going to say the Patriot Act hasn't done amazing things for us. We've got an entire garage full of military-grade weapons I personally can't wait to try out at the next campus sit-in. And the closing of schools, libraries, and youth centers to boost the police force's budget has certainly nipped our county's skateboarding problem in the bud. So there are perks to this new arrangement, even if it means being stuck in a firing range all day lighting up mannequins with our new heat ray instead of settling back into the naugahyde and letting Sean Hannity take me on a journey. But our hypersensitive world situation means every terrorist threat now needs investigating, even when they're generated by goofballs and pinheads with nothing better to do.

Kids, you ever run around in full S.W.A.T. armor? It's hot. The movies may make it look glamorous, but each of those guys is trapped in a kevlar oven, roasting in their own juices. So when some joker Googles "pipe bombs" and "good places to put pipe bombs," me and about 12 other guys have to suit up and head over just in case one of the thousand threats we intercept every day turns out to be real. Sure, I can understand some mix-ups. Just the other week we got a call about some anthrax discussion happening at a certain IP address, and when we smash down the door, what do you think we found? A cabal of Al-Qaeda loyalists? No. A bunch of damn teenagers looking up some rock band. I executed their dog on the spot for advanced friskiness, and passed on a few of alternate, police-friendly musical recommendations, including John "Cougar" Mellancamp's American Fool. I'm sure it wasn't easy to clean up all of that blood and fur, but I let those kids know "Jack and Diane" always puts me in a good place. 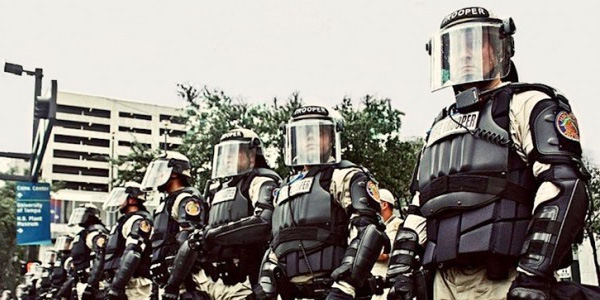 Sometimes, though, it's not so innocent. I'm not sure why you kids are so fixated on weapons these days, but we get some real nuts Googling and Binging their hearts out to see what high-tech offensive gear they can summon to their homes. I'll tell you this: look up the parts for a hydrogen bomb, and you might get to see a tank roll through your front yard -- but Officer Cudgen isn't going to be too happy about it. Sure, you might be able to get a picture of yourself sitting on the turret, but don't expect the city to foot the bill for anything we roll over in our relentless pursuit of justice. And that includes entire birthday parties, just in case your parents can't afford a clown and are looking for a way to entertain or intimidate a group of rowdy eleven year-olds.

Kids, I'm not going to lie: this is the situation we're looking at for the rest of our natural lives. I'm not any happier about it than you, but the least you can do is think about poor Officer Cudgen's back condition caused by prolonged exposure to taxi beads. So the next time you want to express an idea, just ask, "What would my buddy Officer Cudgen think of this?" If you guys would just stop saying and doing anything, it would make my life a hell of a lot easier.