The world economy has found its way into a bit of a catastrophic hell vortex, shredding the muscles and guts from our bodies and leaving us all screaming skeletons. Metaphorically. Things are looking up, however. Just last week I was spared by a roving pack of starvers, who had apparently been well-fed enough to greedily lick the salt from my skin then let me go rather than cooking and eating me as usual.

Even if things continue to get better, the job market will not be the same. Things have shifted. The old landscape has broken apart, and in its wake are limitless opportunities in new career fields that had never been considered before.

These are the fastest-growing careers in a post-screaming skeleton world. 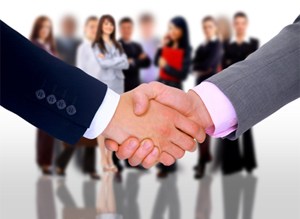 Fervently argue against the existence of Bagel Bites. Go on television to debate those who would claim that the frozen pizza-like objects are or have ever been real. Travel the world, slapping Bagel Bites out of the hands of unsuspecting folk as they attempt to fork the tiny bite-sized treats into their mouths. When presented with a box of Bagel Bites, fold your arms and shake your head with a bemused grin, declaring that anything can be photoshopped with modern computers and Paint Shop Pro.

According to the latest statistics, there are more than three thousand buildings in the world. Only a small percent of those have been touched. Walk along the outside of a building, letting your hand trail against the brickwork. Go double-handed, grabbing the building with all your might while you arch your back and wiggle your taut buttocks. Get up on top of the building and set up a complicated pulley system, then run along the side of the building while poking its surface with one extended finger at every step. Go to the building's corner, back up against it, then spread your arms out and behind you and grasp a wall with each hand, standing still like a majestic carving of a mermaid on the bow of a ship.

Start out as a little baby. Get bigger and bigger until you stop growing. Decline and deteriorate until you die.

Don't wear a cowboy hat. Never put on a pair of skinny jeans, boots, and a tucked in button-up shirt - especially if the shirt is sectioned into walls of different colors which may or may not be red white and blue. Don't line dance. Don't dip chewing tobacco. Never pick up a rope with the intent of affixing it to an animal that weighs more than you. Pickup trucks are a grey area. Driving a pickup truck with a race car driver sticker through mud is, however, a definite no-no.

Open your eyes so that they're wide and blank. Flick your tongue in and out. Stalk your town, hunching over slightly and making lizard sounds. Tuck your arms up and let your hands dangle near your shoulders like you're impersonating a T-Rex for some reason. Lay on your belly and absorb the sunlight whenever you can. Regenerate limbs as needed. 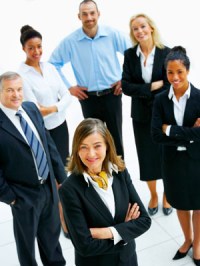 Get a broom and brush at the ground relentlessly, flattening it out. Repeat thousands of times until you have a landing strip for Civil War airplanes. Patrol the side of a highway, collecting discarded stacks of high quality lumber. Position all of your lumber in the shape of an airplane hangar, then nail it all together. Get a really tall ladder and put a bucket at the top. There, control tower.

Stock up on spare airplane parts, fuel, and ammo. Hire a staff of military flight mechanics.

Pick up a modern newspaper with the heading "THE CIVIL WAR IS OVER" and drop to your knees.

Pick up another modern newspaper with the heading "THEY DIDN'T USE PLANES IN THE CIVIL WAR" and scream in frustration.

Pick up yet another modern newspaper with the heading "THE CIVIL WAR NEVER HAPPENED" and vanish like Marty McFly on stage at his parents' prom.

Make your way to a large desert. Plant your hands on your hips. Look around. Nod in approval. Let out a long whistle.

In the comfort of your home, turn on the television. Make sure no one else is around and that you are not inadvertently streaming your actions through a webcam. Find a program to watch. Every time someone speaks, repeat their line in a sneering, jerky manner.

For instance, if the person on tv says "It's a bomb! We have to get to safety!", you say "Minn derr mamb! Pe dubba de dub ba terfty!"

Be sure to roll your eyes as much as possible, and to leave your mouth hanging open in a manner that conveys your distaste.