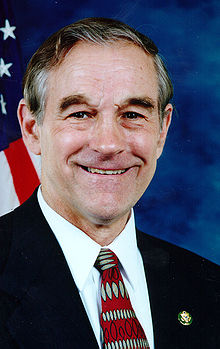 Is a man not entitled to the blood of his own self-inflicted foot wound?A menace lurks on every corner, greater even than the scourge of Black History Month foisted upon us by professional victimologists like Jesse Jackson and Al Sharpton. Of course, I speak of Deserved Gay Wasting Disease (DGWD), now classified by the federal government as "AIDS." The curse of promiscuity no longer haunts the bath houses and sodomy cabins of yore. Thanks to the iron grip of Big Brother, The Infected cannot be barred from entering schools, Churches or even curio shops (yes, the homosexuals have tainted the once noble art of antiquing). But there's no need to hide in your gun shelter (please see Vol. III, No. IV "The Last Resort") until the upcoming gay/race war makes our streets inhabitable once again. Like any rabid animal, the infected homosexual can be dealt with safely and from a distance by applying the following advice to your own life: 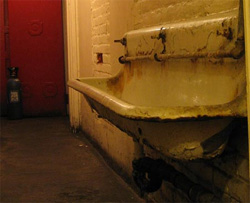 The trough urinal: like one thousand Studio 54s melted down and reformed in porcelain. 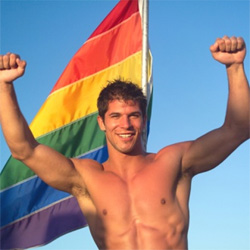 The proud history of my leprechaun ancestors has been forever poisoned.

Next month: a shocking expose on "Doctor" Martin Luther King Jr.'s complete inability to practice medicine. Did King's rampant womanizing and drug use cause this supposed "civil rights" hero to completely forget his years of so-called training? Continue donating to find out!