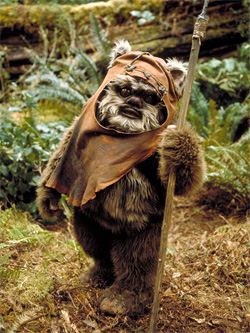 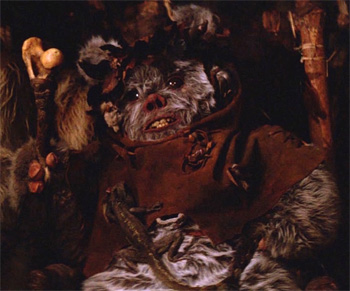 Yub Nub blasts from the sound system as CHIEF CHIRPA struts out, justifiably confident in his body, dead eyes daring the audience not to be addicted to his every move. He leaps at the brass pole, catches it, and stretches out upside down. His pet lizard falls off and scurries into the crowd. Chirpa's leather dickie flops over his head like something out of a medical oddities book. 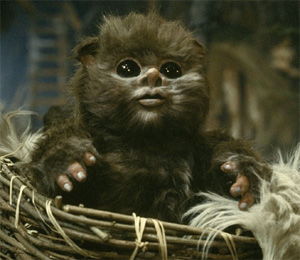 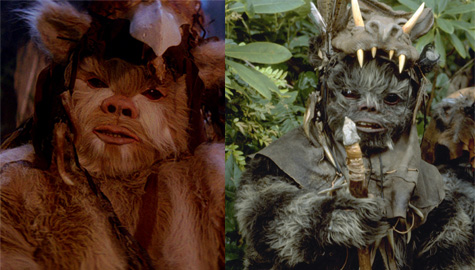 He's blindfolded and tied to the bed as his wife LOGRAY enters the room, three-feet tall, gorgeously dead-eyed, with little hands that one could imagine reaching out of the darkness and grabbing them. LOGRAY tiptoes towards the bed and is joined by drop-dead sexy and dead-eyed TEEBO in lingerie that makes him look like a monster choked to death trying to regurgitate a hairball. Oh yeah, this is going to be one hell of an anniversary. 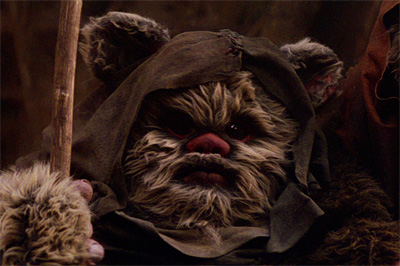 The door to the apartment opens and we see a hand straight out of a nightmare drop keys on the counter. The camera follows furry legs as they trot down the hall. A crude spear falls to the ground, followed by a rawhide pouch and a leather hood and, as the legs reach a bathroom, a pair of panties. A bath tub begins to run as we finally pan up and see WUTA, looking at himself in the mirror through dead eyes and dancing sexily as he prepares to take a bath. 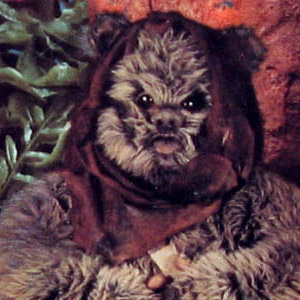 The door opens and the conversation stops immediately. No one in the doctor's office can take their eyes off the nurse, WAROK. He is like Venus fighting through half a hoodie someone found in a dumpster. His dead, black eyes never blink, because he doesn't need them to blink. 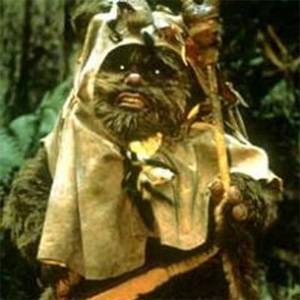 Open on horrifying lips ringing little blocky teeth. The lips are surrounded by fur. Stubby fingers, like a baby's fingers except surrounded by more fur, twist the lipstick up and begin to apply it to the disgusting lips. Widen the shot and we see PAPLOO, ready for anything city bear, putting on his lipstick in a parked car's side mirror.