Hands Off My Wand, Obama 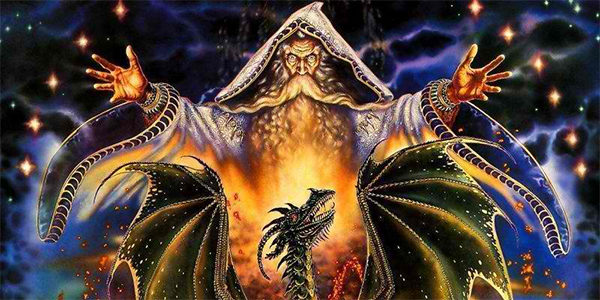 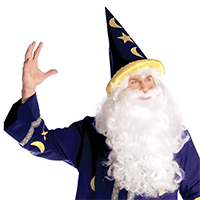 After a long, tiring morning of wizarding, there's nothing I like more than kicking back with a quality 13-dollar sandwich at my local Panera. And that's exactly where I found myself yesterday--the same as any other day in my wild life of being a wizard and printing custom t-shirts. But this lunch came with a surprise even greater than the time they accidentally gave me an apple instead of kettle chips. There I sat, waving my wand, causing lemons to squeeze themselves into my iced tea, unleashing the demonic wailing that mysteriously accompanies a good third of my spells. I lazily pointed my accessory at a nearby utility room, causing the brooms and other cleaning supplies to march alongside tables of smiling patrons. Just as the mop bucket began its waltz, causing viscous, lint-flecked water to spill from all sides, the manager, Ron, clamped his hand down on my shoulder. "We have to talk."

Ron and I used to have an understanding. I turned a few of his ex-girlfriends into toads--which technically isn't murder--and, as a way of showing me gratitude, he let me advertise my powers to a starch-enjoying public. And it's done wonders for my career over the years. You ever make an entire dish of those little creamer cups scream backwards-talk in unison? Well, I only had to do that a few times, and now I'm making nearly $800 per birthday party--which usually includes all the fistfuls of Chex Mix my poor stomach can stand. But those days are over, thanks to a new rule from the enlightened folks down at Panera HQ. Ron led me to the door, and showed me a new sticker affixed right next to the one that read "Most Improved Franchisee, 1998." Its logo was like that of the Ghostbusters, but instead of a ghost trapped in the middle of& whatever that symbol is called, I saw the one item I treasured the most: a wand.

Let's just say I was cheesed. I briefly transported that former Taco Bell (you can't fool me) to a dimension where all oxygen was replaced with fire, then quickly regained my composure. Once I called the police and reported the effects of what looked to be an unfortunate gas leak, I began to wonder what happened to this country, a land where magic was once as welcome in any home as a barrel of rat poison. I mean, we've all seen what those bozos in D.C. think of guns. Then what could they possibly think of a magical accessory with the power to turn bullets into those cartoony, talky bullets from Who Framed Roger Rabbit?. Even though this was the decision of a private business, it had the stink of one Mr. Barack Obama all over it. Who else has slighted the wizard community so often in the past few years? I recall several invitations to our annual Wizard Symposium being returned with the message "President Obama only attends events that are real things. Thank you for your time, and welcome to The List."

"Sure," you might say, "But this whole 'no wands' business is affecting just a single restaurant." You might think that, but a business doesn't have to post a decal on the door to let me know I'm not welcome there. Why, I was using Ol' Wandy to "assist" a Subway sandwich artist who was way too conservative with that mayonnaise gun, and what should I hear next to me but a manager saying "cut the shit, Merlin." That may be my true Christian name, but he had no right to address me like that. And I'm sure he thought plenty about this transgression in the remaining time he spent on this earth as a spider. Clearly, the influence of our magic-hating President has grown. It's the year 2014, and in most places I can only carry one wand at a time, and now I have to make sure it's clearly visible? I wear this long, flowing robe for a reason, Mr. Obama, and it's not so I can disturb the whole "classic wizard" look thanks to your boneheaded notion of safety. I didn't get these stars and moons and shit embroidered on my hat just so you could fuck up the whole thing for everyone.

Ever since he's been sworn in, President Obama has shown nothing but contempt for the magic-using community, and this attitude will continue as long as he refuses to acknowledge us in every one of his public appearances. World War II was a long time ago, Mr. Obama, and while most of us in the magic community continue to side with the Axis, almost 70 years have passed, and it's time to accept us as True Americans. Who can forget the notable contributions to society from wizards like Dylan Gromley, who invented a fog that turns people into clowns? And what of Ted Bravestone, who developed a potion that turns deadly cancer into equally deadly taffy? Each anti-magic ordinance would make them roll in their graves if we wizards didn't crack the immortality code back in 1967. Mr. President, all we ask for is your understanding, and your willingness to hand the rule of this country over to the pack of immortal wizards sprinkled throughout the Midwest. To paraphrase an old saying, if you outlaw magic, only outlaw wizards will turn Michelle Obama into that thing Daffy Duck became in Duck Amuck.