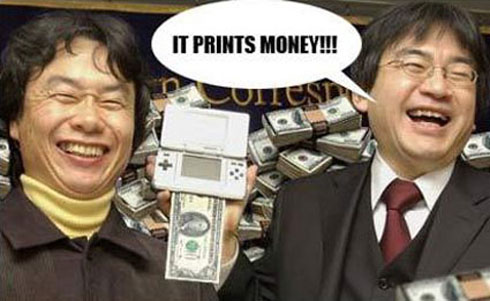 Hold onto your Dual Shocks, Sony fans -- you're about to set sail in a stormy sea full of failboats! According to Joystiq via a Destructoid blog post quoted by Shacknews via a Reuters feature summarized by Boing Boing, Nintendo Godfather Shigeru Miyamoto

...grunted audibly while walking through the PSP display at this year's E3.

While it's not clear if Shiggy-sama was suffering from gas pains, or was simply stifling a sneeze out of sheer politeness, expect Sony stock to sink once this piece of bad publicity hits the mainstream press. Look for our upcoming ten part series exploring this issue, which will be posted over the next several minutes.

Send e-mail to the author of this post at jdorito@gameblogguu.com.

Felicia Day is a Woman, Has Breasts 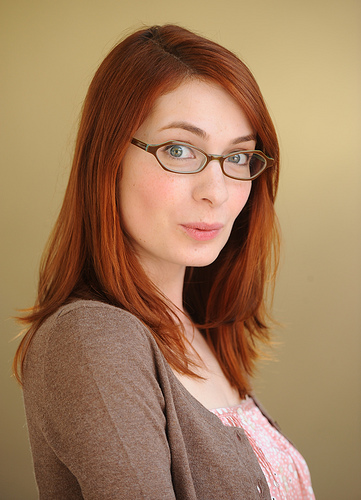 It's no secret why Felicia Day has 14 million followers on Twitter; her status as an attractive woman who also plays video games makes this GAMING GODDESS really stand out from the crowd. But amongst her biggest fans, two of Felicia's assets make this Dr. Horrible ginger geek gmr grrl a regular -- and naked -- appearance in our dreams every night.

That's right, once thought to be used only for the feeding of children, breasts have since been treasured as the finest qualities of womankind. And, as part of Gameblogguu's Thursday Boobchat, the subject of Day's breasts has now -- erm -- perked up.

Which one's your favorite? Right? Left? What do you think they look like? Let's hear about it. And please remember your generous ad clicks make discussions like this possible.

Send e-mail to the author of this post at plunk@gameblogguu.com.