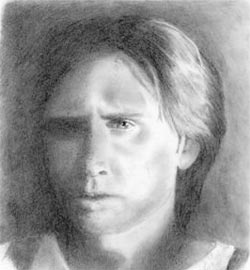 Our Emilio Estevez weighed about 300 pounds, spoke very little English and was being charged with insurance fraud. Having never appeared in Men at Work he could expect no leniency from me. Mr. Estevez had been caught on CCTV at a Jewel breaking jars of jelly and then pretending to slip and wrench his back. The case was a nightmare because the Jewel had somehow temporarily lost the incriminating video, giving Mr. Estevez a window of opportunity during which the insurance company settled with him.

When the video resurfaced and he was charged with fraud Mr. Estevez was able to use his money to hire a high-priced attorney who loved to get depositions. Depositions are sort of like in the NFL when one team is about to make a field goal attempt and the other team will call a time out to “ice” the kicker. They’re hoping to make the kicker cold or wet, which might cause him to miss his kick, because kickers are little fragile babies. Submitting depositions in court is like icing the jury.

Most of us knew Mr. Estevez was guilty as a dog in a kitchen full of torn up garbage, but the defense made us sit through nine depositions. Each deposition was read from the witness stand by a legal aide to Mr. Estevez’s attorney and on a good day we made it through two depositions. A trial that should have been over in about three hours ended up lasting almost two full weeks.

Sitting through the depositions was torture, but the jury room was worse. Our foreman was a Mr. Tibbs looking dude with a Wesley Snipes haircut who acted like he had just been elected the world’s first black jury foreman. He took the procedures way too seriously, which wouldn’t have been so bad except he let the Grandma Matlocks control every recess and every minute of deliberation.

The Grandma Matlocks were a triumvirate of elderly white women who viewed jury duty like a ten year old views a trip toDisneyland. These are the women who talk to telemarketers because they are lonely and order porcelain angel figurines from QVC because there are only 500 left to sell. They found being in a position to decide whether or not a man would go to jail for up to three years positively intoxicating. They relished discussion in the jury room and would pore over their notes for the day and consult one another on the defendant’s body language and expressions during testimony. 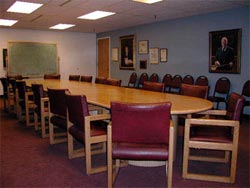 Juries are serious business.Naturally, I wanted to shake them until their heads fell off and then kick the video tape of the guy committing the crime through their withered chests.

One person in the jury room made the case bearable. He introduced himself as Gregori Baikov and he told me that he had lived in theUSfor the last 12 years. He was short and had a shaved head that bore nicks from a dull razor. He always wore faded pastel sweaters stretched over a turtleneck and he had the physique of a seal or maybe E. Honda; a muscular guy with a layer of fat applied over his entire body.

Gregori spoke with the sort of thick Russian accent you would get out of an extra from central casting in a bad 1980s spy movie.At first he told me he was a freelance artist. Then he claimed that he had been a KGB agent working in theUnited Stateswhen theSoviet Unionfell and they forgot about him. On the third day he handed me a wrinkled business card.

My initial reaction was to pretend it was normal and not ask him anything. I generally don’t ask questions of people who smell like pickled cabbage and wear sweaters that look like they were stolen out from under some baby birds. It’s one of those little unwritten rules of life that has served me pretty well over the years.

On the fourth day of the trial a lisping legal assistant was reading the testimony of a chiropractor into the record. Gregori hissed and when I looked back he handed me a folded scrap of paper. I took the note and unfolded it on my own notepad.I have recreated the note below:

I looked back at Gregori and he grinned and pointed at the man reading the testimony, obviously indicating that the aide was Buttfucker. I must have remained expressionless because he beetled his brow and then scribbled out a second note. I took it from him and read the note. I have, again, recreated Gregori’s note below:

That time I must have snorted with laughter, because the judge warned me to remain quiet during the deposition. In some legal file about a stupid insurance fraud case there’s a court transcript in which the judge admonishes “juror number seven” for “hooting”. Nowadays I’m not ashamed to say that juror number seven was me. At the time I was terrified the judge would send the bailiff over to collect Gregori’s notes and read them aloud in front of the entire class.

Our jury began deliberations on the morning of the eighth day. Prior to that day I had remained mostly silent other than the occasional lunch order (cheese sandwich and diet Coke) or request for a bathroom break. After five hours of bickering and hypotheses from the septuagenarian CSI team there was no avoiding questions. I leaned over to Gregori and asked him about his business card.

“What did it mean by ‘MASTER INSULTER’?”

“I am the best of insults,” Gregori proudly informed me. “You pay me to make an insult. I deliver insult.”

“Ah,” I probably remarked, not understanding at all.

Gregori seemed to sense my confusion.

I shrugged and glanced at the queen bee of the crime crones, a stocky woman fond of those shapeless tarp-like dresses only elderly women wear.

She was resplendent with a cloisonné pin of a flower that must have weighed as much as a brick and enough orange foundation makeup to give her skin the color and texture of a maple cabinet. I think her name was Harriet and she was advocated the theory that Emilio Estevez had intentionally spilled a second jar of jelly and had then slipped on an invisible preexisting jar of jelly. She and her coterie were leading the jury through the painstaking process of eliminating this theory based on the evidence.

“Her?” Gregori asked and I nodded. “Give me seven fifty, I insult her.”

I considered the offer briefly and then resolved that whatever Gregori was about to do would probably be worth seven and a half dollars. I gave him eight and told him to keep the change. He rose ponderously, wetting his thin lips with his tongue. He cleared his throat and interrupted the speculation about a second mystery jelly spiller.

“Harriet,” I was impressed he remembered her name, “I must tell you.”

“Yes?” She prompted, a bit put off by his interjection. 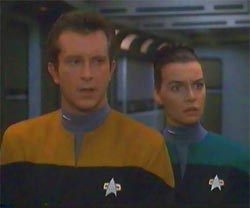 The entire jury was at a loss for words. Even ensigns.“I want bag to hold up to my mouth to vomit into when I see your head. It is so terrible.”

There was stunned silence in the jury room.

“I also must say you smell like dead rat left in hot sun,” no one laughed or moved. No one said anything.

“That is all,” he said at last and sat back down.

Harriet must have reached the conclusion that she could not rebut his comments. Either that or her brain simply could not process what had just happened. I didn’t blame her much, I was struggling with it and I had been warned ahead of time. After a few more seconds of awkward silence she returned to her narrative about the jelly jars. There was a palpable sense of relief among the other jurors. I folded my arms on the table and slowly lowered my head to nestle my face in the cavity they created.Then I sobbed with laughter, silently, for several minutes.

Thus began my brief and memorable friendship with Gregori Baikov. I am pleased to recount this first encounter, but believe me when I say that it pales in comparison to my two later adventures with Baikov outside the jury room and in the real world. If you would like, I will recount these in the near future, just drop me a line and let me know.

On the outside chance that someone reading this knows Gregori Baikov (his real last name is similar but begins with an R and has one more syllable), please tell him to email me at zackparsons@somethingawful.com. I know our communication did not end under the best circumstances, but I would love to go back to the bars and have a few drinks with him.