I Am the Greatest Author Alive 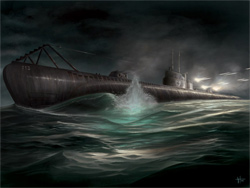 One thing that has come to light over the past several weeks is the fact that my book is better than every other book on Amazon. I have all perfect five star reviews except for some vandalizing asshole who gave me a four star review out of spite. This places my book at the top of a select handful of five star books on Amazon and proves, once and for all, that I am the greatest author in history.

“Yeah, right,” you say, and I can understand your skepticism. There are dozens of books that are considered classics and you wonder how mine could be the best among them. Today, I will demonstrate why my book is the best and why I am the best writer to grace the face of the earth by using irrefutable and objective science. Today’s challengers will be “To Kill a Mockingbird” and “The Catcher in the Rye” as well as the entire top ten bestseller list. Get ready to have your reality turned upside down!

Winner:My Tank is Fight! by Zack ParsonsBeing dead really only helps your work if you're a painter or a science classroom's skeleton. While neither Salinger or Lee are technically dead, they might as well be dead. I am, however, alive and downloading BitTorrents to this day.

Winner:My Tank is Fight! by Zack ParsonsAmazon Top 1000 Reviewer "Pen Name" ordered my book thinking it was a book about dinosaurs. What could be more exciting than a book about dinosaurs? Nothing, except for my book. Meanwhile, both Lee and Salinger are "Boring". Lee fails to grap Yoo-Win's attention and even a doctor like "mycool" couldn't get-a excited about Salinger's work. Neither of those guys are even Top 1000 Reviewers. Obviously, the people in the know don't care about Salinger and Lee's books.

Winner:My Tank is Fight! by Zack ParsonsNot only did I make two mentions of the Holocaust in my book, paying honor to all of the Jews and other dudes who died in that terrible tragedy, I also refrained from using the worst racial epithet ever in history. Salinger failed to acknowledge the sacrifice of the Jews at all, but he kept his usage of the word "nigger" as low as he could manage, which was still infinity percent higher than in my book. Harper Lee shunned the bravery of the Jewish people, and worse, spewed hatred against African Americans at every opportunity, filling nearly each page of her book with racial epithets. No wonder these two "classics" are rated lower than my book.

Winner:My Tank is Fight! by Zack ParsonsShameful! I'm in the double digits on two of those, but it's like Harper Lee and J.D. Salinger aren't even trying to entertain their readers. I know both of them are probably going to die before they can find a publisher for their sequels, but let me offer a couple of suggestions: Lee, think Boom Radley, Special Forces. He's a demolitions expert and he has to work with a black guy (not a nigger) to rescue his kidnapped child. Salinger, do you know what a cortex bomb is? No? Doesn't matter. Holden Killfield is a bounty hunter in New Chiba. He has 72 hours to track down the scientist behind a bio-weapon or two ounces of explosives will detonate inside his brain. His special ability is that he can instantly tell whether or not someone is lying to him. Go. Hurry.

The indignity of my book's superiority is that it is not in the top ten list of Amazon bestsellers. In fact, as of this writing it is currently ranked a paltry 841 on their sales chart. That may be out of like ten billion books, but it is still lame because I believe I have clearly demonstrated why my book is the greatest book of all time. Because some of you are complete mental midgets incapable of making what is an empirically wise purchase, I have decided to take my statistics of greatness a step further and tackle all ten of the current bestsellers.

In summary, the only logical thing to do is to purchase multiple copies of My Tank is Fight! It is a modern classic, superior in every way to moldering trash and fresh hotness alike and buying copies for your friends and family will enrich your life and the lives of everyone you touch.

If you are looking for a book to purchase in addition to My Tank is Fight!, then might I suggest Da Capo Best Music Writing 2006. It is a compilation of great music writing from 2006, and while most of it is complete garbage, it does feature a pair of articles by our very own Dr. David Thorpe. Because the overwhelming sweetness of my book might overpower your mental tastebuds, it is recommended that you cleanse the palate before reading Dr. Thorpe's book. Try something truly terrible, like a Thomas Friedman book.