The noble and mysterious alpaca enjoys some grazing.If you watch cable television here in the United States you have probably seen an ad for something called "I Love Alpacas". The ad shows various extremely happy people in a rural setting tending to a herd of animals that look like a cross between a sheep and a llama. You should see a picture of an alpaca next to this paragraph unless I got mixed up and uploaded the excited guy in the balloon suit again. If I did put the balloon guy over there try not to look at him; he gets his evil inside of you and it's impossible to stop thinking about.

Every ten years or so some farmer decides he just doesn't like the look of his cattle anymore and decides to replace them all with a wild and totally extreme new livestock animal. In the late 80s and 90s it was ostriches and emus, which remained popular until enough people got kicked in the throat by an ostrich and realized that they are giant, stupid, and extremely mean. In the 21st century alpacas are sweeping the nation, but why? And where the hell is I Love Alpacas getting the money to fund all of this advertising they are doing?

Before I delve into the shady business practices of I Love Alpacas, let's first take a look at what exactly an alpaca is. Wikipedia defines them as "one of two domesticated breeds of South American camel-like ungulates, derived from the wild huanaco or guanaco". Ungulates sounds pretty dangerous, but it really just describes their feet which are apparently "even-toed". This makes the alpaca an Artiodactyla ungulate, which sounds twice as dangerous as a regular ungulate and may mean they can fly. I will never know because where it says "Atriodactlya" on Wikipedia it just trails off into a scream. Don't even get me started on the huanaco or guanaco, those words sound Aztec and everyone knows what those guys were like (homosexuals). Watch out Asian Frankenstein!Science may never provide a clear answer as to what exactly an alpaca is, but we need look no further than International Jewry's hold on the textile industry to know what an alpaca can be used for. Under the direction of the Zionist Occupation Government, the world's textile industry has prospered utilizing the valuable fleece of alpacas to make everything from wool toques to wool balaclavas, all in direct violation of the will of Christ. When Jews aren't enjoying the blood of white babies or stacking gilders in secret underground "money bins" they are controlling the flow of alpaca coats on sinister black steamships called "freighters".

Forget about the Jews for now, their role is the manipulation of the alpaca fleece trade but they have little to do with alpaca farming itself. For information on the growing industry of alpaca farming in the United States - possibly elsewhere as well but being an American I don't give a damn what your shitty little country is doing - it is time to turn to I Love Alpacas.

Alpacas are a lifestyle choice with benefits and opportunities for the whole family. What are the rewards of adding alpacas to your lifestyle? As more and more people are discovering, raising alpacas can add a dimension to family life that many find to be just what they have been looking for in terms of relaxation, fun, and a potential source of income. The modern alpaca sports pink ear tassels to appear more festive and stress relieving.I was going to become a lesbian to try to have fun, relax, and potentially make money, but instead I decided to raise livestock. Heck, it wouldn't surprise me if a desire to raise alpacas turns out to be determined by a genetic factor, just look at the Aztecs.

Raising alpacas is a lifestyle and investment available to many, from the empty-nester to a family with children to the professional looking for an outlet to daily stress. While the individuals and families who have decided to experience the alpaca adventure are widely diverse in their backgrounds, they share a common love for animals and a desire to remove stress from their lives.

Yes, forget about expensive therapy or stress-reducing medication, what you need to remove the stress from your life is a herd of animals that need constant feeding and attention. OH SHIT I HAVE TO DO THIS PRESENTATION TOMORROW AT EIGHT AM!! Whew, good thing I have those alpacas out there braying for grain with their stalls full of rancid alpaca piss and shit waiting to be mucked out. That's a fucking load off buddy!

The highly prized fleece of the alpaca has inspired many to start in-home "cottage industries" which involve shearing the alpacas and spinning the fiber of their own animals into yarn that can be made into high quality apparel while others market the fiber through the support of organized fiber co-ops.

This isn't Country Baby here people, you don't mash some apples and sell them down at Gomer's General Store because you're a sassy and self-actualized single mom. You buy a bunch of expensive animals with huge teeth, fence them in, and then wait for their hair to grow long enough so that you can enjoy the incredibly relaxing activity of wrestling them while your screaming wife tries to cut off their fleece with a pair of overheating barber's sheers. If you've really got a lot of stress in your life you can then stay up all night picking deer ticks out of the fleece and spinning it into alpaca yarn for sale at an "organized fiber co-op" which sounds suspiciously communist. Maybe Rick Stalin will give you enough grain coupons that you can relax twice as much with a basement vodka distillery!

Raising alpacas is a labor of love. The escape from a fast-paced urban lifestyle to the quiet, pastoral surroundings of raising and breeding alpacas is a prescription for healthier, less stressful living!

I can just picture some guy in a traffic jam, cursing because he's going to be late to his annual review with his boss, and then suddenly a light bulb flicks on over his head. He picks up his cell phone and dials his boss's office.

"Bam, bitch, fuck this job, I'm gonna raise me some motherfuckin' alpacas! Two weeks notice? Screw two weeks notice I'm heading out right now to buy a whole truckload of these crazy bitches. I can tend to their needs, sheer their coats, and if one of them turns out to be a PMSing cunt who wouldn't know productivity if it was triggering her gag reflex I can just punch it in its goofy fucking head!"

That answers the "why" portion of our alpaca inquiry. If you have bad judgment and would like to take up a hobby involving monotonous backbreaking labor then alpacas are probably just the thing for you! Still remaining is the question about where these alpaca people are getting all of their money to constantly run major advertising campaigns trying to get people to become alpaca farmers. This one is a bit more difficult to track down, but there are a few of my theories: The puppet masters behind I Love Alpacas?

International Jewry: Big money being spent, entertainment industry, and we know that the ZOG already controls the alpaca fur trade so it all seems fairly logical. The thing is, with the Jews controlling the fleece trade, it just doesn't make sense from an usurious perspective to also be involved in production. Maybe there are a few alpacas on a kibbutz somewhere near Haifa, but I don't think the majority of Jews care about alpacas beyond what they can get from their bodies. Much like Christian babies.

Halliburton: Dick Cheney is way too Darth Vader smart to get caught up in a ponzi scheme like alpaca farming. Believe me, if someone said that crushing an alpaca's head in a vice would yield a single dollar bill Dick Cheney would be down at the nearest alpaca farming putting sleeper holds on the furry bastards until C-notes popped out of their eyesockets. Unfortunately, crushing an alpaca's head just spews out hot guts and not cold hard cash, and harvesting their fleece is a time consuming and inefficient task.

The Liberal Media: While CNN and a number of other channels within the Criminal Liberal Media air the I Love Alpacas ads and are obviously in cahoots with the alpaca people, I don't think they are giving them free air time. There isn't really anything to gain and the I Love Alpacas people don't seem to have an agenda quite in line with the Communist Party.

The Illuminati: We're getting warmer! Only the Illuminati - of all terrestrial organizations - could have a plan so Byzantine and confusing as to include I Love Alpacas advertising. Maybe they are inserting subliminal kill switches in the ads or including micro-burst intelligence broadcasts that will be slowed down and decoded by agents in the field. However, I still think we have just a little bit farther to go.

The Reptilian Agenda: The Reptilians have been biding their time in their subterranean bases waiting to take over the earth and using psychological conditioning, hypnosis, and subliminal cues to pacify the human population. Some day soon they will rise up to seize control of the surface and eventually enslave or destroy all of mankind. I believe that the Reptilians and their Draconian allies are responsible for the I Love Alpaca ads and they are a sign that their Agenda is nearing completion. Some day soon, when you're tending to your alpacas' endless needs, a reptilian will blast you with a phazon ray and turn you into a puddle of sub-atomic goo.

Personally, I no longer love alpacas. Our affair was filled with passion, but it was also based on a shaky foundation of lies and misinformation. Today I declare that the love is gone. I hate alpacas. Dot com.

Hello chums and chumettes, Livestock here. I'm going to get right down to brasstacks because I just found out I have a tumor in my shoe. Go read Part 2 of our epic Photoshop Phriday board game adventure right now using this thrilling link! 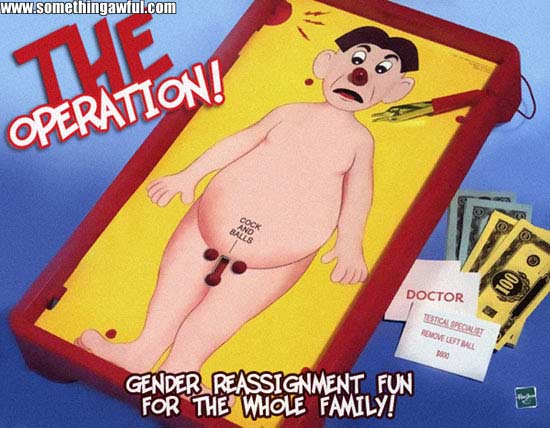