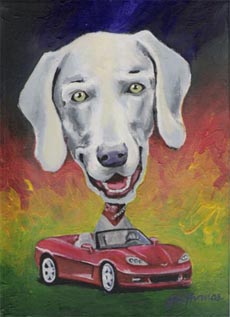 HELLO!!!!!!!!! It is your father. Forgive me for a lack of pleasantries but since it is my job now I hate doing it. I begged the mayor's husky former teen son for a job so now I am a phone answerer at a distribution center and I have been on the phone day in and day out answering questions and selling different products like those you would get on TV or in catalogs. For example, someone will call to order something they saw on a commercial and I'll type in their information but then after that the bosses have me using my natural charm to sell subscriptions to special magazines by saying things like "Big Cars Classic Cars, All The Cars You Dream Of And More... Do You Like Classic Cars?" and when the person says "Yeah!" or "I Guess!" then i go "Well Then You Would Like 3 Free Issues Of Meaty Boy Magazine" and then they sometimes say "Is That About Cars" and I say "Not Always" and we end up talking about whatever else (Pets Mostly) because i have very good phone presence and have had a lot of pets.

Talking with so many customers is a great way to network and get my ideas out there. After a few days of following the magazine scripts I whipped up a batch of my favorite desserts and started pitching them using a technique called The Wild Man's Gambit "Hello And Thanks For Calling TeleCorp, Please Eat My New Breakfast Food, Turbo Tarts, I Will Mail Them To You" but boss got wind of it and said i can't sell my own products on the phone. I explained that this was a special recipe for Turbo Tarts and he made a couple calls and said that the company might be interested in picking up my line if they are good so i gave him a box on Friday and he said he was going to give them The Full-On Ted Test and report back to corporate. My Turbo Tarts are made with eggs and flax meal and sugar and yeast, lots of yeast, and I told the teen boss. He isn't a teen anymore and his father isn't the mayor anymore but I remember when they were both of those things and the husky kid would go around the neighborhood and rile pets up and what not and you couldn't say no because he was the mayor's fat son. 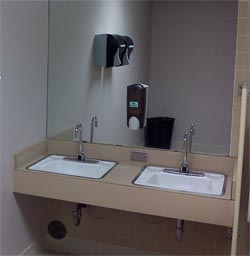 On Monday I showed back up and he was in the bathroom from at least 9 AM forward so I went into his office to try to find out if Turbo Tarts was getting the green light from the big wigs but all he had on his computer was a video he was watching of a huge dog scarfing mashed potatoes and groaning and he had a box open with a chat line where he says "Hey, Any Sweaty Ladies On This. SweatyTeddy1973 Here." and his computer chair was stinking up the whole room so I went by the bathroom and knocked on the door and it opened part way and i only saw him for a moment but he was bent over in front of the mirror looking at his own butt + clawing at the butt trying to get the Turbo Tarts out. He was cursing my name while doing it so I went home

Whatever happens with Ted The Smell Boss (new nickname i made on the way out the door) i am thankful that I have sold enough Turbo Tarts to keep me living like the mayor's prized pig teen son for several weeks but who knows what the future holds !!!!!! DAD!!!!!!!!!!!!!!

YOUR FRIEND IN BUSINESS.... ALWAYS!!!