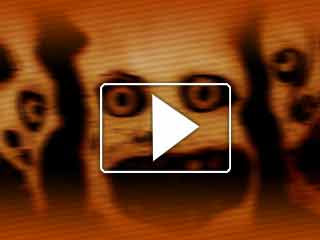 Description: This twisted propaganda cartoon dating back to the 1970s has played several times. The old original cartoon actually plays sometimes on Cartoon Channel, it's one of the old Darryl Duck cartoons where he is fighting Unfolders in Vietnam. He tries to become a Hoplite by making a suit out of pots and pans.

The cartoon has been grotesquely modified. All of the humans and ducks and other funny animals are now these terrifying wild-eyed monsters and the Unfolders are smaller. I don't know if it was remade from scratch or if they used some kind of computers to modify it. But it is really creepy. The audio is also creepy. The music has been replaced with an undulating bass tone and the voices are now distorted and sinister. It usually gets jammed out by the military part way through, but I managed to record this complete copy.

Observations: There is some sort of propaganda war going on and this is the return shot on a cartoon that has been airing constantly since about 1975. I don't know why it took song long for this to show up. I show it to my friends sometimes to freak them out. Darryl Duck's voice plus his face will give anybody nightmares.

Death of the Thing 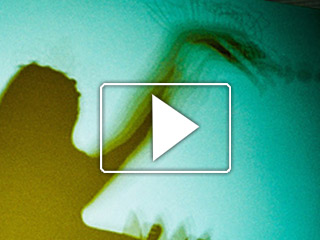 Description: If there really is someone in Canada faking these things they spent a ton of money on making this one. It has only aired once that I know about and it is pretty shocking. I almost hesitate to even post it, but I feel like it's what I'm here to do.

It is filmed in low light filter and it shows a bunch of guys in combat fatigues, but like irregulars, with guns and RPG launchers. They're crawling around in the woods and whispering. After a couple minutes you see this big shape moving beyond the trees and out in the open. It's as tall as one of those big power line towers. The guys seem really scared. When it turns its head you can just see these huge green reflections in its eyes.

Then all hell breaks loose, guns shooting, rockets being launched, people screaming. It's hard to tell what's going on. There are some weird sounds, almost like swarms of bees, and the camera gets dropped. Then someone picks it up and there is a huge booming explosion that shakes the camera.

Then it cuts out. When it turns back on the low light filter is off and it's dawn just breaking. There are just a few of the guys standing around now, out in a field. They look tired and bloodied, but they're happy. And then the camera pans over and you can see it laying there. Just laying there not moving. It looks so...I don't know. Gross. Like gelatin and meat. Black-blooded. Its face is just a ruin of bone and raw flesh.

Then the military jamming cuts it out.

Observations: I hope and pray that it is fake. I don't want to think that a bunch of Unfolder sympathizers with rockets and guns could kill an angel. It can't be real.