Founded in 1993, Outselling the Discount Barn Since 1994 A certain bucolic associate of mine, Dr. David Thorpe, made it a habit to periodically attempt to swindle you fine readers into purchasing his banal and maladjusted products. What Dr. David Thorpe likely failed to mention was his lowly status as a pariah amongst the small consortium of Internet writers/rare item retailers that includes no less than Reid Paskiewicz, Zack Parsons, and myself. Yet he has thus far been the only one to peddle his unseemly wares to you fine readers on these equally fine though temperamental pages. Because I recently found myself with a windfall of exemplary items to unload, I am regrettably following in my comrade's snake-like footsteps. With that, I am pleased to announce the re-opening of the Internet Discount Antiquities Supply Depot (established 1993). Please do not judge me poorly, for unlike him I bring you only the finest caliber of goods and services, the likes of which you will find in neither store nor fire hazard of a "Discount Barn." 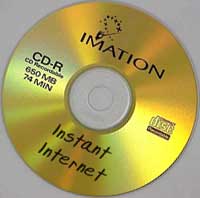 Note: requires a "PC Personal Computer" to operate this disc as well as a stern navigator able to brave the storms of information that will no doubt hound you day and night.

Vintage "Werewolf" T-Shirt
Years ago Japanese clothing company Takasukanaki Heavy Chemicals came up with a new technology enabling production of the first lycanthropic t-shirt. Unfortunately, because the technology also caused skin bleaching, it made the shirts unpopular. These days skin bleaching is desired, so these shirts are now back in fashion!

Lycanthropic t-shirts depict an ordinary man for most of the month. Then, around full moons, they depict a werewolf. How does this transformation occur? Is it occult magic? Is it space age polymers? The answer, friends, lies somewhere betwixt those two extremes. I'm selling each shirt for $15.85 and they come in your choice of either chartreuse or nutria. XXL sizes are available for an additional $30. Some shirts may be missing sleeves. 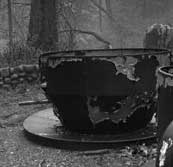 Oversized Novelty Teacup
When a county fair recently went belly up due to tragedy and assorted rapes, I was quick to buy up the remains in order to pass on the savings to you! After unloading a bunch of unpleasant 4H animals on a local meat factory, I have but one item left: a beautiful and elegant novelty teacup capable of ferrying up to three children on a magical journey through the fertile tracts of the Imagination Kingdom.

Because numerous children puked and a little girl was ripped to pieces inside this teacup, I am only asking $80 for it, though its value is easily three times that. With a thorough cleanup it will shine as it once did in glorious summers past!

Note: may require an exorcism to get some of the more stubborn ectoplasmic stains out.

Rare and Collectible Meat
A friend of mine whose dad works at a meat factory let me know that they are getting rid of a wagonload of irregular and unattractive meat. He said it is essentially just as good as any other meat, just not as pretty or as paletteable (note: this does not imply poor taste, just that they do not fit on a warehouse palette as easily due to the wealth of jutted and perplexing forms). The problem is that this is roughly 2,000 pounds of meat, and it needs to go right away as the assortment of coffins I am storing it all in are earmarked for other projects.

From a collector's standpoint, irregular meat is potentially worth more than market meat because of its scarcity. You don't want to let a mouth-watering opportunity like this pass you by! Not just because of the savings, but also because of the challenging new meals you'll be able to prepare with meat that defies accepted societal norms and geometric certainties alike.

I'm selling these wonder meats for the low, low price of $50 per 40 pound lots. Buyer must furnish own transport. 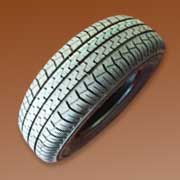 Danny Bonaduce's Car Wheel
A rare opportunity presented itself to me while I sought respite in my car in the parking lot of a Wal-Mart Supercenter. While observing a horde of seagulls devouring the corpse of a three-legged dog, I chanced to see a splotch of red and white that could only be Danny Bonaduce! The cardinal-headed Bonaduce exited his vehicle and headed into the store, disappearing amid an ethnically diverse crowd of bad parents and derelict senior citizens. I quickly seized the moment, thinking only of deals and you dear customers, and stole one of his car wheels. What I have to offer here is an authentic wheel with what appears to be a Goodyear Tire of some sort affixed to it. Because there are only three other wheels like it in the world, I am selling this precious artifact for $1,400. Own a piece of celebrity and transportation history! Own a wheel!

Tree Stump Harness
To make a long story short, I knew a guy who made the very first and possibly only harness for a tree stump. He was a bit eccentric and willed it to me shortly before he accidentally took his own life working on an ill fated "refrigerator back door" project.

The harness, which you wrap around an uprooted tree stump, provides a handle for you to grasp and has connectors to hook a saddle to, though an official tree stump saddle was never produced. However, the incomplete nature of the apparatus should not dissuade you from harnessing your favorite tree stump and clinging to it with fervor.

I'm looking for $60 for this thing. It's covered with tiny bug eggs but it's in good condition. Buyer must furnish own tree stumps.

Faulty Hymnals
A friend of mine in the religion industry gave me a huge discount on some defective hymnals that were going to be burnt to a crisp by disgusted Christians. I told him it would be a crime to burn them, even though some of them contain sacrilegious typographical errors and one series even contains a bunch of anachronisms, such as songs about Jesus riding in helicopters and cooking hamburgers. Some of the choice defective hymns included are:

I'm selling the entire collection of 1,700 faulty hymnals for the low price of $300 plus shipping and handling. It will cost about $500 for me to handle, but shipping will likely be rather low given the faulty nature of these books.

It pains me to part with this, my most prized possession, but I simply have no room for it. What I am selling here is a marvelously impressive canal, capable of moving up to 20 ships a day and cutting down travel routes dramatically.

Currently the waters of the canal are infested with zebra mussels and the second lock is jammed with barnacles. In spite of these shortcomings, this canal represents a once in a lifetime opportunity to cash in on the lucrative shipping industry. By charging a modest toll, one could easily turn the canal into a lasting source of revenue.

The canal is 25 miles long and 300 feet across. It is blue with red stripes. The cost is $34,600,500.38 and buyer must furnish transport from Washington State to desired location.

I am not open to negotiation on any sale prices, as these have all been appraised by leading experts in the appraisal industry, including no less than the Wilhelm & Montgomery Appraisal Co. I am, however, open to interesting swaps.