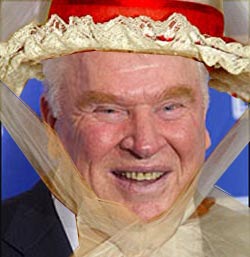 Alistair Pipley and his wife Margatha stood in the foyer of their London home and watched with great dismay as their children's nanny stormed out.

"Such unruly little scamps!" The woman blustered as she straightened her hat. "I wish I could say I was sorry to leave you, but I hope you both get a sound rogering from a rhinoceros."

The door slammed behind the dowdy and routinely furious Mrs. Rotcrescent and Alistair sighed with the realization that he might have to cancel their anniversary cruise to India. Already he could hear the growing clamor of his three obstreperous children.

"That's it then," Margatha said as she settled atop the steamer trunk full of her most elaborate groinless knickers. "That was the last of the nannies the agency had. The toughest of them all, they said, and she barely lasted a day."

Alistair considered their predicament for several moments, though he found thinking clearly difficult amid the squeals and laughter of their children in the nearby play room. Then, as if the clouds had parted in the sky, a solution came to him.

"I know who we can call!" He exclaimed and reached for the telephone.

"Oh, no, not him Alistair. The last time we returned home and he had managed to get one of the children stuck inside the kettle. The time before that-"

"Yes, the vicar stopped by and was turned into a lamp. I am well aware. It was a quite nice one, I might add."

"There is no alternative." Alistair argued. "We are stuck between an Irishman's goiter and the ossified womb of a Welshie. We have no one else, and he will do anything for money."

"Fine then, I so want to be oiled by a nice clean punkah wallah. One with a gloriously waxed mustache and a polite nod." A distant stare and faint smile overtook Margatha before she was snapped harshly back to reality by the clatter of overturned toys. "Right then, call him."

It took only a moment for Alistair to dial in the numbers on the telephone. It rang once, twice, thrice and…

"Boom!" The voice on the other end of the line was meaty and excited. "I'm not home right now. Maybe out in the bus. You know, it's pretty nice outside and I get better light coming through the windows in the bus. I had them installed, double paned anti-glare but they are clear most of the time. So you'll be sitting there and then all of the sudden it will get real bright outside and the window turns all gray. You can still see what you're doin', but it- BEEP!"

"John," Alistair began, "this is Alistair Pipley in London. I have a most urgent need of your services and I'm willing to pay to-"

"Hey!" Someone suddenly picked up the phone. "Hey, Alexturd you said your name was? It's John. What do you need and how much?"

"Alistair. It's my children, they-"

"No, Mr. Madden. I just want you to watch over my children while Margatha and I vacation in India for a fortnight. We would be willing to pay you 10,000 pounds." 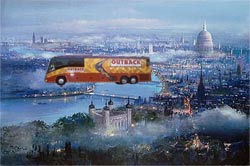 "Oh, oh! Yeah, of course. I was just kidding about the killing them. I love kids. Be happy to look out for them, Alistair. You and Megatron can go to Indiana or whatever and see the Colts play. You know, I once had an egg eating contest with Peyton Manning in the back of a hearse and it was a real test of stamina. Peyton's not as big as me but the guy just really loves hardboiled eggs. So when you face an opponent like that it comes down to psychology. You've got to get inside their-"

"Yes, that's fantastic, Mr. Madden. Can you be here as soon as possible?"

"Sure, yeah. Great! Hey, this 10,000 pounds. What is that, like ground beef or maybe potato skins or something? It's a nice big number, but you know, I once agreed to help Ray Lewis cut a baby out of a Mexican woman and then he said that the 20 ounces he had promised me was of something called 'cold cane.' I don't know what that is and I sure didn't know how to spend it on a new deluxe rotisserie. Takes a big one to handle the old turducken. I ended up just giving it to my dog Buster and he got all crazy and then died. Come to think of it, Ray Lewis is a liar. He told me once that he could smell my wife Virginia's cat through her dress. We don't even own a cat, so-"

The doorbell chimed merrily and Margatha leapt from her perch atop the secured unmentionables with fright. Alistair opened the door.

"Hey, sorry it took so long, but I don't fly in planes!" John Madden barged into the foyer, a fleshy mound topped by wobbling facial folds and a wide butter-colored smile that stank of barbecue sauce and Tinactin. "I brought the Outback Steakhouse Madden Cruiser on over. The kids can play in it maybe, or something, I don't know. What do kids like these days? Hammocks? Gears or something? When I was a kid I just loved to catch bugs and make them fight each other. I had one earwig named Charmer who could snip the head right off a three inch long centipede. It was like watching Tom Brady throw a 70 yard pass. Poetry in motion. I would paint him up with my mom's nail polish and set him to fighting. Although one time I put a little too much of the nail polish on and I think I might have blinded him because he just didn't see that stinger from the bee coming. It was quite a-"

"How-how did you get here so quickly?" Alistair stammered.

"The key to getting the ball in the end zone as quickly as possibly is to motivate your offensive teams. Get the QB motivated to get that ball out of his hands and to a wide receiver. Nothing motivates a QB quite like Kevin Williams, but it's not the kind of motivation the offense really wants. Williams can shore up the Vikings defense and put enough pressure on the QB to force a fumble, or he can just open up the offensive line like a church key and go for the sack. I was playing the mandolin with Williams in a Turkish bath house last week and I asked him what he thought of-"

"I really appreciate your quick arrival, Mr. Madden." Alistair interjected as he hurried his wife out the door. "The children are right upstairs. Afternoon tea is in an hour and then dinner should be served at nine. Make sure they tidy their rooms a bit before they are bedded down for the night. Good luck!"

John Madden waved at them as their taxi pulled away. The cacophony of the children had grown suddenly and ominously silent. Madden looked up the staircase towards the closed door of the playroom and he felt nervous bile surge through his innards. Each step creaked plaintively beneath his feet. Madden paused at the doorway and drew himself up. Then he threw open the door.

"Hey!" The three startled children hopped up from the bed and stared at Madden with surprise. "Who wants to see where my gall bladder came out?!"

Madden began to pull up his shirt and the children recoiled in horror. Madden, realizing slowly that he had frightened them, lowered his shirt back down over his ample belly.

"Boom!" He started over. "Just kidding guys. Hey, what are your names? My name is John Madden and I led the Raiders to a Superbowl Championship. Do you know what a Superbowl Champion is? It's like over here how the King turns a person into a knight only we get a ring to show that we are champions and the only way to be a champion is to score the most points!"

"My name is Eloise," replied a wispy fair-haired girl of no more than ten, "and this is my little sister Corneatha and my brother Cadwaliter." 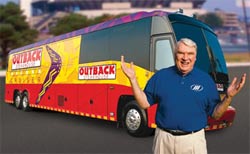 Eloise gestured to a shy girl with sparkling blue eyes and a pugnacious toe-headed boy with freckles spread across his cheeks and his arms folded over his chest.

"Aren't you the man mumsy hired last year who got me stuck inside the kettle?" Cadwaliter asked.

"Ha ha! That's where I know you from!" Madden exclaimed. "Yeah, sorry about that, I never could figure out how you got in there but I think it might have had something to do with the-"

"The fire brigade had to cut me out of it. You are a horrible man and I want you to go away!"

Madden considered going away, but then he remembered the 22,000 dollars that Alistair had promised to him.

"Look guys, this is the first quarter and we can't get things off to a bad start. It's hard to pull off a win if your team gets too far behind that early in the game and I don't intend to-"

"You're fat and you smell like a meat pasty!" Cadwaliter shouted.

"Alright, heh, guilty as charged Blondie, but…okay, your dad said that you need to clean up your room." Madden surveyed the heaps of discarded toy soldiers, dolls, stack 'em blocks, spinny wheels and marbles scattered about the playroom. "I tell you what. If you guys clean up your room I will sing you a song. It was sung to me by Bill Belichick on the night Debbie decided to leave him. We were at Scores-"

Madden took a deep breath and tried to summon the lyrics from his memory.