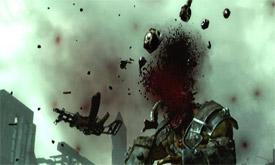 Sniper Chris took out the photograph he had smuggled out of Iraq. It showed a document signed by Osama Bin Laden and counter signed by Saddam Hussein sitting on top of a yellow barrel clearly labeled "biochemical terror bomb formula" with one of those tribal tattoo symbols combined with a skull. Sniper Chris stuck the photo to his knuckles and said, "Have a look" and punched it into Ventura's helpless face. Jesse Ventura was immediately knocked out and crapped himself.

"Good," said Sniper Chris. "Next time you run your mouth I'm going to put 9/11 proof on a magnum sniper bullet."

Sometimes the war got to Sniper Chris and he wondered what it would be like if there were no more head shots to take. He needed to find new heads to shoot. He needed to use his great talent for placing bullets into things to bring balance back to a world gone wrong. 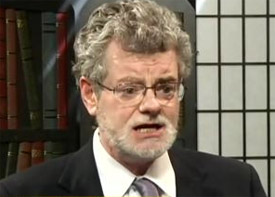 So Sniper Chris went to Flint, Michigan and took out Michael Moore with a precision shot to his oversized pumpkin head. He set up a sniper position near the checkouts at a Walmart and caught food stamps recipients using their cards to buy lobsters and big bags of candy.

"Hey, buddy," said Sniper Chris to the lobster-buyer, "Why don't you eat something more fitting for a person like you?"

The man, who was fat, became indignant. "Are you saying you're better than me? Alright, dickhead, what should I eat then?"

"Lead," said Sniper Chris and he hit him point blank with a sniper shot. "It's the only government handout you deserve." 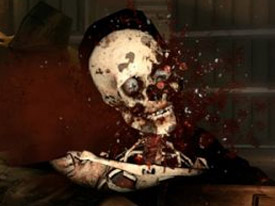 Sniper Chris sniped ACORN and the ACLU lawyers and that guy from the Southern Poverty Law Center who looks like a goat and always says that right wing hate groups are on the rise. "Think again, Mark Potok. Snipers are also on the rise and God has two wings."

He heard some people speaking to each other in an incomprehensible foreign language and brought his rifle up to his shoulder. He hated these people moving to America without learning the language first.

"If you can understand me," said Sniper Chris. "I won't shoot you in the beans. Do you speak English?"

"Ahhhhh no," said the man, looking at a translation book. "Speak...Japanese. Do you know...where...Disney Worldu?"

He took the shot.

All around America, situations needed a sniper. There were deficits and mosques being put up in small towns and cops being disrespected by black dads in the big city. He found one cop being throttled in his car by a towering ogre of a teenager gone nuts on Swisher Sweets. A perfect sniper shot rang out and the vicious thug teenager dropped to the ground snipered. The battered cop ran up to Sniper Chris and clearly had a fractured orbital socket and severe beating injuries caused by the thug who started it. The cop said, "I'm Officer Darren Wilson, thank you for saving my life."

"Just doing what God needs me to do for all our heroes," said Sniper Chris and he vanished into the shadows.

After Sniper Chris wrote his autobiography, the so-called facts say that he was murdered by a fellow veteran suffering from PTSD, but the truth is God sent an angel down to call Sniper Chris up to heaven. He will return when he is needed. It may be the inevitable freedom revolution here in the USA, it may be to set up on a roof to protect a boot store from looters, or it may be tough leader Putin needing a sniper to put down fascist Ukrops in the Donbass. Wherever he is, whoever he is sniping, Sniper Chris will be there to spread justice and defend the American way of life, 250 grains at a time.