Why Beto O'Rourke is Perfect for Democrats in 2020 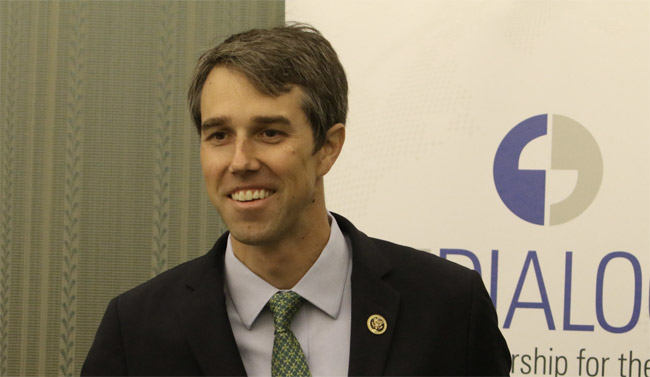 The year is drawing to a close, which means it is time to look ahead to the next major election in the United States. And what have we here? It's the fun election! The big one! America gets to decide a president. As dozens of Democrats line up to challenge Donald Trump, there is one candidate that has every single American who hosts one of those "Pod Save" podcasts excited: Beto O'Rourke. The congressman and failed 2018 Texas Senate candidate is the perfect person for the Democrats in 2020.

He can sort of skateboard like kids did in the 1990s!

Nirvana. Hypercolor shirts. Jock Jams. Hypercolor shorts. Remember the 1990s? Beto does! He learned to skateboard and he can still sort of do it. How many politicians can do that? Keep in mind, Orrin Hatch and Jeff Flake are retiring. 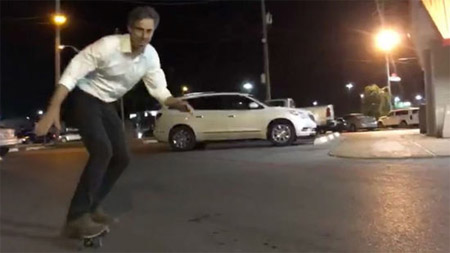 Only lost by two points to the most terrifying goblin in the US Senate!

When Beto battled one of the only men in the US Senate who is believably an actual serial killer, the sort of fright-faced psycho who can't smile like a human and speaks about everything in the tone of a doomsday cult leader that worships meteors, Beto lost by just over two points! Only 210,000 highly-educated Texans thought the guy whose own children find personally repulsive was a better choice for the US Senate than Beto; the guy who lost to the guy who lost to Donald Trump in the Republican Primary is definitely the candidate Democrats need to beat Donald Trump!

He's a multi-millionaire and his father in law is a billionaire!

Beto is worth like 10 million bucks and his wife's dad is worth billions and has already shown a willingness to dump huge amounts of dark money into PACs to help his losing son-in-law win. This is just the sort of cash money player the Democrats have been searching for! How do you stop a bad guy with a billion dollars? A good guy with a billion dollars! This is the man to champion the working class and attack the problems of growing income inequality and wage stagnation! At least amongst billionaires.

Tall? Check! Seems sort of young? Check! Charismatic? Yeah, if you squint real hard! But get this: not black. Booya! West Virginia is back in the game, baby! He's the perfect mix of Obama - and not black! African American voters will definitely show up to the polls in record numbers anyway... who cares about any meaningful reform on racial justice or voting rights? Those things are HARD.

Definitely a proud supporter of Israel!

When it comes to Israel this guy "gets it." He wants a two-state solution, which is what you call it when Israel and the United States agree to build a laser together and shoot it into the West Bank to liquefy dangerous Palestinian teenagers yelling from behind a fence.

Lord God this man gets sweaty. He will wreck a pit area. It all wicks off of his rangy torso and swamps up those shirts. When was the last time you saw a politician get this sweaty? He doesn't even need to do anything. Meanwhile Donald Trump is looking all wobbly inside and dry on top like a slice of Tiramisu. The choice is obvious. 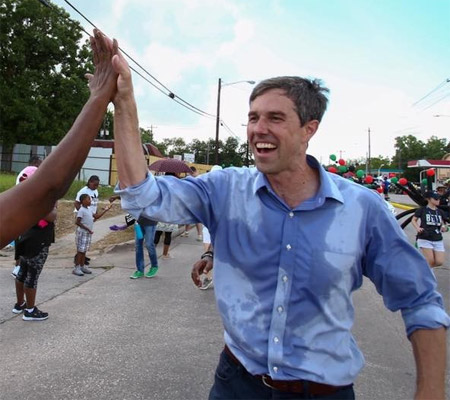 Supports green jobs or more windmills or something!

He is for the environment. He likes it. Well, not enough to stake out any concrete positions that might actually slow climate change, but in principle he is for green jobs! Carbon tax maybe? Like an electric presidential limousine? What if Air Force One was solar powered?

Said that Medicare for All thing every Democrat has to say now!

He said it! The box is checked, baby! He read the card that said "Medicare for all!" Shut up about it now, progressives! If a politician says something, that means they believe in it and it will happen! Somehow! Maybe with carbon neutral green job tax credits for all impoverished San Francisco drug users?

Beto O'Rourke may have lost in Texas by two points, but Texas sucks and it can go to hell for not electing this beautiful man. They deserve whatever they get, those pieces of shit. America as a whole is much smarter, except in the places Hillary Clinton didn't bother campaigning because she believed the residents there were too mentally handicapped to successfully drive to the voting booths without somehow plummeting off the edges of their flat Earth. Beto can easily turn that minor two-point loss in Texas into an even more minor one-point loss in 2020 that Democrat pundits will invariably blame on Jill Stein for the next four years or more! And that is exactly what Democrats should be looking for!