An Oral History of History by Wikipedia Skimmers

The Dawn of History

WarHistoryBuff: It all began in World War 2.

Epic_Science: Earth's surface was still cooling off. Magma was becoming rock. The planet was looking for a way to make a name for itself.

stan: On the big stage. To become known internationally.

WineGrrrl: There was this tiny bear thing. Microscopic maybe. A tartigrade? It could float in space and never die, ever. It was immortal... 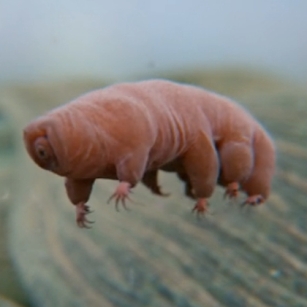 uPpErCaSeLoWeRcAsE: Look at that little guy!

hotdogcorridor: Then there was some sort of moss that turned ants into zombies...

Sniper4Honor: For real, I shit you not

Corrector: Actually, I think it was a mold.

KeepYourPoliticsOuttaMyGames1488: So at this point Iron Man came out. It began the Marvel Cinematic Universe which went on to earn nearly seven billion dollars in theatrical ticket sales alone.

blipblap: There are a lot of Marvel movies.

NoCriticismAllowed: Definitely a lot of movies. I like some of them and some of them I don't like as much but they're all great. They're fun to watch. *shrug* Sorry for liking things. *shrug*

bigthecat: It's worth noting that before all that Sonic the Hedgehog kissed a human woman.

CosmicCloaca: That's right, he did kiss that lady right on the lips. 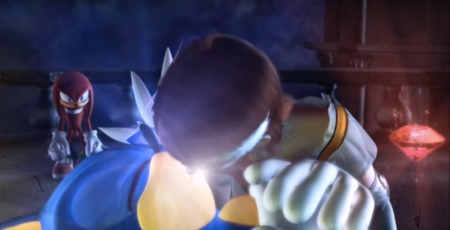 _passion_lover_: The passionate kiss happened in Sonic The Hedgehog (also known as Sonic '06) and it cannot be taken back. Reception was mixed, but it sold 870,000 units within the United States in the first six months.

OwlMovement: Then there was a typhoon somewhere and a LOT of people died. And some fires in California too.

PonderousMusingsThinker: We often think of history as not being about death but sometimes there is death in there. That's a great lesson.

bigthecat: It is. They made five Final Destination movies. Just goes to show you, about death I mean.

WineGrrrl: That's not as much as the Marvel Cinematic Universe but it's pretty good.

Chompers40K: At this point, while performing many suplexes on his opponent, professional wrestler Brock Lesnar shouted, "Suplex City, bitch!"

WarHistoryBuff: Which brings us to the present day. Now we're all caught up.

KeepYourPoliticsOuttaMyGames1488: Star Citizen will be coming out very soon. It's going to have every feature in it. Every feature you could ever want. I have personally given the developers $32,000 for virtual spaceships so far, which I see as a wise investment. That's the future of the planet Earth.