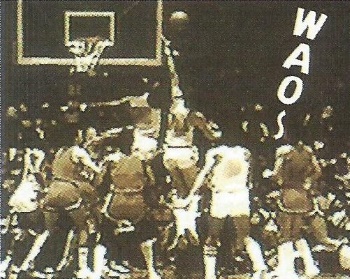 "WAO~" says someone in the audience, amazed by a simple layup. It's the thing that Americans yell when they yell, which is all the time.

Or maybe one of the basketball players is doing the WAO~ing, stunned that one guy appears to be blocking a teammate's shot. 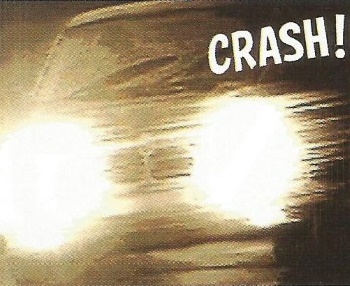 Suddenly a car crashes, hitting nothing at all!

Or suddenly a driver yells "CRASH!" as they drifts the car sideways.

Or a car is pulled over by an officer (just out of frame) who has just asked the bandicoot driver to identify himself. 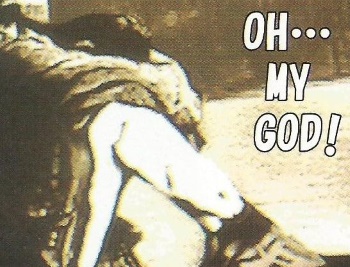 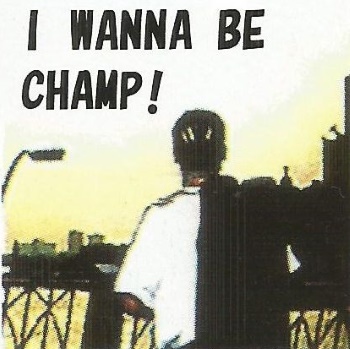 This decision is a pivotal moment in his life. He stares out at the river at sunset and vows to become the champ.

The champ of what, exactly? 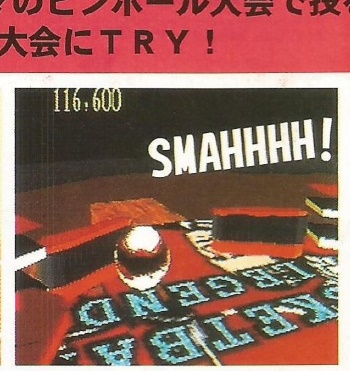 As the wise and decrepit goblin Yoda once said, "Try or try not, there is no SMAHHHH!" 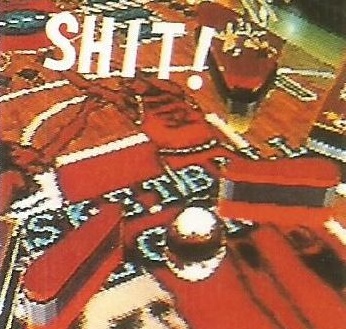 Here we see the young man's plan. He wants to become the basketball legend champ. By playing pinball.

A voice-over provided by the NBA Jam announcer features all the classics: BOOM-SHAKALAKA! and HE'S HEATING UP! and SHIT! 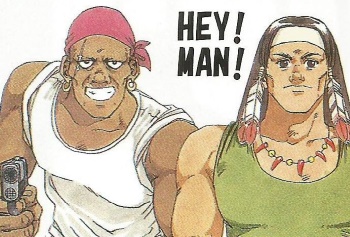 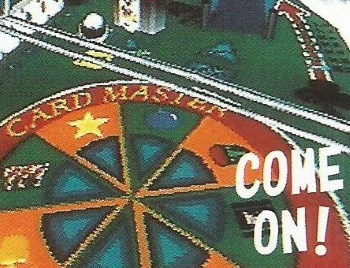 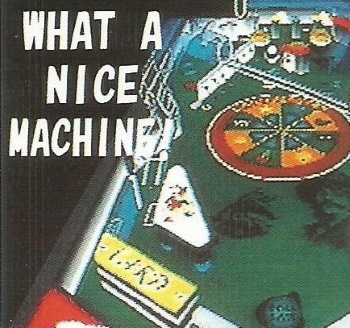 It's a nice machine.

That's it. That's the ending. A striking non-sequitur to accentuate and recontextualize the events that brought us to this point, like the last shot of The Texas Chainsaw Massacre.

Nice machine. Leatherface cheerfully dancing with his chainsaw in the sunlight. 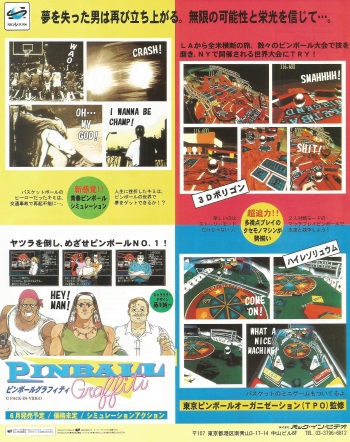 Anyway, that appears to be the story of the 1996 Sega Saturn game Pinball Graffiti as portrayed in its promotional flyer. Now everyone can stop asking me about it thank you!