Will The Last Jedi Answer Fan Questions About the Origins of Female Ejaculation? 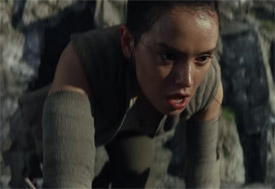 Star Wars: The Last Jedi debuts on December 15th and the buzz is building among fans for that galaxy long ago and far away. The Force Awakens introduced many new characters and prompted fans to develop a number of theories. Fans are certainly hoping that The Last Jedi answers all of the questions that have, particularly about female ejaculation.

But has BB-8 actually seen female ejaculation? That's crazy. If a man ejaculated that much he would be dead. Another popular fan theory is that female ejaculation is all or mostly urine. Those gushing torrents of liquid seem far too plentiful to be anything else. Will Luke finally tell Rey the truth about the Force and also clear things up on the content of female ejaculation? 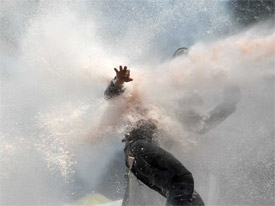 During production, actor Mark Hamill expressed some disagreement with director Rian Johnson about the direction Luke takes in the film. Could it be possible that Hamill believes in the urine theory of female ejaculation, but Johnson wanted Luke to reveal the skene gland origin of female ejaculation? Fans will have to wait until December 15th to have their questions answered.

What about the possibility of squeezing a water bottle into a woman's vagina so that she has that liquid trapped in there? Could she spray it all out on command? Carrie Fisher, in what may be her final turn as General Leia, could provide fans with the answers they are looking for. Perhaps just as she explains the truth about female ejaculation, she is killed by Kylo Ren. It would be a fitting sendoff for maybe the all-time greatest woman in science fiction.

What about Finn and new co-star Kelly Marie Tran as Rose? Will they find a holo-crystal containing ancient Jedi wisdom about female ejaculation? What is the film reveals a fourth possible origin for the liquid? That fluid could be something more powerful than even a Yoda ever dreamed!

We'll all have to wait and see!