In Fifty Years Everything Will Be Video Games 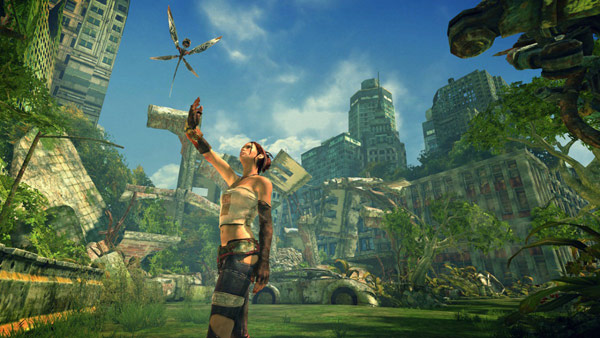 The Lego Atheists among us imagine that humans will wrap things up by creating some sort of greater-than-human intelligence out of our technological hubris. Human evolution will cease and in our place there will be robots or AI computers or, if we're lucky, humans fused with machines. Our cyberlords will then either dispose of the rest of us or keep us as pets as they see fit.

Computers, for all their advancements, seem about as dumb as they were when I was a kid. I'm not scared of something with no ambition and a tendency to crash out of applications. Pervasive technology and the use of the Internet have revolutionized society, but so did indoor plumbing. If I were forced to choose which is most valuable to me, indoor plumbing or computers, I'm going with a hot shower and a bowl that makes it so I don't get dark ages peasant diseases. Sorry, e-friends.

But what if computers become so alluring we don't care if we are crapping our pants? Why shower when it affords you no benefit in the most important part of your life: the video games. 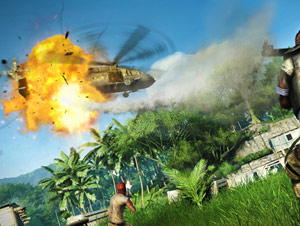 Modern Warfare 3 sold $1 billion in its first 16 days. Games like Skyrim and Battlefield 3 sold similarly well. Meanwhile, non-interactive forms of entertainment have suffered. Television ratings, ever-more-diluted by the cable creep, have continued to decline and TV sales are down according to a very recent survey.

Movies have not fared much better. 2011 was one of the worst box-office years on recent record. It makes sense. As the pre-gaming generation slowly trundles off the conveyor belt of time we will be living in a world where everyone grew up playing video games. Somebody who cut their teeth playing Combat on Atari can adapt fairly well to playing the latest shooter on PC or console.

Between 1981 and 2011, the advancements in gaming far outpaced the advancements in any other form of entertainment. Excluding digital effects, a high-quality movie made in 1981 still looks roughly as good as a high-quality movie made now. Music has been democratized by technology, but it's hard to argue that it has been improved. Television is still transitioning from expensive, scripted episodes to cheap "reality" television that can be forgotten almost immediately. Books have almost ceased to exist.

Only a view distorted by childhood nostalgia can deny the steady and obvious improvements in video gaming.

This was a soldier in 1986's Ikari Warriors:

25 years later a soldier in Battlefield 3 looks like this: 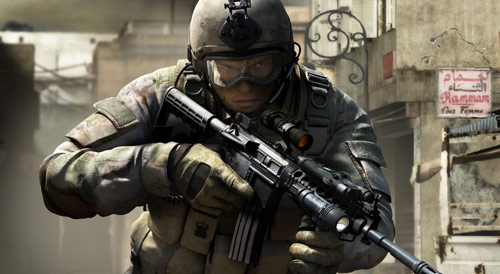 Similar comparisons could be made between old and current dragons or old and current anything else. Advancements go beyond graphics or other production values, all of which are rapidly approaching the quality of films. The game play is also increasingly complex, realistic when it attempts realism or based on puzzles, new feedback devices or other immersive technology. You can dance with video games, sing with them and I'm fairly certain there is a whole industry in Japan that caters to having sex with them. If not, I'm sure someone will mod it into Skyrim.

Modern gaming is amazing. It's so amazing bad people let their children die while playing video games. This doesn't happen with poker and basketball. People don't go to a movie and come out 40 hours later with popcorn shirt and a crib full of tragedy. 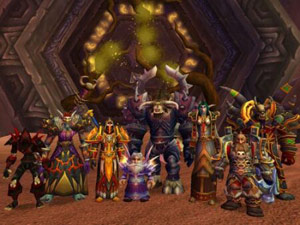 Thanks to the whole guild for being here to bury my baby daughter.As we, collectively, devote more time and resources to being entertained by video games, we devote less and less time to what matters, whether it is not killing the baby or working a job or simple things like showering.

As a sidebar, I'd love to see a graph charting the daily man-hours worldwide spent bathing versus the daily man-hours spent playing video games. I'm sure there were a few years there where gaming was on the rise without hurting various hygiene activities, but these days you hear horror stories about the poopy lengths people will go to ensure their gaming is not interrupted.

It's difficult to know which of society's ills can be attributed to gaming, but the one thing they are nominally supposed to do - make us happy - they are failing at pretty miserably.

Fifty years from now, maybe less, we will experience an entertainment-based singularity event. We will be video gamed out of existence. There will be no grand collective intelligence or robot masters to take over, just empty movie theaters and dinner tables and little baby skeletons in cribs. There will be heaps of uncollected garbage and dogs running loose in the streets. The bad guys will be in charge, doing whatever it is they want with our desolate cities, and the rest of us will be trying our hardest to forget the real world even exists. It will probably be pretty easy.

It doesn't have to be this way. The solution is simple: stop playing video games.

Yeah, I didn't think so. Me either.