The 24 Coolest Things I've Ever Done 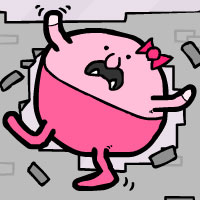 13. Got in a fistfight at a party. Spit on a cut in the guy's forehead and told him "you have the clap now, motherfucker" at the end of the fight.

14. Nearly killed my neighbor when I was a kid by smashing berries I found on bushes into a "Gummi Bears" cup and convincing him to drink it, saying the juice would "make you jump real high."

15. Ate a spoonful of castor oil and puked all over the house so my grandmother wouldn't make me go to church.

16. Got disqualified from a donkey basketball game in high school for smacking the donkey in the back of the head for not moving, thus making me the first person to ever donkey punch a donkey.

17. Turned in a list of four white power bands and Huey Lewis when a particularly irritating teacher asked us to make a list of five bands we liked as a homework assignment; presented them as "Christian groups" when I found out we were to give presentations on our list and got a B.

18. Was nearly mauled by dogs while running down the road, carrying a large plastic ghost, with my pants around my ankles during a Halloween vandalism spree. 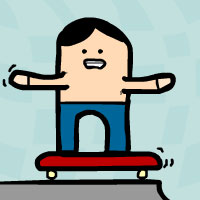 19. Got bitch-slapped by a grieving mother in a gas station when someone told me her asshole son had died and I said "good," not realizing she was standing in front of me.

20. Joked with a drunken, 35-year-old man who lived in my dorm that he should steal the golf cart a university safety officer left parked in front of our hall. I did not realize drunken 35-year-old dorm dwellers were so open to suggestion or that university security officers often left their keys in their golf carts, and as a result of his expulsion the workforce is short one accredited construction worker.

21. Tried skateboarding for the first time ever by attempting a drop-in off a 14-foot ramp. Walking back to the car to get a rag to wipe up the blood, I stepped in a human turd behind the halfpipe.

22. Hid a bag of pot in my grandmother's sugar bowl after a friend told me "they never look in obvious places." 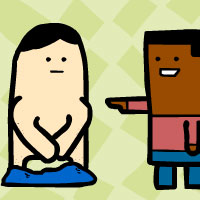 23. Spray painted the rims of my friend's $250 junker van gold with green dollar signs before making a trip to Louisville. Made trip back home without the benefit of a windshield or a wallet.

24. Ate a heaping helping of cafeteria biscuits and gravy, resulting in me shitting a bright orange foam that looked almost exactly like the Nickelodeon logo in my dorm restroom at about three in the morning. Of course, the toilet backed up, and in the process of escaping a terrible fate the bottoms of my pajamas were soaked in toilet water and neon orange exrement. I washed them in the dorm shower and attempted to walk down the hallway, nude, covering my junk with the wet, wadded up pair of pajamas. I got three doors away from my own when a group of about six black dudes came out of the room in front of me. Expecting at least a hearty mocking, I dropped my gaze. One of the dudes said "'sup, holmes", I responded with a nod, and we both went our separate ways.

As you can plainly see, I have lived a fruitful life and I am fully ready to accept the doldrums of old age. I have a story for every occasion, especially if the occasion calls for stories about black people and/or strangely colored fecal matter. I don't know about you, but I'd much rather hear about that than something involving "Europe" and "how I got my Purple Heart". Shove that in your foxhole and smoke it, grandpa!