The winner of this year's championship is Sir Geoff Bampton, making this his sixth victory. To celebrate the accomplishment, the CLNS has provided a collection of audio samples as well as a brief history on the singer. Sir Geoff Bampton, your 2010 winner!

In accordance with the CLNS Rules Change of 2003, Sir Geoff can only perform officially sanctioned songs from a list of categories. His first selection is the lead single from the popular George Michael section.
Wham! - Wake Me Up Before You Go Go

Please do not listen to this or any professional low-note singing if pregnant, soon to be pregnant, suffer from digestive problems, or autism. And, of course, never play low note singing in the presence of dolphins. Due to the nature of recording and the technological inability to truly capture the human voice when it reaches such low levels, all recordings lack the true power and depth of a live performance. 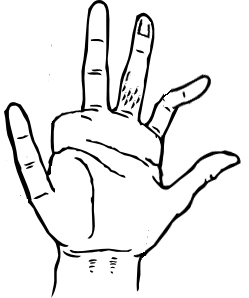 Aside from the unprecedented sixth championship victories and the three unsolved deaths on the Bampton Estates, the most intriguing fact about Sir Geoff is that his first name is actually Sir. Before being Knighted and aborting the Queen's fetus, before he killed his fiancé, and before he knew his power, Sir Geoff Bampton was forced to spend the majority of his days explaining why his father left with him with such an absurd name. According to legend, his father selected the name Sir as a source of motivation, believing his son had to either achieve something great or suffer a life of humiliation, constantly reminded of his failure. It seems to have worked. At a very young age, Sir Geoff seemed destined for success in whatever field he tried. Painting, baseball, timed geography, key cutting. He was the best at them all. Unfortunately his father, in a seemingly vicious attempt to make his son's ambition for a normal life more difficult, severed all financial support for his son, and some time in 1911 also severed all the fingers from Sir Geoff's right hand. After twelve hours of arguments and bargaining, the doctors were allowed to sew the loose digits back under the condition that none were in their original order. Unable to grip anything in his hand, Sir Geoff was left with only his voice to gain the world's attention. The rest, of course, is history.

Sir Geoff's next two selections caught the CLNS board off guard. As a long time opponent of officially sanctioned music, Sir Geoff seems to have chosen from categories unfamiliar to him: Rap and Prog Rock.

Juvenile - Back That Azz Up
It is obvious that Sir Geoff is uncomfortable in the field of hip-hop, and his performance does not truly reflect his talent. However, the ambition in selecting a single from Cash Money Records is heralded as a success.
Rush - Tom Sawyer
Filled with fantasy and imagination, Prog Rock has long been the bane of Sir Geoff's low-note singing style. Converting the falsetto voice of Geddy Lee into his trademark brooding rumble shows the same ambition as his Juvenile piece, but the true success within the song is the hatred, not ambition shown by Sir Geoff, who announced that he is the Tom Sawyer since he "get's high on you."
Previous More Front Page News Next