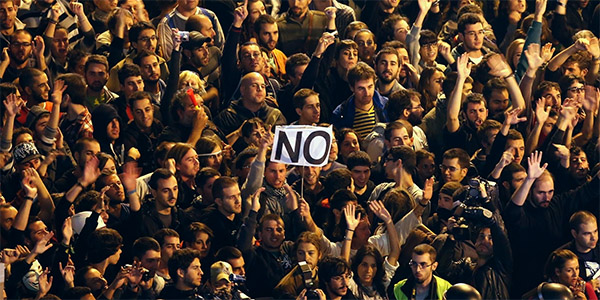 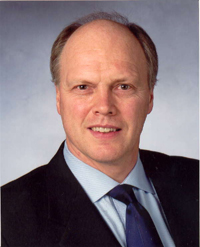 A White Person.Seems like no matter where you go these days, you'll find someone bellyaching about something. It's hard to get through that first cup of coffee in the morning without hearing "so-and-so's a Nazi" and "whoozits lives matter" and so on. And while you can always turn off the TV, some of these complainers feel the need to "take it to the streets" and voice their problems I honestly have no ability to help them with. To make all of our lives easier, I've assembled a simple list to help make protesting more effective and less disruptive to honest people who have to get up and go to work in the morning. As I learned in an unfortunate incident during St. Paul's 2008 Vinegar and Honey Festival, you'll catch more flies with the sweet stuff.

I know what you're thinking. "Hey, why don't we go and block that busy highway? Then people will know we mean business!" Well, the only "business" in this case are the ones you'll be ruining by disrupting the flow of traffic that keeps our stores stocked with waterbeds, backhoes, and other essential elements of everyday American life. What will causing a nuisance get you? Exposure from the media? Just think of what your prospective manager down at the Payless Shoes will think when they see you on TV, carrying on with a potentially dangerous sheet of poster board. If you must protest, please, try to do it indoors, and within the limits of any noise ordinances in your city or town.

Yeah, I get it. It's a real tragedy that one of your "buds" got shot in the heart seven times for not immediately crumpling to the ground upon making direct eye contact with a police officer. Or maybe they crumpled to the ground so fast that said cop had no choice but to empty his entire gun into what could be considered an extreme threat. Whatever the case, when you're making an omelette like America, you have to break a few eggs. And even though a certain kind of egg is being broken at a much higher rate than the others, is it really our place to judge? So maybe instead of coming out and calling people murderers, you can instead say, "Hey, how about you be a little more careful next time?" Even if you're directing this message to the deceased, the police may pick up on it and think, "Say, people should be more careful around us!" Then, they can start some awareness programs for our youth if there's any funds left over after all of those wrongful death lawsuits.

Hey, I know what it's like to be angry. Back before I put on a little weight, I'd regularly go down to the local high school football games in full body paint, where my pure hatred for the opposing team expressed itself through a variety of lewd chants and suggestive dances. And sure, one time I got into a fistfight in the parking lot after saying some inappropriate-but-true things about a rival fan's wife, but I acted politely to the police officer who broke it up, and fully agreed with his tough-but-fair ruling of "boys will be boys." So why not carry the spirit of football into your little protest by ditching those depressing signs and wearing some festive costumes? You can even add some tunes to the ceremony if you think it will help liven things up! But please, classic rock only: It's the only form of music that all cultures agree is the best.

Protesting is already hard; why make it even harder on yourself? If you tell me "This guy shouldn't have died," frankly, I'm going to have to agree to disagree because I don't really have time to look into the facts with football season just around the corner. Instead, why don't you get behind causes we can all agree with? If I drove by people carrying signs that said "Two cheeseburgers is not too much red meat for one meal, Carol," (Carol is my wife's name) I'd not only honk to show my support, I'd get out there and march alongside you! To be brutally honest, you've got an uphill climb ahead of you if you decide to raise a stink about issues not all people agree on. If you need some suggestions, here's a few: the declining state of gazebos, overpriced corkage fees, landscapers who roll their eyes when you give them helpful advice, or rude cardiologists who (again) tell you two cheeseburgers is too much red meat for one meal. We Americans may have our differences, but we can at least agree the amount of watermelon flavor in a "watermelon" IPA is meager at best. And that's what makes this country great.