A Max Buckly Jr Retrospective: From Emoticon To Movie Star

Max in his early days.Max Buckly Jr. began his illustrious career from the humblest beginnings: a free smilies site called Clicksmilies. He was discovered there in the form you see at left by Something Awful forums members, most notably our own Johnny "DocEvil" Titanium. Max, affectionately called by his original file name, "Mad Max", soon began to rise in popularity, despite certain haters such as Josh "I don't know why, but I just hate this smiley with all my heart and soul" Boruff.

As I'm sure you're all aware, Max has managed in the last few years to harness the power of his popularity and sheer level of coolness in order to launch a varied and excited career in the film industry. You've all seen his many movies, of course, but, with the help of the same SA goons who formed his original fanbase, I'd like to take a deeper exploration of his work so far.

Plot: Chief Screaming Eagle is an American-loving Indian with a true rock and roll spirit. That is, if he can get over the crippling alcoholism he has developed on his poverty stricken reservation! Well, his time is about to come when those evil dudes, the Nazis, conquer Europe for their god, which is Satan. And Screaming Eagle has to go show those Nazis what's up! He's going to save the world and prove that Indians are just like any other Americans, only darker and with, like, animal powers and shit. 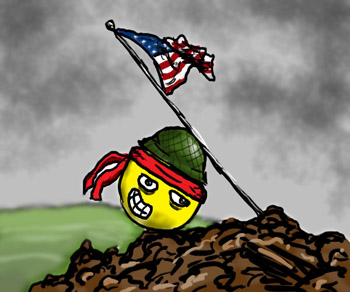 Review: This was a breakthrough hit for Max Buckly Jr., and thanks to heavy internet marketing, it was a huge success. Soon after its release, he was voted Most Eligble Emoticon of the year by People Magazine.

Of course, the obvious stand out in this film are the action sequences, involving everything from the famous toboggan chase through a steel mill, to the climatic shoot out in Hitler's bathroom. But what really makes this film is Max's subtle portrayal of a Native American struggling with his place in America.

He makes you understand the character's cultural history from the very moment he appears on screen wearing a feather head dress and talking in pidgin. When Screaming Eagle finally accepts who he is and shouts "ACTIVATE COYOTE POWER" while throwing various stuffed animals at the Nazi leadership, well, I dare you to keep a dry eye.

Memorable Quote: Screaming Eagle: The Nazis will not see this coming. (Pulls out big gun) 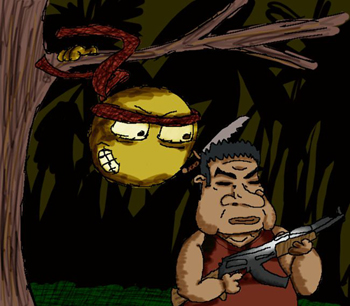 Plot: As an entire country struggles with the question of morally justified war, and a generation of young is thrown upon the rocks of Vietnam, one man sees through the struggle to the ultimate truth that killing things in a jungle is hella cool. A sequel to the little known military training films, Sgt. F. U. Charlie Properly Assembles A Rifle and Sgt. F.U. Charlie Learns To Duck, this movie motivated over 1000 Americans to volunteer for the military, over 23% of which survived!

Our hero is a new recruit, straight off of the farm his daddy raised him on, and ready to show those Vietnamese what's up! He knows kung-fu and how to kill a man 200 feet away with the loose sole of his shoe, both of which were handy skills on a farm! Oh, and after murdering half the Viet-Cong, he learns the importance of peace, which is the movie's main message along with "Don't mess with F. U. Charlie!". 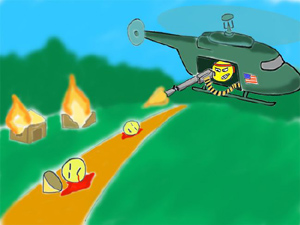 Review: Perhaps the weakest of Max's oeuvre, this film still holds some power in the context of its time. Filmed on location in a barn plastered with pictures of Fiji to convey a tropical look, this film absolutely drips of gritty atmosphere, and the action is extremely tense despite the use of nerf guns and super-soakers in place of actual military equipment While the characters may seem dated, there are certain timeless scenes, such as when Max is offered LSD by the black guy and says "Hell no, anything but a pure body is pure madness!" before putting him in a head lock and shouting "I'll show you a bad trip" then throwing the guy onto a landmine. He then gets reprimanded and stuck in the brig for over half the movie for attacking another soldier.

I feel I also must call attention to Max's portrayal of the climatic epiphany in which Sgt. Charlie shouts "War is never the way to get ahead" while holding up the head of a Vietnamese guy he killed, which is truly head-licious (pun intended). 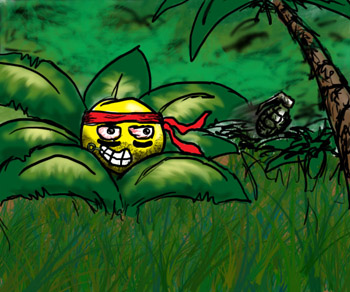 Plot: It is a peaceful future and there is no more war. Or is there? Either way, it's time for Captain McBlaster to show the future what's up!

Review: Despite receiving some flack for making its distant future setting a full year before the film was released, Mission In The Year 2003 is undeniably a powerful exploration of people flying space ships around and why war in movies makes the movie more exciting than a movie where there is no war.

This was Max's first attempt to break out of his image as the warrior actor, and while it was successful to an extent (very soon after the release he starred in an off-Broadway stage adaptation of Cheers), it also showed us that a Max without a pumped fist and a BOOYAH is not the Max we have all come to love. 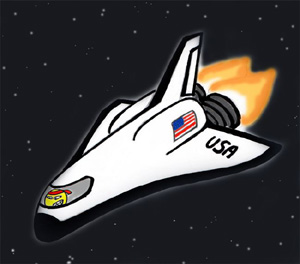 Plot: Putting its own twist on the famous story about Jews fighting Middle Eastern people, this movie leaves out the 24/7 news commentators assigning constant blame for every death! Featuring Brent Spiner as the voice of God, showing the Jews what's up!

Review: Everyone has now heard about Max Buckly Jr's infamous conversion to a radical form of Unitarian Universalism, which led to both the making of this film, and his move to a heavily armed Unitarian compound in Oregon called "Camp Acceptance".

The result of his work is a stirring story of betrayal and redemption that stays true to the spirit of the original while taking certain exciting liberties, such as an aged Jenny McCartney potraying the female Pharaoh, She-Rah. The iconic shot of Moses wielding a katana-gun as he leads the Jews in battle against the Egyptians at the bottom of a cgi Red Sea is one that won't be soon forgotten While the real life drama behind the making of this picture threatens to overshadow the work itself, this film stands as the best radical Unitarian biblical action film ever made. Besides "Die Hard", I mean. 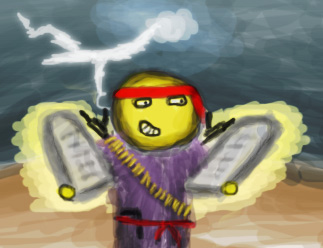 Life…Is A Blank Canvas, My Friend

Plot: Dying of cancer, the famed painter Jerry Stein questions his existence as he reconnects with his estranged daughter.

Review: Once again showing Max's startling versatility, this piece was seen by many as apology for his ill-received "X-treme Dracula 2000" the year before. Delving deep within his own experience of dying at the box office, Max gave new meaning to the phrase "terminal illness." As Max himself explained at the premiere, "They wanted me to lie down and, like, look sick, but that's not me, you know man? That's not who I am. So they allowed me to have a couple fight scenes with the nurses as a compromise, which I think really adds to it."

Memorable quote: Jerry Stein: Do you have your ticket…for the GUN SHOW? (Flexes muscles and pulls out big gun) 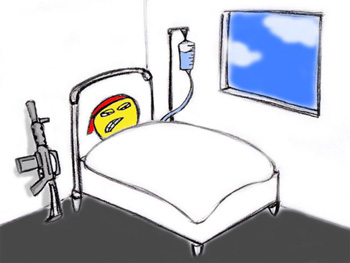 Those of us who have followed Max's career all the way from freebie emoticon to top tier Hollywood star can only describe it as the journey of our lives. I think it's clear that the only place our little yellow friend has to go is up, and the answer to the question "What will he do next?" is: Whatever the hell he wants.