As one of the elite members of homeless society, you've done it all. Begged for food outside the poshest restaurants in Malta, slept in the expansive cradle of the Eiffel tower's steel beams, yelled at the exterior of an exclusive resort in Tahiti for "stealing my video tapes". Been there. Done that. Total yawnfest. So what's left out there for you to do now? What experience can possibly be fresh and exciting to the trendiest of the trendsetters who've seen and done it all?

Well, the most glamorous and cutting-edge bums have taken to a new fad that's sweeping the world - laying down and dying.

Dying may sound scary at first, but it need not be. It will happen to all of us eventually. No matter how fabulous we remain or how up-to-date we are with the latest styles, we will all die of exposure at some point. Instead of expiring on some icky park bench (as if!) or in Nameless Gutter #3820, why not find a chic location to give in to the inevitable and simply lay down as the life escapes from your body in one long, exhausted sigh? That's exactly what homeless hipsters like yourself are doing right this minute.

The trend is still relatively new, but before long word will get out to the common folk and all the top spots to die in will have been taken. Luckily for you, our editors have taken a look at the most fabulous places which haven't been used as of yet and ranked the top five to make your decision easier.

Be careful not to dawdle while reading this, or your favorite locale could get snapped up by someone else and your death will become blase!

Dying in a dumpster is the most positively sassy way to proclaim, "I'm nothing but trash and no one will miss me when I'm gone" without resorting to wearing pleated khakis. (Blech!)

There are several advantages to dying in a dumpster. The first is the likelihood that no one will even notice your body since garbage trucks are almost entirely automated. No muss, no fuss. You'll fly under the radar without causing a scene in the same way that Colin Farrell might sneak into a nightclub through the kitchen. Big style points for that.

Second, having your carcass decay in a field of discarded items makes a powerful statement with all sorts of deeper meanings that the indie film crowd will love. If your parents are dead and buried in a lovely graveyard somewhere, it makes the scenario even more touching. There they are, the people who loved you most and had so much hope for your future, and here you are, thousands of miles away and forgotten in a field of waste.

Third, if you aren't buried too deeply beneath the coffee grinds and wet newspapers you could potentially get a great tan.

Only a possibility for the most influential of homeless people, the surface of Mars is a contemporary and exclusive place to visit, much less lay down and die.

No one has even been to Mars yet, so by dying there you would become a legend among even the highest social circles of the homeless. Imagine the look on some poor astronaut's face a hundred years from now when he takes what he thinks are mankind's first steps on the surface of Mars and stumbles over your fabulous corpse. How delightfully macabre!

Outer space is remarkably cold and acts as a vacuum (like a ziplock bag). Why is this important? Because it should perfectly preserve your features for all of eternity, which is way better than a facelift.

Getting to Mars will be difficult, but for someone who knows how important their image is, it's well worth the hassle.

"Don't you feel bad about leaving me now? I'm dead and you can't get to your morning paper without the mild inconvenience of stepping over me!"

While it's certainly chic to die in exotic locales that will net you the most attention, there is something to be said for dying somewhere more personal to you. What, we ask, could be more personal and distinctive than the current residence of your ex lover? You'll get the best of both worlds by making a final statement that he or she can't respond to while simultaneously portraying yourself as a tortured and profoundly complicated soul to the outside world.

Van Gogh became famous for delivering one of his ears to a lover who scorned him, so just imagine how famous you'll become for delivering an entire body!

How deliciously tres-ironic this is!

Ending your life in the happiest place on Earth? Insta-celeb. You'll be the talk of the town until the next line of Prada plastic bags is released, guaranteed.

Gaining access to the park could take some work, however, as ticket prices have risen drastically over the years. We suggest selling as much of your blood and/or semen as possible, then taking the profits and buying blood and semen from other homeless people at a discounted rate. You'll soon have way more blood and semen than you could have possibly produced on your own.

Now take this blood and semen and splash it in the eyes of the person taking tickets at Disney World's front gate and run inside the park. With good timing and a little luck you'll be face down in the shallow water of It's A Small World before the blinded employee can stop screaming long enough to describe you to security.

(article concludes after the advertisement on the following pages) 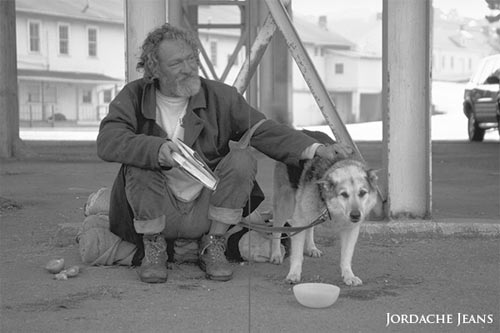 The ultimate way of saying, "I have nothing but utter contempt for your bourgeois rules, you oppressive society!"

Let's say you're walking from the soup kitchen (I recommend Holy Apostles on Ninth Avenue in NYC, the ambiance is divine) to your swanky temporary shelter under the highway overpass, when suddenly you think, "Hey maybe I should lay down and die." Instead of exerting all sorts of effort by further exploring the idea and doing research, simply stop mid-stride and lay down to die right where you are.

Dying on a whim without thinking it through is so very punk, which is in fashion this year. It proves how much of an individual you are because you don't take the normal route everyone else does, and it emphasizes your role as a reluctant role model. You know how Oprah Winfrey didn't even try to be an icon but she became one anyway? That's what will happen to you.

These hotspots are the creme de la creme, but no matter where you choose to lay down and give up on life, remember to keep it fabulous!