Being one of the most intelligent and well-read individuals on the entire internet, I am familiar with the works of all the great authors. From Dan Brown to the guy who wrote Jurassic Park, my bookcase reads like a who's-who of the finest minds the literary world has ever seen. That's why the concept of this week's Goldmine appealed to me so much. Forum goon BrickRedTruth asked his highbrow peers to uncover the truth on how these well-known authors started off their writing careers. Let's take a look at how literati wrote before puberty hit. 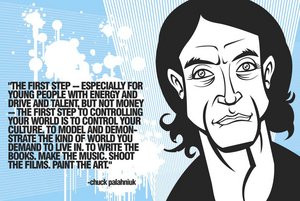 Go for a walk. Gas up your car. Visit your ailing grandmother. Whatever you do, just make sure you do it long enough for your dog to notice that you're gone.

Now come home. Watch the way he comes bounding to the door, as if you've been gone for 20 years instead of 20 minutes. If he was a person, it would be downright uncomfortable.

Now, as this happens, stop and remember that a dog's real memory is probably limited to a matter of minutes. In the time that you were gone, he's completely forgotten who you are or that you even exist.

But when he sees you come through that door, the sight and smell and sound of you triggers associative memory, the only kind of memory a dog really has. He comes at you with his tail wagging not because he loves you or even because he actively remembers you, but because you cause a vague, undefined memory of general happiness: food, water, pats on the head, kind words. Man's Best Friend loses all knowledge of who it is he's friends with in the time it takes for us to go to the grocery store. Everything he does, he does on instinct and repetitive learning.

At heart, the creature we view as most human is just as much an animal as a rat. Or a scorpion. Or a cockroach.

My new dog Max isn't a Southern Hound; they were gradually bred out of existence some time in the 19th century. He's not a Tahltan Bear Dog; they slowly vanished when the Canadian Indians that trained them to hunt bear traded spears for 12 gauge shotguns. And he certainly isn't a Cordoba Fighting Dog; they were so vicious that when males and females were put together and given the choice to fight or fuck, they fought.

Max is a beagle, just like Snoopy. He came home on a hot summer day, straining at the leash with the whacked-out mindless joy that comes standard-issue with every puppy. He clambered up my leg with his sharp little claws, sniffing and licking and whimpering with excitement, like an over-affectionate aunt or a drunken ex. From there on out we were inseparable, if only because he would whine and paw at the door whenever I would leave him behind. I took to sneaking out of the house, just to save him a fit of anxiousness and misery.

And isn't that strange, the way we find ourselves loving animals with greater intensity than we have for most people? Take a man who cheats on his wife, beats his kids, drinks through every night and sleeps through every day. That man could be a horrible, boozing shell of a person, but there's still a good chance his heart will melt at the sight of a good, friendly house pet. He'll pet them and scratch behind their ears when he won't even hug his own son.

Show someone a news story about the bombing of a school bus in Jerusalem, and you'll receive a noncommittal gesture of vague pity. Show the same person an article about animal experimentation or a local psychopath-in-training ritually murdering cats or a dog that died trying to save its masters from a burning home, and watch them gush with emotion.

I love Max. I love throwing him his ball, I love walking him around the neighborhood, I love how he curls up at the foot of my bed every night to go to sleep. But most of all, I love how he and every animal like him can make us feel happy and complacent. Distracting us from real tragedy, giving us a homunculus of true human affection. Without Max, I would have to face the horrors of genuine human interaction. And how horrible would that be?

ME AND MY TEDDY BEAR BOBO
BY SHIRLEY JACKSON AGE 7

Me and my teddy bear are friends and we like to play together.

My teddy has soft hair and a brown tummy and his name is Bobo. He likes kittens and he likes ice cream and he doesn't like broccoli and neither do I. Bobo and me play every day. We like to play house the best.

I am the mommy and he is the daddy and my kitten Goldie is the baby. I vacuum and brush Goldie's hair so she can be pretty. I make food in the kitchen and wait for Bobo to come home from work. Every day I put yummy dinner on the table and Bobo comes home.

I look at his face with buttons for eyes and his big smile and think about smashing his brains in with a hammer.

On the morn of the first day of spring my Mother took me out to the New England countryside for a much needed breath of fresh air. We chanced upon an old and dilapidated farm, seemingly forgotten by the world as it stood half-hidden behind a hedge of sinister willow trees. As I observed them they remained blasphemously still in spite of the high winds that were vexing Mother so.

We approached the farm, and a feeling of blasphemous madness stole over me. The cobbled path turned into a walkway of skulls before mine eyes, disembodied voices screaming with every crushing step I took. On the wind I could now hear tones of the daemoniac piping music the Mad Arab Abdul Al-Hazred spoke of in that accursed tome known only as the Necronomicon.

We arrived on the porch. The rotten door swung to, scattering gibbering insects the size of eyeballs left and right. Mother paid them no mind, and strode valiantly into the non-Euclidian entrance hall. I followed shortly, throwing my fears to the mad winds, preparing for whatever horrors I was to face next.

In the middle of the room at the end of the hall there stood a table with a gilded cage on top of it. My mother stood next to it, and smiled ominously. A fierce draft disturbed the curtains for a moment. A single tentacle glistened.