I have served over 20000 hours on the rotary club and deserve at least three minutes of your readership.Well readers, it sure has been a rough and tumble year for yours truly. After my dear daughter-in-law Susan and great nephew Jace got themselves arrested for starting an illegal mathematics study room, or "math lab" as the police man called it, I had no choice but to enter your community with the promise that my television could come along as well. It is a good thing the latter did not happen, as I am now able to spend my 19 hours of daily free time writing the Monroe County school board to sway their opinion on independent study hall operation. Having recently sent several letters to President Oboe, I can tell you that trying to make a change can be just difficult as getting the Vietnam man in front of the communal TV to move away from in front of the communal TV. But sometimes if you don't get results you still learn how to shout in another language which is a skill that will come in handy during boat travels.

I was feeling particularly down in the dumps when activities director Kris Robertson asked if I would like to cover the food beat. Before I could tell her how pleased this would make me, I was rushed to the bus, which had just enough gas to make it to the corner McDonald's and back. Even though I had no time to put on a coat or shoes, the bus man did his best to keep my spirits up over the next 40 seconds by turning up the radio very loud.

Admittedly, I had meant to make a reservation at McDonald's for quite some time. Over 30 years of trips to the downtown yarn store, I would always pass its stately courtyard featuring a statue of the restaurant's founder, Ronald McDonald. But popularity did a fine job of keeping this gal away! Many a time I would see people drive up to the restaurant's window with their cars, I assume to ask the host whether or not seating would be available that evening. I tried this once myself and the fry man kept handing me packets of ketchup until I drove away. I am not sure how this system works, but I am grateful for the ketchups and still use them to this day.

Inside, we were greeted by luxury. Mr. McDonald's interior decorator must be commended. The tile floors were very clean, and in fact always wet. I fell several times and a young man spilled an ice drink on my head, presumably to help with all of the bruising and swelling. I seated myself near a window within view of the bus, as instructed.

While waiting for my server, I took notice of the din around me. A family with twelve children sat in the three booths adjacent to mine, which sent a strong message that this establishment's food was fairly priced. A serving man in a windbreaker asked if I had any money, and I kindly replied that I only tip after the service has been provided.

I had then realized that in the excitement of dining, I had completely forgotten to place my order. I walked to the front desk and wouldn't you know it if they offered to take it right there -- welcome to the New Millenium. I selected the hamburger sandwich with a side of pickled beets, but apparently they were not available at this location, along with sauerkraut, egg salad, or kidney beans. The fifth man in line behind me suggested French fries, which I considered, but ultimately declined.

By the time I reached the other end of the counter, my food was there and waiting for me. I picked up the tray and quickly returned to my seat, which had been dampened for cleanliness in my absence.

The French Fries ($2.49) were salty to the palate and comprised of potato strings, fried in hot oil. Servings were generous, so generous in fact that the waiter who wanted a tip earlier asked if he could take some away for me. Knowing I had such a big meal ahead of me, I opted for the doggie bag. 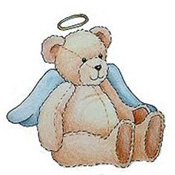 The waiter picked up my fries with his hands and ran outside to get one. Before I could touch my sandwich, Kris Robertson let me know she had no more cigarettes so it was time to go. I have a small appetite as-is and knew my famous French-style potatoes would taste all the saltier if delivered to me later. I am still hoping this will happen.

President Oboe, if you are reading this as my previous 14 letters have instructed you to, I am sure it is well within your Presidential powers to visit Mr. McDonald and let him know he may have a rogue server on his staff. I do not want the actions of one young man to ruin what was an exhilarating trip outside of my bedroom. Until then my grade will be pending.