To become a criminal mastermind is an arduous process; one must work up from the custodian’s closet of petty thievery through the mailroom of burglary and past the cubicle of liquor-store stickups before reaching the plush corner office of mastermindery. I didn’t suddenly wake up one day as the greatest criminal genius of the Twentieth Century. I had to work my way up from scams to hustles to grifts to short-cons to swindles to long-cons to heists to inside jobs to stings to capers to scores. 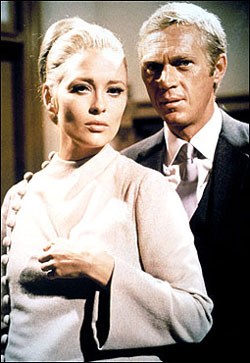 The sophisticated gentlemen prefers capers.I’ve spent decades perfecting my craft, and nowadays I knock over international banks like children knock over dominos. I’ve amassed a fortune in fat offshore bank accounts, little velvet bags of diamonds, untraceable bond certificates, Nazi gold, priceless works of art, and the arks of various and sundry covenants. I’ve got more money than the world’s most decadent sultans, but even after all my big scores I still cherish the little crimes. I still get a kick out of running from restaurants without paying. My heart still races when I loiter. I can’t get enough of openly endorsing a candidate mere feet from the polling place. I feed the bears, and no man can stop me.

I build ruthless teams of experienced thugs, hand-picking the finest and most capable ne’er-do-wells from around the world. Some penny-ante, dime-store masterminds think a team of three or four people is enough. They’ll settle for a safecracker/demolition guy, a token black computer expert, and a thug or two. Despite the higher overhead, I often assemble teams of upwards of two dozen specialists. My last job, a jewelry heist in Brussels, involved three stake-out guys, two thugs, three goons, a safecracker and a demolition guy (two separate guys, thank you very much!), a token black computer expert, a corrupt politician, two inside guys, an ex-special-forces psycho presumed dead by the government, a squirrelly comic relief man, a gadget guy, and two out-of-work actors.

That was one of my lighter operations, and although I felt under-staffed, the low headcount meant that I got to walk away with almost 8% of the net score, after expenses.

I sometimes feel that I could keep up my life of crime forever, but I know the odds are against me. Those who don’t retire early always get caught, and for every mastermind who retires to the Bahamas, ten more get thrown in prison after biting off a bigger score than they can chew. The rate of tropical mastermind retirement would be far higher, I think, if we didn’t all pine so deeply for a Last Big Score. To retire without attempting the crime of the century would leave a criminal genius with a maddening irritation, not unlike the phantom itch of an amputated leg. Even if failure is almost certain, even if I plan to rob the sun with guns made of wax, I know that I have to take a stab at it. I know that my vanity will doom me, but I’m not getting any younger. It’s time to start making big plans.

My Last Big Score must not only be a historic heist, but it must also stick it to the man. That’s why I’ve decided to go after the government’s bloated coffers. Almost every mastermind has dreamed of knocking over Fort Knox or the Treasury, but I’ve set my sights on a subtler and less secure target: the Department of Transportation. Did you know that the DOT has funding of over $54 billion dollars? Imagine it: all the funding for the Federal Aviation Administration, the Federal Transit Administration, the National Highway Traffic Safety Administration, and the ultimate cash cow, the Federal Highway Administration, all sitting in one place, ripe for the picking. While the DOT’s funding is not at its all-time peak—by dragging my heels in 2001, I missed my shot at a legendary $67 billion score—knocking over the DOT’s current budget would still represent one of the most lucrative criminal windfalls of all time. 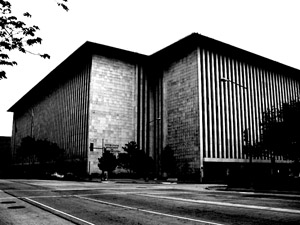 The Department of Transportation looms like a minotaur before me.Due to the complicated politics of funding disbursement, it’s difficult to anticipate exactly where the money is at any given time. Norman Y. Mineta’s strongbox may be full of steaming green lucre one day and empty as a vacuumed tortoise the next; he’s constantly doling out money to the various agencies of the DOT, so the funds diminish as the year wears on. Luckily, we’re only two months into the government’s fiscal year, so I would estimate that Mineta is still sitting on $45 billion dollars of unallocated funding.

I have considered several methods of robbing the Department of Transportation. My first idea was to hire a team of expert disguise artists to pose as a stretch of highway that had fallen into disrepair. This method had the advantage of being a direct way to stick our hands in the Federal Highway Administration’s deep pockets. The main problem with this, aside from the expense of creating convincing highway costumes, is that Norman Y. Mineta is an extremely suspicious and vengeful man, and often elects to burn entire miles-long expanses of highway to the ground if he has any inkling that they’re attempting to cheat him. Another problem is that highway repair crews often spend the money allocated to them on things like tar and asphalt, rather than giving money directly to the highway (another example of big government’s nanny-goating milk-teat bureaucracy).

The problems posed by the highway disguise method suggested a more subtle, high-tech method. I have in my employ several token black computer experts, like those seen in the films Die Hard, Sneakers, and Extreme Prejudice, so why not put them to use? Perhaps one of my computer guys could illegally access (or “hack”) the Department of Transportation’s computer network and create an entirely fictional sub-agency of the Federal Highway Administration, called something like “the National Highway Rest Stop System Transit Maintenance Agency.” I, posing as director of this agency, could appeal to Norman Y. Mineta for increased funding. I could avoid suspicion by chipping away at him little by little: requesting a new five-million-dollar headquarters building here, a two-billion-dollar highway rest stop renovation project there, et cetera. The obvious drawback to this scheme is that, barring extraordinary circumstances, the funding for a minor sub-agency like the NHRSSTMA would not be likely to exceed a few billion dollars. The problems go deeper than that: not that I underestimate my abilities as a confidence man, but pulling the wool over Mineta’s eyes is like dancing with a hungry jaguar.

I’ve come to realize that only one method could satisfy me. Nothing less than a direct robbery could truly fulfill my lust for a Last Big Score, even if it would end in certain death. Marching into the Department of Transportation headquarters in Washington DC would be a daring flourish. It would bring me back to my criminal roots and culminate my career; it would remind me how I climbed from muggings to stick-ups to hold-ups to armed robbery to the grandest of larceny. I could forego the computer hackers and high-tech recon operatives and burst into the place with a classic, rock-solid team of thugs, gunmen, and safecrackers. Best of all, it would bring me face-to-face with a canny opponent. According to the Department of Transportation Website, Norman Y. Mineta designed the DOT building as an impenetrable labyrinth of traps, holograms, and mirrors; by my estimates, it could take up to a week of guerrilla skirmishes and sleepless camp-outs in the winding halls of the DOT building before we could penetrate Mineta’s inner sphere.

As I entered Mineta’s office and demanded that he hand over the Department of Transportation’s funding for the 2006 fiscal year, he would almost certainly spring some devious trap on me, driving pristine ivory spikes through my ribs like skewers through raw pork, or dropping an airtight glass box full of wolf spiders on me from above. I would stare into his sightless eyes as he produced a pan pipe from his desk drawer and played the whispering melody of my death, slowly dancing backward without moving.

As my vision faded, I would remember rerouting the pneumatic tubes in a Moroccan bank so that glass cylinders full of bearer bonds came flying up through the roof, where I caught them in a silk net, designed by Christo, draped from a helicopter. I would remember picking up a bank in Luxembourg with an enormous crane, and shaking it from on high; I would remember combing through the broken bodies and picking up bags of money stained with black fluid from the deepest wells of the human corpus.

Click here for my musings on all things trout related! A comprehensive guide to the best trout streams in California, at your fingertips. 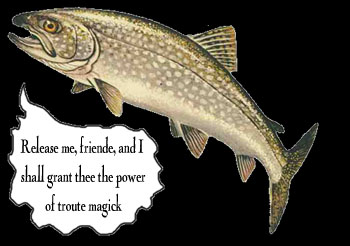