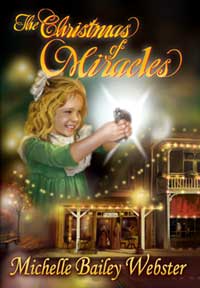 Every year we are reminded of a rare and wonderful phenomenon that occurs much to the dismay of skeptics: the Christmas Miracle. Little is known about the root causes of Christmas Miracles, but it is theorized by leading scientists to be conclusive proof of either the existence of God, or the existence of several Gods, each one more powerful and wiser than the next. Of course I tend to agree with science that God is awesome and that he's probably also filthy rich. That goes without saying, as far as I'm concerned.

Now that December, the last month the calendar offers, is at our doorstep, Christmas is just a snail's heartbeat away. Already the throngs of mindless shoppers have gathered their clubs and various bludgeons and amassed at the stores to fight over a bounty of unnecessary items in a sad and sorry ritual that no doubt makes Jesus wish he had never been born. I suppose I'm gloomy when it comes to holidays, particularly since the only one I bother to celebrate is Armistice Day, in which I lay down my arms and agree not to kill any more Germans for the remainder of the year. It's a lot easier to buy gifts for, since the greatest gift of all is mercy.

Christmas brings with it not just an exchange of presents and love, but also miraculous events that serve as reminders of divinity to those of strong faith and inspiration to those lacking. I would like to take a moment, perhaps two, to share with you some of my favorite Christmas Miracles past and present. Although I am but a horrible monster, I too appreciate a good miracle. I hope you do as well!

The Christmas of 1890 was bittersweet for those in the town of Pennyville, Transylvania. That year Count Dracula shocked the town when he had a change of heart, deciding to spare two children in favor of drinking some vegetable juice he had in his cellar. The townspeople were so thrilled and excited that they held a huge Christmas celebration and feast in the town square, naming Count Dracula as the guest of honor. Dracula, being kind of shy about his feelings, opted not to attend because of a "prier engagement with mother." It was a true Christmas Miracle that he didn't attend, because a huge earthquake struck the town of Pennyville, killing everyone in attendance of the great celebration. Later on in his memoirs, Dracula said there wasn't a day that went by that he didn't thank Jesus for saving him.

1904 was a banner year for meat production, as the great stockyards of Chicago were booming with animal and manpower. December of that year was especially productive because of a single pig: Chubby. Chubby the pig was donated to an impoverished sausage factory by an unknown and thoroughly kind soul. The sausage factory was shocked and delighted to learn that the swine had entrails that never ended. For days and days the meatpackers pulled and pulled, yanking the pig's monstrous entrails all around the factory, even stretching them outside and around the city. The more they stretched the entrails, the more the incorrigible Chubby squealed with delight. Finally they decided Chubby was a miracle, and spent weeks making sausage from his generous intestines. Before the month was out, they had made a year's worth of sausage. Sadly, on a cold and snowy New Year's Day, the good fortune ran out. Chubby's intestines came to an end, and with them so too did the greatest miracle Chicago had ever seen. But even then, everyone simply laughed off the trichinosis and agreed Chubby was the best thing to ever happen to the Windy City.

In December of 1934 a white buffalo was born in South Dakota with a pattern on its side that resembled the face of Jesus. As was the custom of the age, exceptionally fat people were treated like celebrities. Newspapers regularly printed lists of the fattest people in the world, ranking them by weight. One particularly obese man (#7 according to the Chicago Herald-Examiner) used his sway and public approval to have the buffalo slaughtered. After eating the entire buffalo in one sitting, he declared it to be the most delicious animal his innards had ever laid their hands on. That's when the true miracle occurred. Over the next week, that fat man proceeded to lose 10 pounds, baffling doctors, scientists, and dieticians alike. It was agreed by one and all to have been a true Christmas Miracle. Ever since then obese people have flocked to South Dakota in hopes of laying claim to their very own miracle buffalo calf. Most of them are run out of state by South Dakotans fearful that their mighty Corn Palace will get eaten. 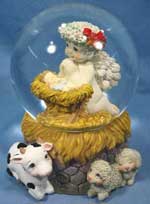 The unforgettable year of 1978 brought a Christmas Miracle of a different variety when the Akron, Ohio Museum of Mummies witnessed an extraordinary event. Long suffering from declining attendance, museum curators and administrators were at their wits end trying to come up a way to boost ticket sales. They were blessed with a little help on Christmas Eve when their famed mummy couple Steve and Mary Sue suddenly doubled in number. Overnight, the ancient mummies somehow miraculously produced a set of twins. Soon people from Akron and beyond were coming to see the Miracle Mummies of Ohio, and museum curators couldn’t be more ecstatic. No one knows how the mummies, long dead and encased in glass, found the means to reproduce, but everyone agreed it was the most sensational thing to ever happen in Ohio. To this day people regularly make pilgrimages to the Museum of Mummies and marvel at the mysteries concealed beneath those ancient wrappings.

Let us not forget this recent Christmas Miracle from none other than Kevin "Flagmaster" Bowen:

One time on Christmas I ate a whole gingerbread cookie and instead of gingerbread it tasted like ketchup. I was very upset so I went down to the Christmas store and imagine my surprise when a friendly elf drew my picture on a napkin and handed it to me as I left the store! As he gave me a sly wink, he started to say, "the true meaning of Christmas is..." but he didn't get to finish the story because his mouth became acquainted with a red cement brick that was flung into it by my mitten-clad hand. I opened his cute little pocket and found keys to a BMW so I went to the parking lot and found his car and drove around drunk for a few hours before torching it in front of a dentist's office, which was next to a sign shop. Then I went to eat a burger... and the ketchup on it tasted like gingerbread.

What do all these miracles have in common? If you answered "they were all Christmas Miracles" you would be half right and a good person for having read enough of this update to answer so half-correctly. The real truth is that these miracles were all definitive proof that the best gifts given to mankind happen around the time Christ was born. Experts of course know Christ's real birth date is uncertain, and his rebirth date is even less certain (August, 15, 2014 – I've got money riding on it!). But even with such uncertainty, the honorary birthday of Christ carries with it magic and miracles. With Christmas fast approaching like the Four Horsemen of the Apocalypse – Death, Famine, War, and Pestilence – it's only natural that we start looking for the signs and wonders of some brand new Christmas Miracles. What miracles await us this year? I think we'll just have to wait and see!