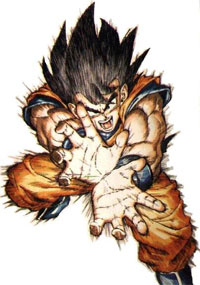 Keep this up, Jerry, and you're going to meet the real me.Your friends have been a constant burden, Jerry. I have not invited any of my friends over out of respect for your privacy, but you have practically invited yours to come live with us. Day after day your so-called "bros" are here, punching me in the shoulder, asking me how many bodies I hid under the floorboards to cause the rotting flesh smell, and generally treating me like an object of scorn. Maybe they can make jokes about kids dying of cancer next, since they seem bigoted against those with disabilities.

The most egregious thing about your friends is their repeated efforts to sabotage my life and career. I draw attention to the weekend of Sakura-Con. As I was preparing to drive to the airport because you were too busy to give me a ride, I found your friends had blocked my vehicle in from every side in the driveway. When I kindly and politely asked them to move, they refused to do so until the game was over. I missed my flight, had to pay yet more travel expenses, and was unable to attend to the costume contest. Hours and hours of work were ruined, and I missed out on winning an important honor.

Basically, Jerry, it would have been like me showing up at your graduation and tearing your diploma up. But that's assuming you ever graduate, because it appears to me you lack the cognitive skills to do anything but stare at the TV, yell, and pass judgment on people with lives more active than your own.

I hesitate to mention the incident when one of your friends wandered into my room while I was using the bathroom and typed a bunch of inappropriate things to my friends on IRC and made slight edits to the fansub I had open and was working on at the time. I lost a great deal of scene credibility, and would have been outright shunned if not for my good reputation and the forgiving, inclusive nature of anime fans.

Your callous attitude has driven a wedge between us, not unlike the divide that once separated Goku from Vegata. It saddens me to even draw such a comparison, because its meaning no doubt escapes your primitive grasp of literature and cinema. I suppose I should throw in a sports analogy. It pains me to think you're so uneducated that you can only comprehend things when they are put in the context of some little pretend homoerotic conflict like football. Oh, by the way, Jerry, American "football" is just a bastardization of the European game football, which you foolishly call "soccer."

I hate to do this, but you have given me no choice. If I am to have any respect for myself, I must take a stand. I am terminating our relationship as roommates. I'm not kicking you out, Jerry. I cannot do that because your dad is paying our rent. But what I can and am doing is laying down the law. The law, Jerry. Laws have to be obeyed. You and your friends will respect my space, my possessions, and you will all respect me. Accept that or face the consequences, Jerry. They won't be pretty.