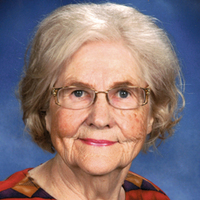 Marilyn HagertyI first heard about The True Blood some time last Thanksgiving. Two nephews were discussing a show about vampires and I listened to them talk. I like spooky shows and Bela Lugosi as Dracula was a real chiller. The True Blood sounded very interesting. The continuing popularity of it attests how interesting.

Vampires on this TV HBO program are not Dracula. They are strong and have fangs, sure, but they are mostly in a big hurry to do things. Rushing about has a neat look to it. A vampire wants to go somewhere and he just goes, lickety-split. At one point a lady vampire text messages on her telephone and her fingers are a blur.

There is a black girl who has become a vampire and she is not happy with it. Her homosexual cousin, who turns into a devil face man, and Sookie, who shoots magic balls, ask a vampire lady to turn her into a vampire. She was dying from a gunshot. 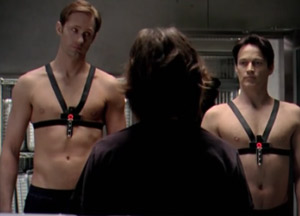 Meanwhile Eric vampire and Bill vampire are being held in a prison where they are burned by the lights. A man named The Authority wants them to do things. They are in a lot of trouble so he has a woman take her clothes off with them. I liked these parts a lot. I recognized the man who is The Authority from Law & Order: Special Victims Unit. The special effects were at their best in these parts. I particularly enjoyed when the Napoleon Dynamite gal puts little harnesses on them with thermometers that explode. That was a hoot. There was a vampire who eats babies I did not care for.

There is another vampire named Jessica. She has red hair and wears underwear all the time. She smelled a man and ran into a field. She went to the house of Jason. He is a man who is a cop and never wears a shirt. I liked his scenes best of all. He is good looking.

There is an Iraq war vet who sees fires and is mean to his wife. I could not follow this. I looked it up on TVguide.com but they did not even mention it. I think this was almost the downfall. 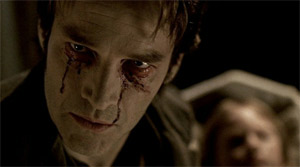 A man was being eaten by wolves that turned into people. This was upsetting to me. All of the wolf people wanted another man to eat the dead body. He wouldn't do it. But he had a mystery to solve. I realized why they had the upsetting eating scene. The mystery became enjoyable and a good way to relax on a Sunday night. I liked it when Sookie became involved in this mystery.

It was exciting when Pamela, who is a vampire who turned the black girl into a vampire, remembered a long time ago when Eric vampire turned her into a vampire. I wondered more about how it happens and they did not show that. Do they lay an egg? Is there a ghost that appears? I hope they explore this idea more.

I like the sheriff character. He reminds me of my nephew Chet. He used to drink vampire blood as a drug. Now he is dating a witch and his naked butt is on Facebook. This was a funny story. It is good to have a laugh in the midst of all this tension. There is also a man who can turn into an owl and a man who is all bloody and tied to a bed eating legs.

All in all this is a very good program if you like to watch TV for variety and for action. Not everything has to be set in real life. They could be a science fiction story or a horror program. Good stories are a must and The True Blood has them. There are good performances here. I think it is worth coming back to see what Jason and Jessica will do without their clothes on. Vampires explode into goop piles a lot.

I know I will be coming back.

If you are interested in another spooky story, I recommend the book Liminal States by Zack Parsons. It is not as much fun as The True Blood, but I think you will enjoy it.