On this Day in History 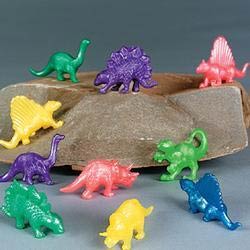 This is ancient history.It used to be that, before the scary dementia kicked in, my grandparents would fondly reflect on all the historic events they witnessed in their time on this earth. In the flicker of their lives, the whole world went to war, numerous countries warred with each other, communism rose only to die a slow death, nations were reduced to smoldering rubble then rebuilt into spiraling metropolises, and wires coiled around the planet, dancing with endless information in the form of electric currents. Cars went from being rare novelties rolling over bumpy trails to tiny specks in giant, congested transportation systems that spanned continents and put everything within reach. The entire world seemingly transformed into something new and different.

Since a young age, I've spent entirely too much time following the news. At first it made no sense to me and it was all gibberish. There were these funny names and strange places that all fit into some bizarre conspiracy that was so far beyond my grasp I didn't even try to make sense of it. At a certain point, I began to understand it and put all the pieces together, developing a notion of the world beyond my small town. I could point to these countries on a map and say, "that's where the genocide is happening. Over there is where pizza was invented." But in the last few years, I've noticed the news is making less sense and it's returning to gibberish. I don't think I'm getting dumber.

It's not the state of the news media, as that's been bad for ages and only getting worse. It's the actual events happening in the world. History is unfolding before my eyes and it means increasingly less to me. It just doesn't seem to apply to me. We had a new pope the other day and all I could think was, "that guy looks kind of like Hannibal Lecter. I hope he eats people, too." Then I remembered he probably eats the body and blood of Christ in the form of wine and magic church bread. With some chips and dip that wine and bread would probably make for a classy accompaniment to an evening spent watching finely crafted American sitcoms with laugh tracks that save me the trouble of being humored. History had happened, and I forgot about it five minutes later thinking about a bad joke.

Naturally, being about as keen on religion as I am on anally birthing a large clown, the new pope isn't going to be a big deal to me. But this is part of a trend: things of great importance quickly lose meaning to me. It all fades to background noise, and I'm wondering if that's a good thing at all. I watched 9/11 happen on TV and then I watched a week of continuous nonstop news coverage of it. I watched as the media refused to let go, even after they said everything they possibly could at least a thousand times. I was shocked at first, because, hey, the enemy team scored a point while our goalie was apparently too busy arguing with his teammates. But I really just wanted TV to go back to normal and people to stop waving flags and calling for blood because it was getting ridiculous. People were fantasizing about eagles crying and indiscriminate violence and it was all creeping me out. I found myself in downtown Chicago on 9/11 and the city was eerily deserted. There wasn't a single business open as far as I could tell. On this important day in history I was hungry and looking for fast food. 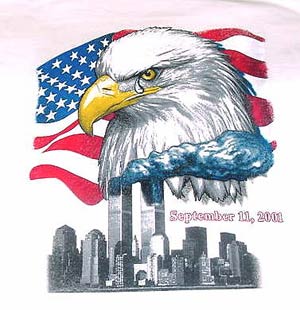 This is modern history.The timeline continued and an aftermarket of 9/11-inspired events cropped up like gas stations along a highway. For some reason, and I'm sure it was a good one, we toppled a desert with more landmines than grains of sand. Iraq was then blasted to bits, more so than ever before. I watched all of that on TV too. I remember all of the excruciating hours I spent halfheartedly watching soldiers lying down in the sand being pestered by an embedded journalist to explain to the viewers a million miles away why they were all lying down in the sand. It had no impact on my life whatsoever. It was unprecedented, the amount of times they mentioned the media coverage of the war was unprecedented. Even the media was more impressed with itself than the history unfolding. It was nice and glossy and manufactured with no assembly required, and no greater considertion from me either. I was playing a video game when Baghdad went up in smoke.

When news happens, it doesn't just get reported. We have expert panelists with black and white opinions to tell us how to think and feel. Sports games have experts to say what went wrong, what went right, and why a certain team is better than another, and regular news is now no different. The only real difference is we get bullshit instead of statistics. There are people with intricate knowledge of sports statistics but no idea of anything practical. I could fault them, but I know more about the politics of the DC Comics universe than I do about the real world. We no longer need to think for ourselves about this strange real world because someone will give us a ready made response. I'm for this and I'm against that, but mostly I'm for this and against anyone who isn't. Our perspectives on the world and thus history are mostly given to us now while we sit on the sidelines with a torn mental hamstring. We rarely play in the big game anymore.

I can barely remember anything about what happened in the years under Clinton, or the first Bush administration. I was born in the 80's so the Reagan years are a blur to me. I have vague memories of the Berlin Wall coming down and for some reason I associate it with playing with LEGOs. I think I was building LEGO walls at the time, perhaps dividing the poor population of my LEGO village in two, tearing apart LEGO families and ushering in untold years of LEGO repression in the process. In time the pieces of the LEGO wall were likely cannibalized to build a spaceship. They tore the old world apart and used the pieces to escape it forever. Let's see them do that with the Berlin Wall.

My grandparents could tell me where they were when a historic event occurred and make it sound profound. They could tell you how they participated in the war, how they endured the Great Depression, painting a vivid picture of a world that no longer exists. I can't imagine looking back fifty years from now and trying to tell someone what I was doing when history was being made. "I was downloading illegal mp3s" just doesn't seem like an acceptable answer. That's still somewhat better than, "Oh, yeah, I was masturbating when that happened, but I finished early to catch the replay." Based on the stories told by even my crazy grandparents, history sounded like something that gave everyone a unique and powerful experience. It seems non-interactive now, like a movie or a video game after somebody yanks the controller away. It moves forward and we follow along, but we rarely have anything to do with it. The best you can hope to do is maybe leave a scar on peoples' memories. A go-getter like Lyndie England will be a putrid athlete's footnote in history for a long time to come.

The forces moving history forward are a rotten bunch. We've handed control away so that we don't have to handle the difficult questions or participate in the bigger picture. When our leaders fail us, we mostly don't think about it since it's our fault we let them. True, there are some decent people doing decent things still, but they are few and most everything of substance that occurs in this world happens because our lousy leaders make it happen. Supposedly they act on our behalf, but I don't think we understand half of what it is they do or why, and they rarely ever bother to explain. Men in mansions are fighting a war with men in caves and I would rather not have to share a planet with either of them. I don't think I identify with anything either side is fighting for, and I especially don't like the methods. I don't like that common people are kindling in some great fire or dying for a joke they don't even get. History is marching on and I have no idea where it's going, but given its track record, I would rather not follow along any further.

Stop on by for a brand new Daily Dirt write up from me! I'll explain what the holy fuck I was thinking when I wrote this meandering update and some other stuff. Bundled with this edition of the Daily Dirt are some bonus words from Dr. David Thorpe, author of "Neckbeards in a Nutshell" and "Your Band Sucks: The Mars Volta."