Bring it Yablonski, Angry Wet Cat got my back. He will drop you and Ugly Cat in your tracks.I have no idea why R-Lo gave Cliff Yablonski access to the front page of Something Awful. I mean, I like the hatred as much as the next guy, but Cliff did nothing but e-mail me the whole time he was writing his update with stuff like:

How do I make the words bigger in the title part? You've got about fifteen seconds before I get in my car and come over there and beat you with an axe handle until you have bruises on your bruises.

Not really my idea of a good time. I think I have 15 messages from him during that period, the last saying "thanks for nothing pumpqueen". I really don't like Yablonski much at all, but that's okay, because I am certain he'll beat the living Christ out of me at some point. At least Rich survived his move to Seattle; maybe he can keep this Yablonski guy in check. 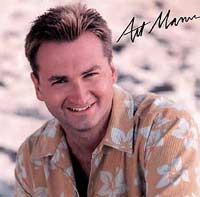 Art Mann paints a human picture of utter mongoloid hamfisting.In between downloading porn on KaZaA and wishing Old Man Murray would update, I was reading about the top 20 grossing movies on Yahoo. Lately it is more fun to know how much a movie makes than to actually go see the movie, which is quite risky and time consuming. At the bottom of the listing for each top 20 movie are quotes from several reviewing sources on the Internet. Yahoo is nothing if not good at compiling information. Actually, that is the only thing Yahoo is good at. It was while I was reading these review excerpts that I began to notice a disturbing trend.

Now I don't expect a lot from critics; I think most of them are insipid, overly long and rife with heavy-handed symbolism that fails to show the audience any respect whatsoever. Still, what I do expect is for these shitheads to refrain from constantly using "clever" wordplays on the title in their review. Every critic is guilty of doing this from time to time; even Leonard Maltin or Roger Ebert has sunk to a comment like, "Battlefield Earth wages war on good filmmaking!"

Thinking a void in shitty play-on-words needed to be filled, E! Online happily stepped up to the plate. I almost blame Yahoo for selecting quotes from the E! Online reviews that are ALWAYS plays on words, but then again, the worthless hacks at E! are the ones guilty of writing them in the first place. Let's take a look at some of the more recent gems of wit produced at the E! Online think tank. I will provide much-needed commentary for each in the form of an excerpt of an SA review of E! Online's review.

Kingdom Come
E! Online - (grade: C+) "Better make that Kingdom Go -- away."
Something Awful - (grade: F+) "Better shut your fucking face before I tear it off."

Okay, maybe that last one was pretty dubious, but Yahoo updated their archives and I've only got two weeks or so worth of movies to work with. There are other guilty parties in the quotes department, but none crops up with the shocking regularity of E! Online. In closing, let me give you an example of a review quote that is excellent. It will undoubtedly make everyone involved in the creation of "Tomcats" cry themselves to sleep. Well maybe not Jerry O'Connell, but he is a heartless bitch.

Deseret News (Salt Lake City) - "...it's hard to recall a recent film that was so ineptly directed, written and acted."

Salt Lake City representin' E! Online, put that in your "national media outlet" pipe and smoke it! Come to think of it, E! Online should probably outsource a lot of their film reviewing to the MENSA members splashing their literary slobber onto Amazon.com's customer reviews. They either hate or love absolutely everything they watch / hear / read, but at least they don't degrade themselves with quotes like what we just saw.