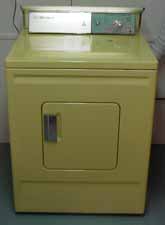 First and foremost, I am like the article title king. "Osama bin Laundry." Ha! It works on so many levels. You see a title like that, you know you're going to read the article. I mean, how could I possibly top myself? I must have had one tall glass of funny juice this morning, boy howdy! Well, anyway, today's insane, paranoid, crackpot theory that preys upon the fervent 9/11-driven concern about the safety of our nation and her sparkling morals comes courtesy of not some phony-baloney news source, but from your local place of public laundry. Be it a dry cleaner, laundromat, or just the laundry room in the basement of your building, there is a clear and too often overlooked threat emanating from the very places where you yourself may clean your clothes.

I was not aware of this threat for many years, because I was at home, where we had our own washing machine and dryer. Then the day came, as it must eventually come in every person's life (many of you may want to take this to heart) when he must leave home and go out into the world on his own. For some, that journey takes them into the cities and their own apartments. For others, it takes them to college. For still others, it takes them into a deceptive world of intrigue, false perceptions, betrayal, and ultimately violence, where Al Pacino is their teacher, but the previews make it seem like he may actually be a bad guy who trained them just to act as unwitting double agents in a diabolical chess game. I went to college. While there, I made the personal decision to wear clothes on a daily basis. Now, here's where it starts getting tricky, so bear with me. Not only was I going to wear clothes, but I was going to wear different clothes each day. I know that this is a difficult concept to handle, but I think of the readers of this site as possessing an above-average caliber intellect, so I have faith that you can follow me on this. Now, my original plan was to wear all of my clothes once, then just buy more. As you can imagine, I was quite surprised when I found that the owners of clothing distribution centers in the vicinity of my college expected fairly large sums of monetary compensation for their goods. Being on a tight budget, I came to the difficult conclusion that I needed to make the clothes I had last. To that end, I decided to try some sort of cleansing ritual to make my old clothes wearable again. This worked satisfactorily, and so trips to the laundry room in the hall adjacent to mine became a fairly frequent addition to my weeks. I know, I know, it sounds absolutely insane, but my friends I am telling you that it gets stranger.

You see, during my visits to the laundry room, I noticed certain trends. Let me give you the layout of this facility, so that you can more easily understand the massive scope that the threat I am slowly revealing actually affects. The layout is something like this: 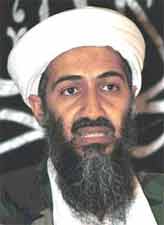 This man does not want you to look your best.

Got it? Good. Eight machines total - some for making things wet, some for making things unwet. The harmony of it all seems perfect. The key, though, is the word "seems." Without it, the preceding sentence would have been a fragment, and sort of a confusing one at that. However, I noticed that the machines refused to work in unison. There has been no point since my very first day at college that all eight machines have been functioning properly. Some weeks, a washing machine would upchuck a hearty blue gunk. Others, a dryer would stop producing any heat whatsoever. These contraptions are meant to service the laundry needs of more than eighty people. Whenever one machine breaks down, which, I will reiterate, is always, the symmetry of the laundry system is thrown off. Someone inevitably ends up having to leave their wet clothes sitting around for half an hour or more until a dryer opens up, but by that time, the clothes are too wrinkled for any mere dryer to make presentable. Entire loads of laundry are lost to the twin demons of Dampness and Not Having a Dryer Available.

At first, I dismissed the phenomenon of precisely one machine being down at all times as simply a quirk of my particular laundry room. Conversations with people from other parts of the campus, however, revealed that the problem was far more widespread. Everyone had their tales to tell of one machine being broken in their own laundry rooms. Coincidence... or conspiracy? For the sake of this article, conspiracy. A conspiracy that I now know does not stop at the snow-covered borders of my campus. In all my travels, which for some reason have always included fact-finding trips to laundromats, I have never come across any clothes-laundering facility that could boast one hundred percent functionality. And it's always one machine, or occasionally some other odd number, never one washer and one dryer. The supposed "malfunctions" never fail to leave a disparate number of operational washer and dryers. 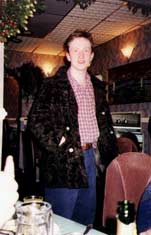 Please heed this article, or this dweeb will never get laid.

Surely none of you have any qualms with my assertion that this problem is widespread. I'm an internet writer. I speak only truth. Also, I am staggeringly attractive. I can see, though, how you may be wondering just how this problem is in fact a terrorist attack on our beloved country. Jesus, I have to spell everything out for you people. Think about it. What do the terrorists hate about our country? The posting or troops on holy ground, imprisonment of their leaders, massive sanctions upon their people, and our arrogant international strategies? Hell no. They hate us because of our good-looking citizens. We have so many gorgeous people in our country, we can fill twenty hours of every day of television with reality shows that focus on anybody willing to do something even remotely interesting. But when those same cameras that capture America's beautiful people boxing one another out of desperation for another few minutes of media attention turn to the peoples of, say, Afghanistan or Iraq, there's not a sparkling white smile to be seen. Have you taken a look at these people? Outside of a James Bond movie, have you ever seen an attractive terrorist? I thought not. What do you think it does to a person's psyche when he uses his one remaining eye to peer at himself and his countrymen and realizes that there isn't a looker in the bunch, then he sees a billboard for Fox's new special, "When Porn Stars Take Their Clothes Off" and realizes that he will never be able to have sex with anyone who looks like that? Suddenly, the anti-American mentality doesn't seem so hard to understand, does it? Clearly, the terrorists are of the mindset that if they can't sleep with gorgeous people, we can't either.

To that end, the terrorists have their beady little eyes on our laundry machines. It's so simple, it's no wonder no one noticed it before. If we can't wash and dry our clothes properly, we will have to be reduced to wearing wrinkled, damp, static-laden, clothing. Without our fly threads to attract potential mates, we are less likely to copulate and produce staggeringly attractive offspring. Slowly but surely, the al Qaeda/Maytag conspiracy is thinning our ranks. It's a subtle attack, one that could have possibly gone undetected altogether. Fortunately, I noticed that I've been getting suspiciously less ass of late. I only had to trace the conclusions I could readily make back to their logical source, and this horrific attack on our nation became clear. Of course, there is only one real defense against this assault. We have to stop judging people by their clothing and start making more sweet, sweet love. Remember, you won't be doing the hibbidy dibbidy for your own pleasure, but for truth, justice, and the American way - which, ironically, is doing the hibbidy dibbidy. Go forth and get some, or the terrorists win.