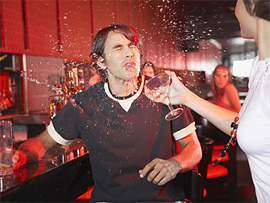 Girl, you are like pizza, even when you're bad people will like you. There are limits to both, of course. I would not eat a pizza covered in Alka Seltzer and rat turds and I would not like for you to come home with me and drown my cat. I'm not suggesting that you would do something like that, just mentioning that realistically "bad" is still relative. Even culturally some things that we may tolerate as liberal westerners would be unthinkable and repulsive to more conservative cultures. Much like how I hate green olives on pizza and would rather eat a dish rag.

Hey baby, I hope you like hot dogs, because I want to put my meat between your buns. This also would work if you liked hamburgers, although I think a hotdog creates a more suggestive image. You get that I am referring to my penis, right? I just want to be sure, because I didn't bring any meat besides my penis and I would be pretty surprised if you produced actual hotdog buns. I mean buns as in your buttocks and actually if we're going to get into the logistics this won't really look much like a hotdog at all. It's more like trying to put a burrito through a donut which, admittedly, is a much less appealing image.

If you were a burger at McDonald's, you'd be McGorgeous. I am thinking you would be on the breakfast menu and you would be served on a biscuit. A hamburger, eggs, bacon and cheese. They technically stop serving you at 10:30 AM, but if you ask for the burger on a biscuit they will serve you at any hour. Of course, people will be confused by blending a hamburger with the breakfast items, so realistically the best you can hope for is a seasonal or intermittent offering. 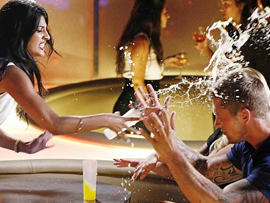 Want to see my hard drive? It ain't 3.5 inches and it ain't floppy. If you are expecting computer equipment, I feel I should warn you in advance that I am actually referring to my penis. Also, just to clarify, it is 3.5 inches erect, not floppy.

Let me tell you, girl, liquor is not the only thing hard up in this club. Going by Mohs scale of mineral hardness I would guess we have hard things ranging all the way up to a ten including the diamonds in jewelry. I was specifically referring to my penis though, which even when erect still has a soft outer later of skin and probably ranks at most a two, equivalent to gypsum. 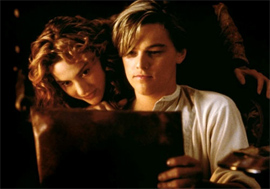 If a thousand painters worked for a thousand years, they could not create a work of art as beautiful as you. In fact, if you consider that is only four or five painters working at any one time over the course of one thousand years and it would be difficult to maintain a cohesive style, the result might actually be quite unpleasant.

You also have to ask, who is organizing these painters and for what purpose? It's very mysterious. Few governments last for one thousand years and even ancient religious institutions undergo upheavals.

I'm imagining this as a sort of secret society of painters, begun in medieval Europe with the purpose of creating an object of beauty so exquisite that all of mankind will be forced to worship it. One faction would be traditionalist, relying on techniques developed a thousand years ago, while they would constantly argue and battle with radical painters seeking to incorporate new techniques.

The ebb and flow of these two factions, and various sub-factions related to specific styles, will result in greater and greater bloodshed. Men will die trying to decide the next brush stroke. Cities will be sacked because of a seemingly insignificant detail. It's believable that modern history may turn on the outcome of this secret society's internecine conflicts.

And the painting they create? You're more beautiful than that.