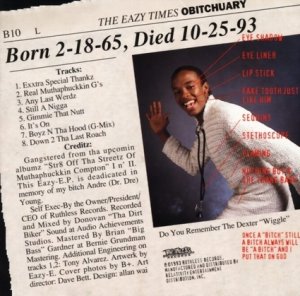 When I was in college the guy in the next dorm room played really loud hip-hop at night. I'd listen to the subwoofer beating like the telltale heart in that story whose name I forget. I trolled a hip-hop message board, asking how long Dr Dre had been a doctor. Someone replied that time has no meaning to Dre because during a bit in San Quentin he'd found a hieroglyph on a cell wall revealing the secret to eternal life. Kids in the hall were huffing air freshener, making their heads feel weightless like fleshy balloons anchored only to Dr. Dre's persistent bass. The beat suddenly stopped. I expected it to come back a few seconds later like at the end of every hip-hop song, but there was only silence.

The alienation I felt in college is similar to that I feel from my coworkers at Pizzatorium. Some days I feel like they exist only to torture me. These are the better days, since it at least feels like we have a relationship.

"Hey, when Mike and Beth stand near you later and have a conversation about dating that makes you feel dead inside, can you tell them I said hi?" Scott says, looking at me with eyes that remind me of my telescope. I realized one day that as I was using my telescope to watch space, space was using it to watch me. Since then I've always worn clean clothes around it, and pointed its eyepiece away from my anime posters and action figures.

"It's an impersonal pan pizza," I sigh, realizing that this carefully planned joke can't match the spontaneity of when Scott called me a double doofus. I'd been up all night printing out the unselfies and staring at them, wondering if they were permeable membranes between my room and the rooms of other lonely people. I started reading an article in Bitch Magazine about bedroom culture, hoping to learn how to pass through the membranes, but ended up developing a hopeless crush on Ani DiFranco instead.

As Scott leaves I expect him to slap me on the back of the head, but he doesn't this time. That night I have a wet dream where I'm an 80-story Pizzatorium about to open its doors to a crowd of millions of Scotts.

Years of listening to my coworkers' stories about their weekends have given me the ability to see their stories as high-def 3D movies, more real than my own life. I walk into a coworker's campsite, her tent a skyward arrow indicating the course of her future. My coworkers are sitting around a campfire and peeling off their skins, though they look pretty much the same without them.

I try to join their conversation. "I've got an idea for a superhero who's part man, part animal and part tomato. I call him Manimato."

They ignore me. I sigh, knowing I at least gave it the old one-year-of-college-before-dropping-out-and-working-at-a-pizza-place-the-rest-of-my-life try. 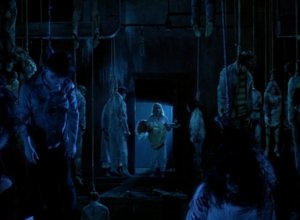 The lobby speakers are playing "Don't Worry, Be Happy." Bobby McFerrin once said his songs are like his children, a piece of music trivia I sometimes tell female coworkers whom I give mix CDs. After I find the CDs in the dumpster the songs on them become unlistenable to me. In a recurring nightmare I'm walking through an abandoned house and find a room with thousands of children hanging from nooses.

I sometimes wonder what my coworkers say about me when I'm gone, and if they wonder what I'd say about them if I had anyone to talk to. Unbeknowst to them I talk to the ghost of a customer who died of a brain aneurysm wondering if a breadstick bag with a hole in it is still a bag.

"Someday I'm going to ride into work on a motorcycle and shout that I quit while doing a burnout in the lobby and blasting 'I Wanna Rock' on the motorcycle's stereo."

"Yeah right," the ghost says. "Your coworkers would use their superior social skills to talk you into kicking your own ass."