The Official Rules Of Tournament Poker 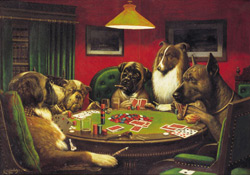 In 2003, amateur Chris Moneymaker earned a spot in the World Series of Poker through the internet and went on to win the tournament, giving the game a tremendous boost in popularity. At the time I assumed the national focus on poker was simply a trend that would eventually die down, like reality shows or terrorism. For the first and final time in my life, however, I was wrong.

Four years later, it's impossible to change the channel without coming across a poker show. There's the aforementioned World Series Of Poker, World Poker Tour, Celebrity Poker Showdown, Poker After Dark, You Can't Poker On Television, Hey Asshole That's My Poker, Poker Poker Poker and Rock Smasho: Kung-Fu Botanist. You'd think that poker would start get a little old with such an overabundance of programming dedicated to the topic, but I can't get enough of it. Every night I lie in bed and imagine myself at the final table of a tournament, intimidating my competition with the raise of an eyebrow and making out with Shana Hiatt while hundred dollar bills rain down from a broken moneypipe in the ceiling. I never really imagine myself playing poker though, because after four years I still have no idea how the game actually works.

If I want to make my dream of playing in a poker tournament come true, I have no choice but to bear down and study the Official Poker Tournament Rules. Conveniently enough, I have them right here! 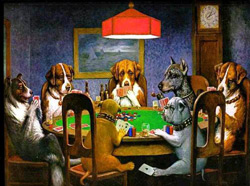 The Rules Of Poker 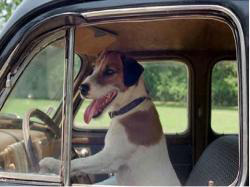