The Call of Duty Villain of the Year is YOU 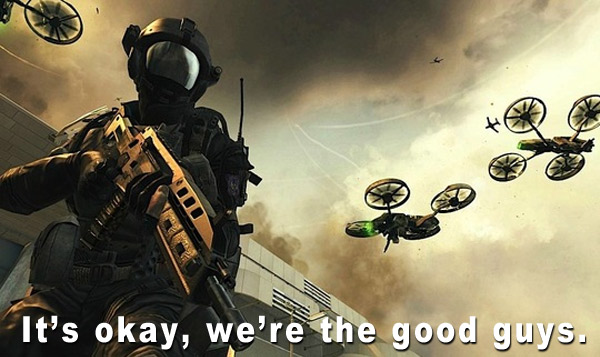 The Occupy movement might have failed as soon as frost sprouted on the Zizek at the Zuccotti outdoor library, but the movement's message lives on. By casting the 99% against the 1%, Occupy drew a clear populist battle line rarely seen in a society that venerates the wealthy. The forceful message, paired with social media, offers a new rallying cry for rapid mobilization on a very basic level. Anyone, even you, one of the 99%, can organize and protest and stand up for what you believe in.

The idea is so reflective of our times, you knew it was going to show up in a video game.

In the latest trailer for Call of Duty: Black Ops II, villain Raul Menendez is introduced, by way of a panicky general and a magazine cover, as a "Messiah for the 99%." A flash of a Youtube Channel page for his Julian Assange-like sinister alter ego, Cordis Die (Latin for "The Heart"), shows he has over 55 million subscribers. If you go to the much less popular Youtube Channel for the real Cordis Die you will get an extremely brief, ominously Latino invitation to "seek a new world."

"People in America idolize him," warns the disbelieving general. "They'll wake up tomorrow and realize that their hero has wiped them out!"

An earlier "documentary" released for Black Ops II features Fox News commentator and disgraced officer Oliver North describing how violent future war will be. North offers his own nightmare scenario, which appears to be the actual scenario portrayed in Black Ops II, in which America's unstoppable drone military is subverted by a hacker. 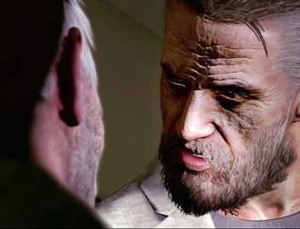 That's right, we have officially reached the point where our dominance is so complete the only thing we have to fear is our own weapons in the wrong hands. It should come as no surprise that CODBLOPS scribe David S. Goyer also penned The Dark Knight, in which the world needs a quasi-fascist vigilante to monitor everything and beat people shitless, and Dollman vs. Demonic Toys, in which inhuman objects battle for the future of the human race.

Twitchy, overwrought war fetishism games in the Call of Duty franchise rarely interrupt the action set pieces of their convoluted story modes to reflect on the horrors of war. The idea of a message in Modern Warfare is usually "terrorists are bad" or "power corrupts" and these are driven home with the subtlety of being shot in the face and doused in gasoline in slow motion. Fair enough. As long as there are soldiers and wars, children and adult children will want to pretend to be fighting them. Immersed in the lingo and swooping satellite imagery, Call of Duty has always done a good job of letting you pretend. 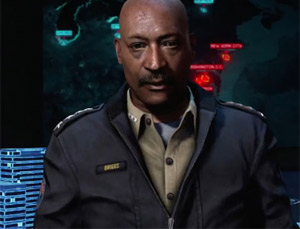 This latest turn into the realm of modern politics is more disturbing than a heap of dead bomb vest guys outside a stairwell on a survival map. Goyer has managed to take the cold brutality of drone warfare - a terrifying reality - and somehow create commentary that we need to watch out for the gullible Occupy movement. It isn't a creepy arms manufacturer or a rogue general, not even the drones themselves going haywire, it is literally the "Messiah of the 99%" who subverts our drones and starts shooting at us. Because you let him on Youtube. You did this. You broke our arsenal of liberty and it's your fault.

The message, that populism is dangerous and shut up and love your 1% drone overlords, will no doubt be buried under plenty of rappelling, helicoptering and sniping, but it is the most vile war and class war apologism of the series. Goyer throws his lot in with the powerful against the powerless, creating ghost armies to fight from our own extravagant military. He blames the poor and those pursuing social justice for a future doomsday monologue that might as well involve a rogue hand and precious bodily fluids.

Goyer is a skilled enough writer to throw in some ambiguity, introduce a senator or a general colluding with Raul Menendez, but he cannot hide from the message he has Oliver North selling for him.

Zack Parsons is the author of the novel Liminal States and frequently contributes to The Huffington Post under the pseudonym Arianna Huffington.