9 Fast Facts Americans Need to Know About the BREXIT

1. BREXIT is actually an acronym. It stands for:

If it helps you remember, think "Breakfast Eggs" being eaten by the band "Lit." So BreakEggs(L)it. You could also picture one of those British flag bikinis on a well rounded lady standing by an exit sign, but why would you do that? 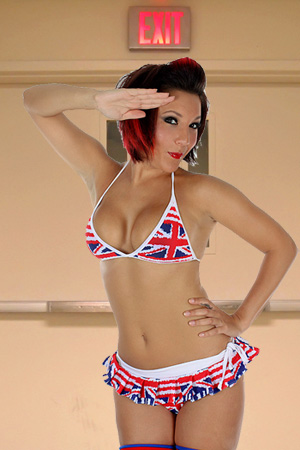 What's the matter with you? What's the point? Thinking about swimsuit ladies at a time like this. They're sexy and stacked, to be sure, but the world is coming down!

However you want to remember it, the BREXIT means Britain is leaving the European Union. People voted for it. The EU is the trade and political union of European nations that owe tons of money to Germany and aren't allowed to use bulldozers to push Syrians into pits.

3. The British Currency is Pounds

While every other country in the world has switched to money, the British are still using pounds for transactions. To keep people from confusing pounds with the other pounds, the British switched to using stones as weight, which is equivalent to 14 pounds, or about the price of a pizza. The EU uses the kilo or "key" which was popularized by guys with taped up plastic bricks of cocaine in speed boats. Then they put the knife in and lick some of the powder off the knife and say it's good right before they're told to "Drop it, Esteban!"

They never drop it though. I mean, why bring an Uzi if you're going to drop it?

A lot of American websites have pointed out that Boris Johnson is actually Donald Trump and/or the BREXIT is also Donald Trump. 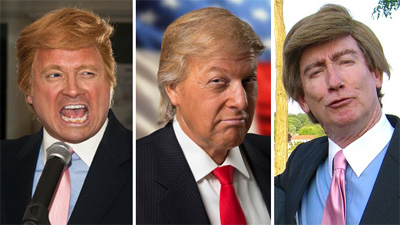 Boris, BREXIT, or Donald? You be the judge!

I'm not sure how this guy gets around so much, but it seems possible. He owns a jet AND a helicopter.

David Cameron is stepping down after a humiliating defeat in the BREXIT referendum. He has to work on 8 sequels to Avatar which he is writing and filming all at once. So when you think about it, Donald Trump is directly responsible for the 8 upcoming Avatar sequels. The ones that are definitely going to be made. Ironically, Avatar is about racism being bad, but the BREXIT is very racist.

6. The BREXIT is VERY RACIST

Some people say Britain needs to leave the EU because they don't want to owe Germany truckloads of pounds, but everyone knows this is really code for wanting to steam shovel Syrian tweens into ditches. You've seen the pictures of refugees in France and you've heard the contempt with which gluey British oddbodies spit out the word "mosque." 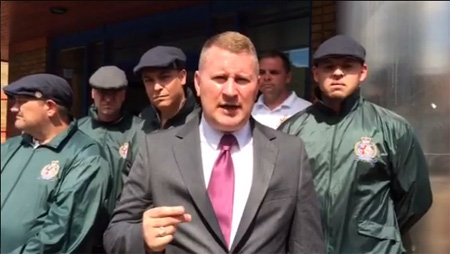 Muzzos want to turn Old Trafford into a mosque and make the lads carry sharia cards. They want to put Page 3 birds in fuckin' niqabs. Might as well wank my muck out to a bin liner for fuck's sake.

The key thing to remember about the September 11th attacks was how they set in motion a series of events that would bankrupt the United States with wars, drive radicalism in the Middle East, flood Europe with refugees, and lead to the ultimate collapse of Western Democracy as rising nationalism fractures old alliances and gives way to 21st century fascism. Further terrorism, unrest, and reactionary policies make inevitable an all out war between the West and Islam, leading to the triumph of a global caliphate in the face of oppressive militarism and corrupted western values.

The emergency number widely known in the UK is actually 112, but nothing happened on the 11th of February. Unless you dig deeper.

That's right. The date 11-2 is actually written February 11th in the United States. Not to be confused with November 2nd, which would be 211 in the UK, which the FCC assigns to the health and human services help line, a number that no American has ever called.

I just tried it and it works. Day or night, you can call 211 and ask them about the BREXIT. They told me to, "Please stop calling, I don't have any information about that."

You can also ask 311 about it ("This is a non-emergency police and fire line") or 411 ("Are you saying breakfast? What city?") or 911 ("Do not call back again, sir, or you will be arrested.") But arrested for what, I ask? For demanding to know the truth? For asking the tough questions? I might just call 911 until I get to the bottom of what exactly the BREXIT are and what they want with the United States of America.

Then we'll have the answer to the question, what is the BREXIT?