I've Got Chills. They Are Also Multiplying. 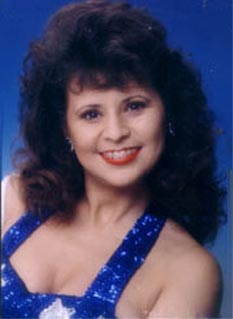 If I begin to feel overly nervous I discovered repeated viewings of this image relax me quite well. I find her teeth calming.Halloween is right around the corner, which means I am thinking even more than usual about things that frighten the living fuck out of me. If you're not familiar with me, and I doubt you are, then let me explain first and foremost that I am a big pussy. Almost everything strikes various shades of terror into my very marrow. While I am normally not superstitious, the concept alone of supernatural beasts like ghosts, mummies, aliens, and Anthrax are enough to put me crying in the safety corner. I made a fort in the safety corner out of three chairs and a blanket and I can crawl in there and just hang out when the going gets tough. It's like a hardened bunker only made out of three chair and a blanket instead of steel reinforced concrete, but I have some CDs, a Discman and a few samples from my Library of Alexandriaesque collection of "barely legal" porn.

With Halloween so close these imagined foes seem to be looming in my mind at almost all times of the day. Yet they are not my primary concern, even now, so near to the Pagan holiday of blood and goats or whatever Halloween is on Satan's calendar. No, I fear stalkers. Celebrity stalkers. Even though I'm not a celebrity. I'm also not an early 20th century archaeologist and I'm still afraid of fucking mummies so back up the rationality train because it doesn't belong in my station.

I know that most people are afraid of terrorism right now but that doesn't really get to me a whole lot because I live in Jackhole, Ohio. Unless the terrorists want to hijack some rusting pickup trucks and drive them into a Dairy Mart I don't think they'll target my little cracker box metropolis. I suppose they could dump something in the water supply but since this town has a boil order on the water pretty much every week I doubt it would do much good. I think they established the aquifer underneath a slaughterhouse or graveyard or something, and apparently it's difficult to treat caskets and whole cow carcasses out of water.

Celebrity stalkers are where it's at. First there was that woman who followed around David Letterman and then I think she followed around the guy who plays the legs of Snuffalopagus. Then she jumped in front of a bus, but before that she made a lot of people's lives pretty hellish. Imagine being David Letterman, doing things he does like baking cakes or smoking cigars in his roof-mounted hot tub, and seeing a woman running through your sliding glass door. If you have difficulty empathizing with David Letterman than try being Jay Leno, I think a guy in a bear suit urinates on his front door almost every week.

This is what I'm afraid of; a human shadow that follows my every move, recording my actions in some bizarre journal written in crayon on discarded cupcake wrappers. To forestall attracting my own crowd of stalkers, something that seems to be growing in likelihood every day I manage to piss someone off on Something Awful, I have begun to interview prospective stalkers. This is a laborious and time consuming process, but I am committed to finding just the right match for me. The Moriarty to my Holmes, the yin to my yang, the Krispy Kreme to my Dunkin Donuts, the - well, you see where that's going.

I've narrowed the field down to just three of the finest players, in the final round of the running to be my own personal non-celebrity stalker. I have interviewed each of these people at least twice and I have selected them for various reasons. I leave it to you to tell me which of these impressive candidates should begin stalking me immediately. 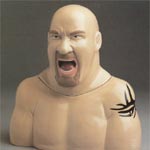 NO PHOTO AVAILABLE.Physical Description: Jason Petry is 32 years old. He stands six feet eight inches tall and weighs 155lbs. He has a hunched posture and pale skin and has been likened by admirers to a weeping willow tree. He smells vaguely like packing peanuts and a grease fire and he has a quiet menace that most people find fairly repellant. His rarely heard voice is soft and slightly feminine.

Qualifications: Jason Petry sent anonymous letters to three highschool cheerleaders in 1990. After the letters became increasingly pornographic it was determined that he was in fact smearing his reproductive juices on the envelopes and he was arrested and sentenced to six months of community service. Upon his release he followed the mayor of Charlotte, North Carolina around for three months, camping outside his house and sifting through his trash whenever the mayor was asleep. Petry was arrested eleven times for trespassing from 1991 to 1998, when the mayor died of a heart attack, ending his secretive vigils.

Reason for Stalking Zack: Despite the fact that he has never read Something Awful or even used a computer to access the Internet, Jason Petry is a dedicated and resourceful stalker who is desperately in need of someone to stalk.

Potential Stalker Number Two: Maryanne HollimanPhysical Description: Maryanne is 26 years old. She stands five feet five inches tall and weighs 245lbs. Her sandy blonde hair is shoulder length and she has a bald spot where she tried to pour scalding water into her brain in 1999. She favors brightly colored clothes that she has written slogans on such as "N Sync Rules" and "I want to drink JC's blood out of a chalice." Her voice is normally soft and pleasant but can achieve a very high pitch and volume when Maryanne deems shrieking incoherently necessary.

Qualifications: Maryanne has stalked the musical group N Sync since 1996 and has been arrested six times for physically assaulting members of the band or trespassing on private property. In the summer of 2000 she became trapped in a hotel's ventilation system when trying to dry hump an effigy of Justin while staring down at him through a vent above his bed. She has since been under house arrest.

Reason for Stalking Zack: Maryanne doesn't know or care who I am, but if I start wearing a mask that makes me resemble a member of N Sync I think I can keep her out of legal trouble and return her to being a productive member of the stalker subculture.

Maryanne Holliman: "Are you telling me I get to meet the band today?"
Zack: "Maybe. If they like what they see they may let you backstage."
Maryanne Holliman: "If you don't let me see them I am going to stab you in the throat with my eyebrow pencil."
Zack: "I like your spunk."
Maryanne Holliman: "I once asked five guys from my high school to masturbate into a bathtub while dressed like the members of N Sync. They wouldn't do it so I cried a long time and then keyed all their cars and broke out their windshields with a shovel."
Zack: "Would you like coffee?"

Potential Stalker Number Three: Douglas LimePhysical Description: Doug is fifty-five years old. He tips the scales at 195lbs and he is six feet tall. He has short-cropped balding hair and a nose far too large for his face. These days he prefers to dress in a tan trench coat and nothing else.

Qualifications: Douglas Lime is a consummate professional in the realm of celebrity stalkings. Lime worked as a private investigator for PI Snoops, an agency based in Washington, DC. In 1988 he was hired anonymously by his then wife to investigate himself for possible marital infidelity. A true professional never turns down a case. Lime baited and subsequently caught himself in an affair with one of PI Snoops' undercover female workers. He produced photographic evidence and submitted it to his wife who promptly divorced him and took him for every dime. He has since applied his talents in surveillance to stalking a number of female celebrities ranging from Sharon Stone to Bea Arthur.

Reasons for Stalking Zack: Douglas has descended into a bottomless pit of alcoholism, madness, and paranoia. He will be happy stalking anyone as long as he can be convinced of their wrong doing. His preference for angrily following women is an obstacle that will need to be overcome.

Zack: "Tell me what happened with your ex wife?"
Douglas Lime: "That whore, I hope she gets hit by a runaway racing buggy."
Zack: "You mean a horse-drawn racing buggy?"
Douglas Lime: "Yeah, like at the track. I can draw you a picture if you want kid. Jesus Christ you are so stupid. You're on their side aren't you?"
Zack: "I have allegiance to no faction."
Douglas Lime: "The file I've put together on you says you were in the Boy Scouts."
Zack: "Touché."

To be honest with you I'm leaning towards Douglas Lime; he has the skills to really keep me in a constant state of terror. He doesn't seem quite crazy enough to me though. He has only rarely physically assaulted the people he is stalking and he hasn't even once flung bodily fluids on a person that I know of. It's a tough call, and I'm a terribly wishy-washy person, so that's why I'm asking you to make the call.