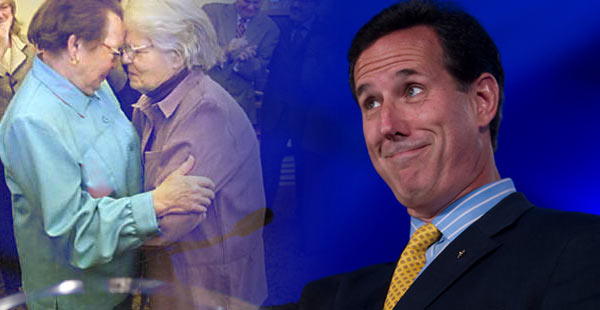 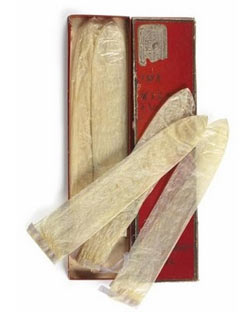 The Iowa caucuses are over. Mitt Romney put his PAC boot on Newt Gingrich's doughy pumpkin and climbed to first place. The surprise conservative candidate to emerge from the Iowa circus, coming in second place by fewer than ten votes, is Rick Santorum.

Everybody loved Santorum's story about his grandpa's giant coffin hands, because nothing is more American than an old man working himself to death in a coal mine, but what they probably weren't thinking about was Rick Santorum's position on birth control. He's against it. He opposes the thing our modern way of life is founded on. That's because Rick Santorum is haunted by the idea of sex.

Specifically, Rick Santorum, the guy who almost won the Iowa caucuses, supports a State's Rights ban on birth control. Jimmy hats, sex pills, IUDs, implanted devices, ball-stomping, Olmos complexion contemplation, vasectomies; anything that can get between a hard dick and Jesus and make a man take a left down old V-street to Ciudad Sin. This is the sort of animosity for sex you usually only get painted on the wall of a crime scene by a hooker-slaughtering serial killer.

"One of the things I will talk about, that no president has talked about before, is I think the dangers of contraception in this country.... Many of the Christian faith have said, well, that's okay, contraception is okay. It's not okay. It's a license to do things in a sexual realm that is counter to how things are supposed to be."

Oh no, not a license to do things in the s-s-s-s-sexual realm. Imagine a teenage boy smacking his freshly-laminated fuck license down on the counter top and being transported to the sexual realm to (cue spooky sex sounds) do things. 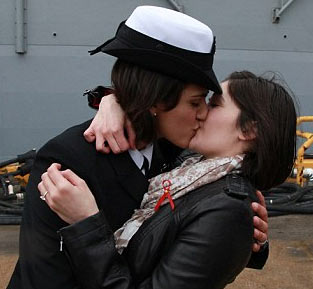 So don't put on a rubber and have sex with your wife and don't put a VHS tape of Interracial Cheerleader Face Basters on your TV screen and attempt to stimulate yourself. God forbid you were at a JO party with your gay-married husband wearing rubbers and watching The Bi-Curious Case of Ben Jammin' Buttholes. You're like a gaydioactive slag heap in Santorum's worldview.

That's because Rick Santorum also hates gays. He is disgusted by gay sex acts. He has compared gay marriage to bestiality and (more than once) to 9-11. Even the worst review I've seen on Yelp! only used one of the two, not both.

Rick Santorum thinks two gay ladies who love each other getting married and trying to just find some island of happiness together in this miserable fucking world we live in is the same thing as a dude marrying a box turtle.

It does not affect your daily life very much if your neighbor marries a box turtle. But that does not mean it is right... Now you must raise your children up in a world where that union of man and box turtle is on the same legal footing as man and wife.

That's psychotic. Who even thinks of that? Rick Santorum! 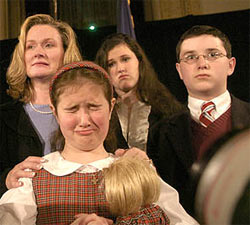 I don't know how someone so terrified of penises and vaginas colliding in various arrangements - basically the most fundamental thing an adult human can do - could have created about 40 children. We won't know what Frankenstein project led to him piecing together all those weird kids with faces like medieval peasants until the FBI digs up the basement of his compound.

The question that churns out of me is what is at the source of Santorum's frothing disdain for all sexuality? Is it just bitterness at Dan Savage for turning his name into a really gross word, or is it something more profound?

There's always a line with sex, drawn at different places for different people, where things get too weird to handle. They start getting scary. Maybe for a normal human being it's those people who hang themselves by hooks from the ceiling or choking somebody. Maybe it's wearing a wig. Maybe it's marrying a turtle. The exact point doesn't really matter, it's that with Rick Santorum it starts at the earliest possible place. He's terrified of the concept of sex. Everything to do with it.

Rick Santorum is the Lou Costello of sex. He's constantly sputtering, tapping us on the shoulder and trying to warn us about the ha-ha-ha-hairpie or ga-ga-ga-ga-gays right around the corner.

When he finally annoys us and gets our attention, when we finally turn around, there is nothing scary there at all. Just some hateful dipshit who will never get to be the leader of the free world.