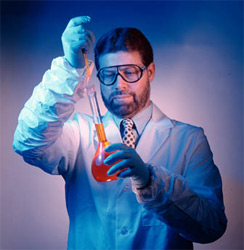 Science is a fragile thing. Our understanding of the universe in which we live is based on a series of theories and equations which depend upon the validity of an entirely different set of educated guesses. If, for example, we observe that a quark doubles its size for one nanosecond once every ten thousand years, everything that involves one of the most basic building blocks of our universe must be adjusted.

It is much more rare to discover an absolute fact than you might think. That might seem unsettling, but curiosity is what pushes us forward, and I find the prospect of a universe with no mysteries much more frightening. Science is, after all, the AIDS to humanity's Magic Johnson. We wouldn't be the same without it.

So what exactly can scientists say with 100% certainty? Not much. As of right now, the only incontrovertible facts that science has been able to uncover can be summed up in a few short minutes.

Most people consider the potato a vegetable, but it actually shares most of its traits with the common sea bass.

When left under high pressure, argon will take up smoking and get body piercings in a misguided attempt to fit in.

Gravity is practically the only force in the universe that is keeping me trapped at the bottom of this well.

If you're a dude and you perform oral sex on a chick, you're totally gay. I'm sorry, but we've run the numbers a thousand times and there's just no way around it.

Dogs are physically incapable of looking up.

Light travels at a speed of nearly three hundred million miles per second because if it went any slower, everyone would realize that it smells absolutely horrid.

A male organism has an X and Y chromosome while a female's chromosome set is XX. If an organism is born with three X's in a row either horizontally or diagonally before the Y can block, it wins.

A flea jumps at 20 times the acceleration rate of a space shuttle during launch, but it cannot survive in space and it lacks any protective shielding to keep it from burning up during re-entry. This is why fleas have a life expectancy of less than two weeks. 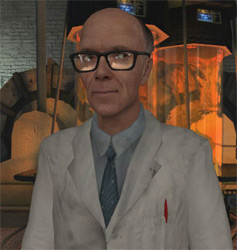 The same gene that triggers the "Television? Oh, I don't watch it. I don't even own one!" trait also determines the Pompous Douchebag trait.

When water is brought to 32 degrees Celsius, it becomes much easier to stab your enemies with.

Blowing on an NES cartridge doesn't make a game work by discharging dust. Instead, it creates moisture on the cartridge's circuits that acts as a conductor. This is discouraged because it leads to playing 20 year old video games, you incredible nerd.

It is impossible to start a hole in the United States and dig straight through to China because they keep an eye out for that sort of thing. Before you can emerge from your hole you'll be sent scurrying back the way you came with a few smacks on your head from a rolled-up newspaper.

A human drinks 16,000 tons of water in a normal lifetime, but not all at once! Ha ha! Typically this water intake is spread out over 1,000 16-ton sessions.

Without its lining of mucus, your stomach would digest itself, and without the constant supervision of your subconscious, your mouth would eat itself.

Lightning stings like you would not believe. On a scale from 1 to 10 with 1 being a papercut and 10 being a punch in the nose, it's like an 8.

A normal human being sheds 40 pounds of skin in his or her lifetime, which pretty much renders bathing a complete waste of time.

A teaspoon of material from a neutron star weighs approximately 100 million tons. This is why "neutron star material" does not appear anywhere on the FDA's list of daily recommended allowances for a healthy diet.

The universe itself is infinite in size. If you wanted to walk from one end to the other, it would take you nearly two years.