The Science Of Fiction

I enjoy science fiction. That unpopular stance is likely to anger our readers and spark heated debate for months to come, but there you have it. I especially love the technology seen in sci-fi movies, those fantastic and often outlandish inventions that solve humanity's problems in creative ways. They tend to make you feel hopeful about the future, and you should. After all, life keeps getting better and better every year in the real world.

A thousand years ago if you were lucky enough to live past the age of thirty you'd have been bored and generally miserable. Nowadays, you can't even turn on the computer or television that serve as your closest friends without seeing offers for pills that promise to block out your feelings of loneliness and make you think you're happy. Take that, cavemen! I can't even imagine how awesome things will be in another thousand years, but I bet the remote controls will have at least two more buttons. I'd suggest one called "Mute?" for people who think they want to mute the television but aren't really sure.

As much as I enjoy sci-fi movies, I have a few major problems with films such as Blade Runner that portray dystopic views of the future. Come on, things aren't going to be that bad. You know those 1950's movies where the world is ruined by drugs and unmarried sex, and out of control gangs of leather-clad teens beat up women when they aren't busy taking part in Satanic motorcycle races? If those were conservative cautionary tales of the past then Blade Runner and its ilk are the modern day liberal equivalents, only they feature a world ruined by unchecked environmental problems and out of control corporations who like to advertise too much. These movies spend so much time being gritty that the science is an afterthought. The old standby of flying cars? A few computer screens with headache-inducing readouts? A few paintball guns with spray painted plumbing parts glued to them? Maybe, if you're lucky.

It's time for sci-fi to get creative again, and to present a hopeful vision of the future. I'll get the ball rolling by highlighting problems that people in the distant future will likely face and then come up with ingenious inventions to resolve them. These ideas are totally free to be used by any novelists, screenwriters, or ballerinas who are reading this.

The tiny country of Djibouti is starving. There is a severe drought with no system in place to pump water in from other regions, and their supply of seeds to plant crops with is insufficient. Due to these factors along with soil that is nearly useless under the best of conditions, nearly two thirds of the African country will die within the year, leaving world leaders with some serious questions to answer to the press.

Every day a space freighter pilot must ship billions of tons of radioactive materials from galaxy to galaxy in an unwieldy and structurally fragile cargo vessel. He's agoraphobic, and the universe is big. Like, huge.

Solution: Spaceduct-tape, a miraculous adhesive that can be applied to every window in the vessel, completely blocking the pilot's view of his frighteningly expansive surroundings. This tape can even be used to cover the ship's navigation displays, since they tend to be very accurate at portraying the scale of the numerous objects surrounding the ship and their relative proximity. 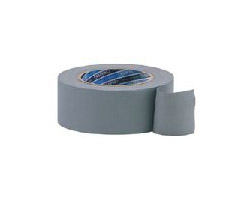 One day, when we have all been reduced to forgotten piles of dust for centuries, this technology will be a reality.

There are so many sites on the ultranet that every possible domain name and IP address has been taken.

Solution: Abolish the domain name system as we know it. Implement the "French method", wherein a user passionately sticks his tongue into his supercomputer's Tongue In port and gestures the website he wants to visit through a mixture of complicated tongue movements, moans, and saliva output.

Solution: A severe penalty in the form of a fine for violating the city's clearly posted zoning laws.

A young man discovers that he has no clean laundry, yet his social calendar for the day is full and he must meet a friend across the galaxy in less than half an hour. There is not enough time to do laundry.

Solution: An a-frame sandwich board that mostly covers a person's naked body reading "SORRY, HAD NO CLOTHES". And it hovers.

One of Futureball's top players suffers from deep-seated feelings of guilt for the opponents he has bested in combatition. With every waking breath he painfully recalls each moment of victory in his career and imagines how it must have hurt the other man, from winning the world championship to the most inconsequential plays. This perverted sense of compassion is tearing the player up on the inside, and is only one of many major mental problems that need to be addressed for the well being of him and his family.

Solution: A performance diminishing drug, guaranteed to give the Futureball player's opponents the edge.

A man and his spouse (or conjoined twin) are expecting a baby, but during the space sonogram they decide that they don't want to find out what sex it is. Ever.

The happy couple will become so engrossed in Holo-Ace's holographic hijinx that they will forget they even have a child they need to feed and care for.

Moments before the most important presentation of his career in front of several thousand investors, the president of a prominent robot hat company (as in hats robots wear, not robotic hats) suddenly finds himself overwhelmed by stage fright. He doesn't think he can go on, but the future of the company depends on this presentation.

Solution: A nanobot designed to induce projectile vomiting and incontinence in the businessman the moment he steps onto the stage, giving a perfectly valid excuse for him to go home instead of being subjected to the horrors of public speaking.

The janitor who works in the universe's largest laser weapon research facility keeps losing his set of master keys, which would of course be devastating if the wrong person were to find them. If there were only some way he could always know precisely where the keys were, like with some sort of tracking device embedded in his brain...

Solution: They're on the desk, behind that lamp.

My only wish is that I could live to see the day that these ideas come true, and that I had made the layout of this article a little bit nicer.