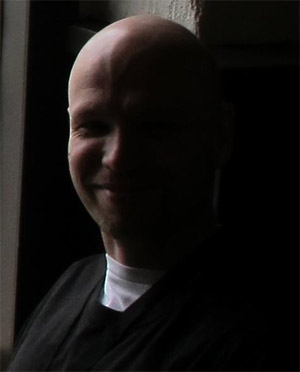 Sean Smith was a veteran Foreign Service Officer of the US State Department. He was killed on September 11th, 2012, when the consulate where he was temporarily stationed in Benghazi, Libya was overrun by armed attackers. He was 34 and leaves behind his wife, Heather, and two young children, Samantha and Nathan.

Sean went by the nickname "Vilerat" on our forums when he registered in 2002. When he became a mod of SA's political forum in 2009 he stuck with Vilerat. He used the same name on EVE Online, where he was a hugely influential diplomat for the Goonswarm guild, and he used Vilerat for his email address. He was so fond of the nickname he never bothered to register a more professional email, even after ten years at the US State Department.

When he was handed a form he sometimes smirked when he got to the email entry and filled in "Vilerat@gmail.com." He might have found it just as amusing to see all the great tributes to him forced to reconcile their effusive praise with calling him an unpleasant rodent.

It is no surprise there have been so many tributes to him. Vilerat made connections with everyone he met. He was friendly, smart, and generous with his time. He was beloved by his family and colleagues, and he will be dearly missed. He loved to post about seeing the world with his family, sharing pictures and talking about teaching his kids to cook or trying to get them hooked on video games. His family will no doubt pay him a fitting tribute when he is laid to rest in the coming days.

You can read about his experiences on EVE Online, one of his favorite hobbies, in a very thorough tribute from his friends in the Goonswarm guild and a tribute from CCP, the company behind EVE.

He was also beloved by the community here at Something Awful, a community he helped shape, particularly in his three years as a moderator of Debate & Discussion. He also contributed heavily to the Foreign Services thread on SA, which gave State Department employees and those interested in foreign service a chance to network. Vilerat helped many goons get jobs working for the State Department. He was proud of what the thread represented.

That network came in handy when he was getting into Libya at the start of September. He had some problems with his visa and a fellow goon working in the foreign services helped get him sorted. When he was departing, he warned his fellow mods that his internet would be spotty and someone might have to help cover for him in D&D while he was in Benghazi. "September to October" he assured the mods, with some gallows humor about another mod heading to Yemen and how SA might need a couple more mods soon.

Vilerat's slot as a moderator of D&D won't be opening up anytime soon. Mods may come and go, but nobody can take over for him advocating for world diplomacy, shepherding discussions and always bringing good humor to the most contentious of debates.

His humor occasionally took the form of elaborate pranks, sometimes played on rival EVE gamers, and sometimes played on everyone. Vilerat once created a tattoo featuring the lightning bolts of his much-beloved Chargers combined with the image of an armless dragon. His pals good-naturedly ribbed him about it and people who hated him posted it on our forums to try to make him angry. Curiously, whenever anyone met him in person and asked to see the infamous tattoo he would get a smirk on his face and politely refuse.

It's almost as if he never had the tattoo at all.

We are in the process of establishing a fundraiser to assist Vilerat's family. In the meantime, if you would like to contribute directly to his family via Paypal, you can send funds to Vilerat@gmail.com. Please use the "Personal/Gift" option to avoid any hassle. When a proper fundraiser is up and running there will be a notice posted in the forums.

Please remember those killed, Ambassador Chris Stevens and security agents Glen A. Doherty and Tyrone S. Woods, as well as those Libyans who fought and died to protect the consulate.


Goodbye, Vilerat, from all of your friends at Something Awful. 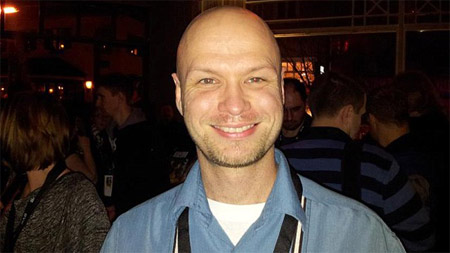