The Second Coming of the Internet 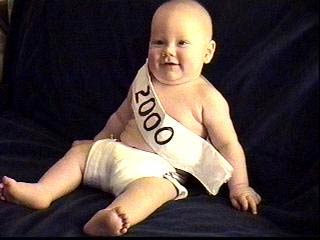 YOU RUINED MY LIFE!By my crude calculations, we're well into year four of the Y2K crisis. I believe the standard prediction for Y2K was something along the lines of "we're all going to die violent deaths at the hands of machines, just like in the hit Emilio Estevez movie Maximum Overdrive." Unfortunately, as much as we all wanted to come face to face with evil and look into the murderous eyes of a deranged Casio keyboard playing a MIDI elegy demo, our dreams never came true. Technology survived intact, as did we all.

I had high hopes that Y2K would be the death of the human race, or, at the very least, the death of the Internet. I remember watching the constant media coverage on New Years Day hoping that at any second, nuclear missiles would rain down upon my humble little town, transforming it into a desolate wasteland where even poison berries feared to grow. Instead, nothing exciting happened. Years of doomsday scenario hype vomited up another ordinary day. Worse, my computer still worked, and so too did the Internet. Foiled again!

Why would I want the Internet to die? Maybe it's because the Internet brutally murdered my dreams of one day starting a BBS where I could showcase my fantasy ANSI and ASCII art. Maybe also because I think you can only take something so far before it eventually tires out. By the year 2000, the Internet had already been around in some form or another for nearly 40 years. One of the sustaining myths about the Internet is that Albert Gore, the former president of vice, created it with his bare hands out of environmentally conscience materials. This myth originated from a drunken speech Al Gore gave where he took credit for the Internet, man landing on the moon, and the idea of pirates wearing parrots on their shoulders. In truth, the Internet evolved from Arpanet, a government network of computers spanning across the country capable of serving as a backup means of communication in the event of nuclear catastrophe. A product of the 1960s, Arpanet was named after its creator, Johnny Arpanet, who had a dream to one day build an edible space computer that could survive reentry into the atmosphere. Actually, I lied about that last part, and mostly because I'm hungry. The point I'm getting at is that the Internet is very old. It's old and it needs to be replaced. 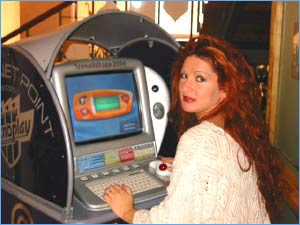 Internet usage makes people uncomfortable, as demonstrated in this actual photograph.To add one last tire to the great intellectual tire fire that I am fanning with my incendiary words, think about this: if you owned a couch and somebody had some really nasty sex on it, would you feel comfortable sitting on it? Now imagine every pervert in the world has had sex of some sort or gotten off on that couch, coating it with bodily fluids and everything else imaginable or unimaginable. After all that, any sane person would want the couch vaporized. Ladies and gentleman, the Internet is that couch. It's time we shoot it in the head and throw it out of a moving vehicle like so many unwanted hobos.

It's not like we don't have other opportunities. Right now, astronauts are up in space putting the finishing touches on Internet2, the sequel to the Internet. Like all good technology, Internet2 is based around taking an existing idea and making it better. In this case, by adding a "2" to the word "Internet." This may seem like a simple marketing ploy and an even smaller step in the right direction, but it's oh so much more than that. It's about reclaiming what was once useful and pure from the savages who took a brilliant piece of technology and used it to share pictures of people crapping themselves with the world. It's a chance to fill in all the potholes on the current information superhighway with solid gold spikes, so that when we do suffer a blowout, we do so for the most pretty of reasons. 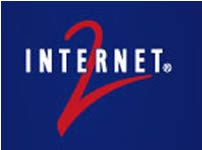 I have high hopes for Internet2 and the information revolution it spawns. I think it will be much more informative than the current information revolution, which mostly seems to be about discussing Star Trek and spoilers for upcoming WB sitcoms. Besides, I think we can all agree this current Internet is just a passing fad, like poodle skirts and beehive hairdos. In the off chance the architects of Internet2 are reading this Internet1 site in hopes of getting suggestions for Internet2, I'd like to share some of my feature requests. If you want your Internet2 to be twice as good as the current Internet, please incorporate the following:

Include extensive photographic galleries of Battleship pegs from a variety of different angles. Too many times have my searches for photos of game pegs from Milton Bradley's Battleship ended without reward.

Livejournals and similar exercises in human monotony should be outlawed. There is no room for trivial fodder in the greatness of Internet2! Your personal feelings belong inside you, locked up and waiting to explode.

Have a committee comprised of men of good social standing screen every picture. Photos or illustrations depicting anthropomorphic animals should be strictly prohibited, as should anything else deemed "retarded, inappropriate, or degrading to humanity."

Entire network should be built around IRC chatrooms. In fact it should be based on mIRC, complete with pictures of the software author for no reason whatsoever.

IP addresses should be static and bar-coded into every user's neck so that they can be easily identified in real life, and, if necessary, subjected to harsh Internet2 IRL justice.

Webcams should be outlawed along with outlaws so that it won't matter if only the outlaws have outlawed webcams.

Make it so running a website requires an operator's license subject to revocation and severe penalties if abused. Strictly forbid websites dedicated to discussing Star Trek or any other science fiction series, with especially strict penalties for extrapolating ideas, thoughts, and stories not covered in the show.

Develop a machine that subtracts T-cells for every piece of junk mail sent out by an Internet2 user. Develop safeguards against suicide spammers.

Make it use text two speech technology so that we don't half two type anything ever again.

I suppose there is a lot more that could be done to make Internet2 better, but my other ideas for that mostly involve swapping the "2" for a bigger number or the letter "X". All I know is that we busted this Internet up, so we need a new one. Let every wretched person who doesn't qualify for citizenship on Internet2 go down with the sinking ship. We won't have you, but the unforgiving crush depths of the ocean will.

What? An ICQ Prank?

After a year and a half hiatus, I guess we're back with a new ICQ Prank of some sort! In "Cactus Frankie vs. Smash Tokyo Jesus Fist 2000," we witness one brave Internet user's crusade against a cruel and tyrannical computer hellbent on stripping away his right to create a game based off "Night Trap" by banning him from the Something Awful Forums. Will Cactus Frankie get a sweet combination of revenge and $10 back? Will the Automated Service Support program help Cactus Frankie achieve his poorly-spelled dream of incoherency? 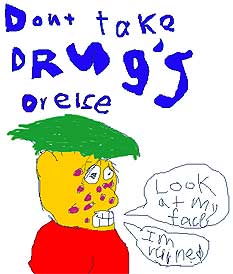 Lowtax: Excellent. QUESTION #2: If you could change one thing on the Something Awful Forums, what would you change?

Find out the answers to all these questions and many, many more in today's exciting ICQ Prank! Huzzah!